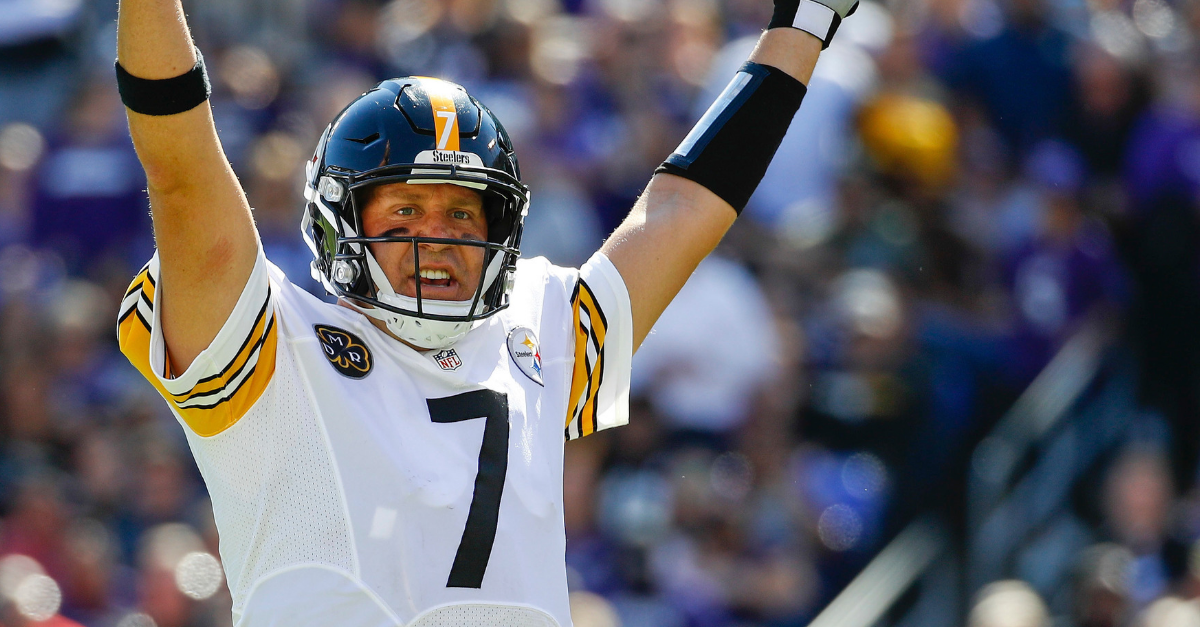 I was born waving a Terrible Towel. The Pittsburgh Steelers and that city are in my blood, and I’ll bleed black and gold until my dying day. The Rooney family, who’ve owned the franchise since 1933, make smart decision after smart decision, but what they’re planning for quarterback Ben Roethlisberger’s final years just doesn’t make sense.

Big Ben and the Steelers agreed to a two-year contract extension through the 2021 NFL season that’s worth $68 million. That includes a $37.5 million signing bonus and $30 million injury guarantee, according to ESPN’s Adam Schefter. During the final three-years of his career, Roethlisberger’s contract will pay him $80 million, plus an additional roster bonus each year.

Ben Roethlisberger’s two-year extension is worth $68 million, and includes a $37.5 million signing bonus and an additional $30 million in injury guarantees, per source. Roethlisberger had one year at $12 millon left – and now has three at $80 million – $67.5 gtd.

Roethlisberger’s new deal makes him the third-highest paid player in pro football in terms of average base salary behind only Russell Wilson and Aaron Rodgers. He’s also the highest-paid NFL player ever who’s at least 37 years old. (Drew Brees is next on that list at 40 years old, but he only makes $25 million per year.)

But wait a second. Didn’t Pittsburgh just dump two All-Pro players in Antonio Brown and Le’Veon Bell because they wanted TOO much money?

As ESPN’s Max Kellerman pointed out, NFL players are supposed to get paid for what they’re going to do and not what they’ve already done. This contract is all about who Roethlisberger was and not who he could become.

“I think that once you win [the Super Bowl], you’ve got 53 guys who can say what it took, but right now, [Ben’s] the only one [on Pittsburgh’s roster], so I have no problem with him,” Steelers General Manager Kevin Colbert said on February 20. “He can call me out, and that’s fine.”

These comments came after Ben received backlash from wide receiver Antonio Brown, who tweeted that Big Ben has an “owner mentality” that gives him the right to call out his teammates and coaches without any repercussions.

Brown is right that Ben has a history of calling out his teammates, but it’s not unwarranted. With 13 career playoff wins, Roethlisberger needs only two more to pass Peyton Manning, John Elway and Terry Bradshaw for the third-most in NFL history. If he does, he’ll trail only Tom Brady (30) and Joe Montana (16) on that list.

“I am grateful to the Rooneys and the Steelers organization for continuing to believe in me. It has always been a goal to play my entire career in Pittsburgh. This is home for me and my family, and we love this city. I am as excited to be a Steeler in year 16 as I was when they drafted me. They will get my absolute best.”

The biggest issue with this deal is that the 240-pound veteran QB has the body of 85-year-old man playing checkers at a nursing home.

Alejandro Villanueva, David DeCastro, Ramon Foster and Maurkice Pouncey are four of the best players at their positions along the best offensive line in the NFL, so Ben should be well protected the rest of his career. However, there’s a MASSIVE risk keeping him around for two more years, especially with this kind of salary cap hit.

Through his 15 NFL seasons, Roethlisberger’s suffered the following injuries (that we know of):

Look, Roethlisberger will go down as one of the greatest NFL quarterbacks ever. He already ranks top-10 in career completions, attempts, passing yards and passing touchdowns, plus he owns the 11th-best passer rating in league history (94.2). When Ben is finally finished, he’ll have career numbers close to, if not surpassing, Dan Marino.

Big Ben has six Pro Bowls, two Super Bowls, and is coming off the most productive year of his entire career. Last season, he led the NFL in passing yards (5,129), completions (452), attempts (675) and tossed a career-high 34 touchdown passes.

But $68 million? That’s too much dough for an aging former first-round pick. In my eyes and the eyes of Steeler Nation, the only way Roethlisberger’s new contract is warranted is if he carries Pittsburgh to another Super Bowl appearance before he hangs up his cleats.

It’s highly likely the Steelers will be drafting Big Ben’s successor during a future NFL Draft, but for now, Big Ben’s clock is ticking to prove he’s worth 80 million bucks.