Sports Fill Us With Hate and Jealousy. Just Ask Antonio Brown About It 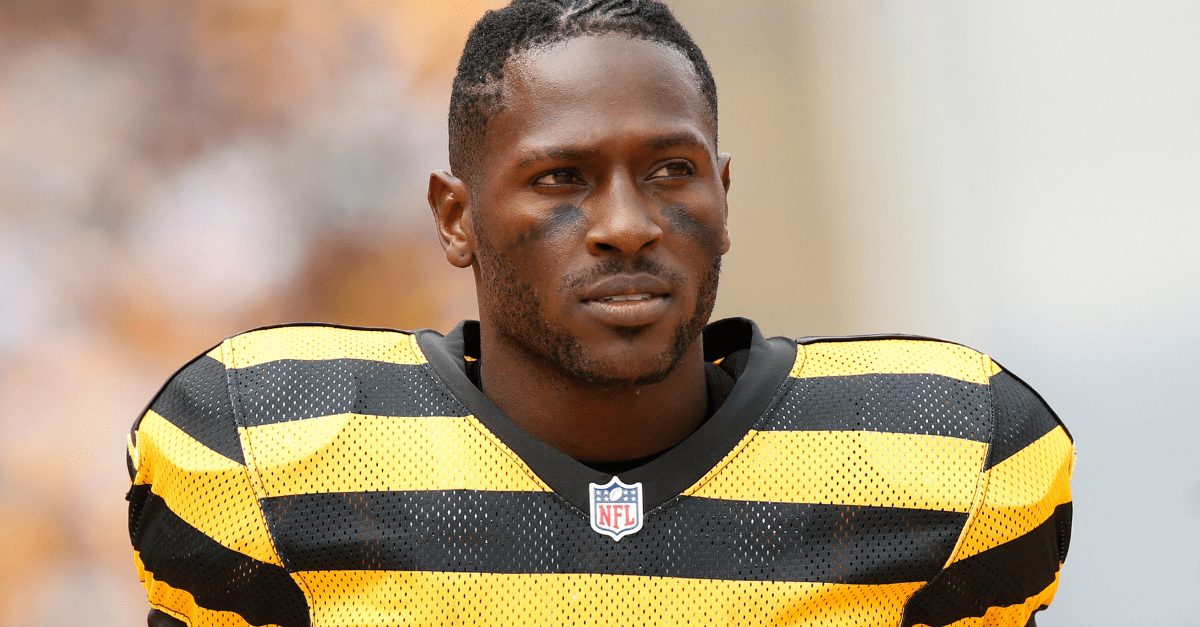 It’s an awesome time to live in Pittsburgh. Sure, the weather changes so many times in a week that you never know what to expect, but the place is thriving. More young professionals and companies come pouring into the city every year. The North Shore ? where you’ll find both Heinz Field and PNC Park ? is hallowed ground, and it’s the only place to be on game days.

Sports are religion here. The average local pastor is probably conducting Mass on Sunday morning and waving his Terrible Towel in the afternoon. This place breeds hometown pride in everyone who calls Pittsburgh home. There’s a common saying that goes: “I Bleed Black & Gold.” But even in a place like this, that passion and love quickly turns to hate at anyone who dares defy the laws of the land. Pittsburgh Steelers wide receiver Antonio Brown is finding that out the hard way.

Brown was unhappy with the Steelers and his role. After sitting out the final game of last season with an “injury,” Brown did everything in his power to distance himself from the organization and make them look like the bad guys this offseason. He publicly called out quarterback Ben Roethlisberger, then pumped his own image in two different interviews, one with ESPN’s Jeff Darlington and another on HBO’s The Shop with LeBron James.

For what it’s worth, he also dyed his mustache blonde and nicknamed himself “Mr. Big Chest.”

When the seven-time Pro Bowl receiver first hinted at leaving, Steelers fans were split right down the middle ? some wanted him to go, others did not. He’d been a legend in Pittsburgh, the perfect underdog story for an underdog city. Heralded as a sixth-round pick who made his own way, Brown is considered the best wide receiver to ever wear black and gold, and that’s big. Hall of Famers Lynn Swann and John Stallworth used to be here.

Brown is 164 catches, 877 yards and 12 touchdowns away from passing Hines Ward as the most prolific receiver in Pittsburgh history.

The team had just missed the playoffs, lost running back Le’Veon Bell in an ugly divorce, and the locker room was fractured after last season. It was the perfect time to escape out the back door and run. Brown will be 31 years old in July and is seeing his career hit the downslope. In desperation, he bashed the organization while simultaneously praising its fans to turn himself into the good guy.

No conflict just a matter of respect! Mutual respect! He has a owner mentality like he can call out anybody including coaches. Players know but they can’t say anything about it otherwise they meal ticket gone. It’s a dirty game within a game. #truth https://t.co/MsSyBVd3Ny

The people of Pittsburgh couldn’t care less, though. Overnight, the city turned Antonio Brown into nothing short of the worst person to ever step foot here, and that’s the problem.

Sports are ugly. Whether it’s the hatred we have as fans for a rival team or players bashing coaches and teammates to bolster their own position, self-preservation is the only constant across sports. If you were born on one side of the fence, you don’t belong on the other side. Sports are ruthless, ugly relationships that touch every emotion ? both high and low ? and remind us that these bonds between player and fan change at a moment’s notice whether we like it or not.

As fans, we’re all guilty of this. Call it jealousy, hate or tribe mentality, but we created this competitive, cut-throat, die-hard atmosphere over who scores the most points at the end of a freakin’ game.

Wouldn't it have really be hilarious if, after all of Antonio Brown’s leveraging to get to a better situation, the #Steelers had sent him to one of the worst situations in the NFL? #Karma@TimBenzPGHhttps://t.co/rvqdbI8XCU pic.twitter.com/Sqoa4y5ytX

Brown’s running mate ? JuJu Smith-Schuster ? was named the team’s MVP near the end of last season. Reports said that Brown blew up during a practice because he wasn’t given the award this year. That jealous act apparently led him to sit out against the Cincinnati Bengals and chastise the team that has given him his entire pro football career.

Brown requested a trade, so he really had no power here. He’s under contract with the Steelers through 2021 and is due over $30 million in that span. Case in point: he’s not going anywhere if owner President Art Rooney II and General Manager Kevin Colbert don’t receive proper value in return. You don’t win six Super Bowl titles by bending over backwards to help a disgruntled player.

The Buffalo Bills, Oakland Raiders, Washington Redskins and Tennessee Titans have all reportedly reached out about acquiring Brown, but nothing has happened thus far. This story is far from over, and things are about as ugly as they’re going to get.