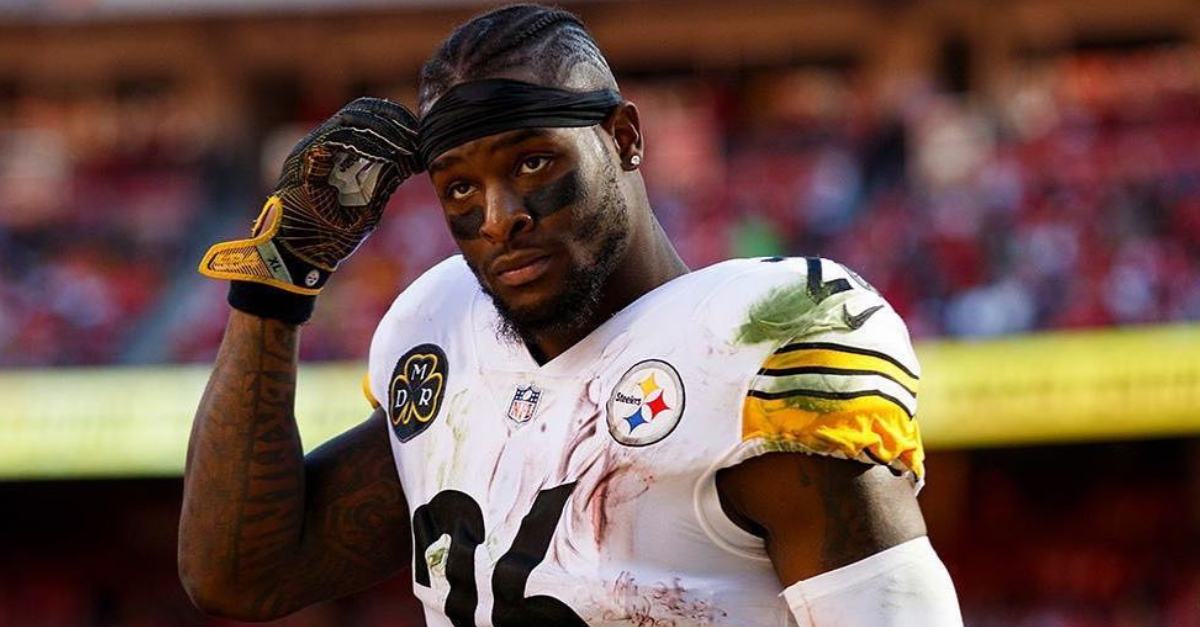 One of the NFL’s toughest rivalry games pits the Pittsburgh Steelers and Baltimore Ravens against each other. The two franchises have a history of bad blood on the field, and they’ll add onto their storied rivalry when Pittsburgh travels to Baltimore on Sunday afternoon.

Notably missing from the game will be still-absent Steelers RB Le’Veon Bell. The All-Pro continues to be a no-show in Pittsburgh while he avoids the team’s franchise tag, even after reports that he’d rejoin the team on several different occasions. Baltimore is preparing for a game without Bell facing them, and one Ravens coach made a few sly comments pushing back at the estranged running back.

Since the second round pick entered the NFL in 2013, Bell has faced the Baltimore Ravens nine times. In those games, he averages 17.8 carries and 80.0 rushing yards to go along with 5.2 catches for 38.7 receiving yards, and he’s scored 10 total touchdowns in those games.

Still, Martindale felt the need to take a shot at Le’Veon’s absence and call out the running back’s legitimacy as Pittsburgh’s lead running back.

“There are a lot of stats [since 2015] that the Steelers are actually better without him. That might be why he’s riding a jet ski down in Miami right now.” — Don “Wink” Martindale, via Jamison Hensley on Twitter

Don’t look now, but an after-school, backyard-style brawl is going to break out in Baltimore.

Don Martindale has been involved in this rivalry long enough to know that word travels fast between Maryland and Pennsylvania. Several Steelers’ players have openly expressed a desire to stop talking about Le’Veon, but you can guarantee that with comments like this, they’re going to do everything in their power to clap back at Martindale’s defense for this.

Then again, maybe the 55-year-old defensive coordinator has a point? Bell might be a three-time Pro Bowl selection, but the Steelers actually have better offensive numbers without him on the field since 2015.

Interesting numbers here. With and without Bell since 2015. #Steelers pic.twitter.com/YSK96FRHBK

The sample size is big enough to see that Wink Martindale’s claim the Pittsburgh offense is better without him has some merit, but then the veteran NFL coach slides in the snarky “riding a jet ski” comment for good measure.

The incident in question was back in September, when Bell’s holdout was fresh on the minds of everybody, and a long time before JuJu Smith-Schuster tried winning the lottery to cover Bell’s salary demands.

The Steelers are winless and Le'Veon Bell is all smiles on a jet ski in Miami.

In these teams last 12 meetings since 2013, the average margin of victory is 8.6 points, and Baltimore holds the edge with seven wins in that span, including a 26-14 victory in Pittsburgh earlier this season.

In Bell’s absence, running back James Conner was named the AFC Offensive Player of the Month for October and is currently fourth in the NFL with 922 total yards from scrimmage and ranks third with nine total touchdowns.

Baltimore versus Pittsburgh is always a slugfest, and the Ravens DC Don Martindale isn’t afraid to stir up some more bad blood prior to a pivotal AFC North showdown.