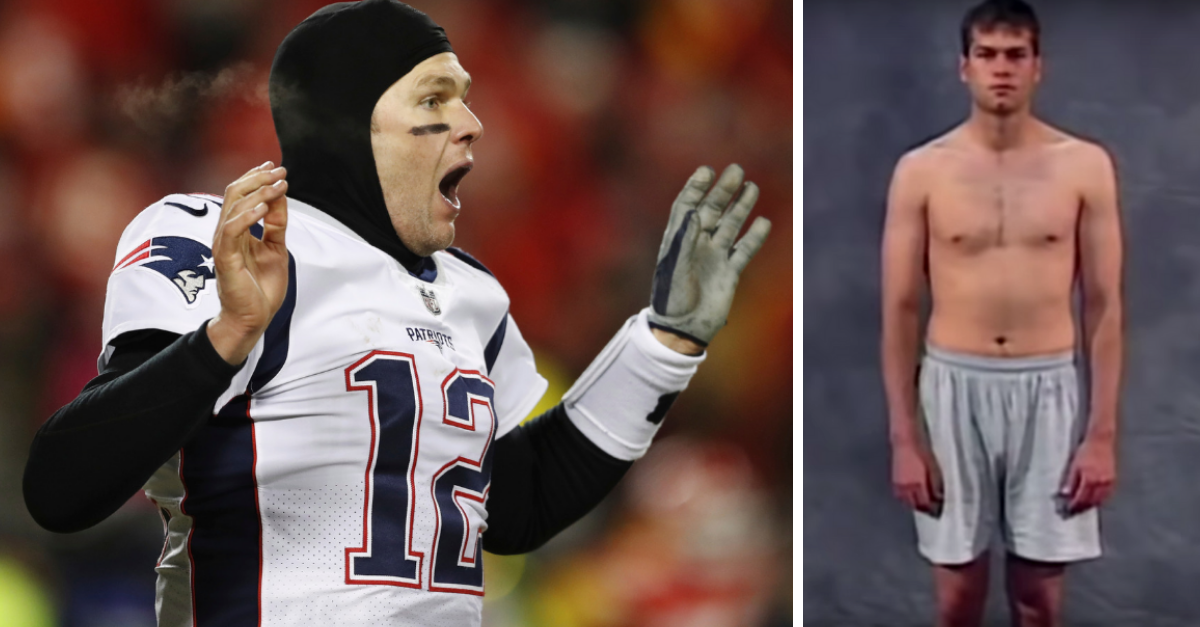 Like him or not, New England Patriots quarterback Tom Brady is pretty damn cool. He was at the 1981 NFC Championship game when Dwight Clark made “The Catch.” He went to the same California high school as Barry Bonds and Lynn Swann. He’s become the greatest quarterback in NFL history, and he’s still not slowing down.

Off the field, Brady is a father to two children with his wife, Gisele Bundchen. He knows that even the G.O.A.T. is just another person that needs to be humbled sometimes, and that includes busting out old yearbook photos to do it.

Prior to the 2019 NFL Draft, Brady took to social media and sent us back in time to the 2000 NFL Draft, otherwise known as the world’s first introduction to 22-year-old “QB 01, Brady.T.”

19 years ago today the @patriots took a chance on the guy in this photo: Me (199) 😂. Thank you to EVERYONE who’s helped me to prove them right! PS: Did they stop taking these photos after mine?? 🤣🤣

“19 years ago today the @patriots took a chance on the guy in this photo: Me (199). Thank you to EVERYONE who?s helped me to prove them right!

“PS: Did they stop taking these photos after mine??”

Rather than a future first-ballot Pro Football Hall of Fame quarterback, Brady looks more like that little guy on the door to the men’s room. He’s just… so average.

Tom Brady was just trying to impress scouts at the 2000 Combine.

Even after Brady (finally) put his shirt back on, he delivered one of the worst combine performances ever put on paper by a draft prospect. His 5.24-second 40-yard dash, 24.5-inch vertical jump, and 99-inch broad jump would’ve all ranked dead last among quarterbacks at this year’s NFL Scouting Combine.

The Michigan Wolverine was selected 199th overall in the sixth round by New England and never looked back.

If I had six Super Bowls, three league MVP awards, 14 Pro Bowls, a Comeback Player of the Year award, more NFL records than you can count, and a 1997 College Football National Championship ring, I wouldn’t think twice about making fun of myself, either.

Brady’s the perfect example of not caring what other people say about you. If he listened to everyone who made fun of an unflattering picture at the NFL Combine and simply quit, he wouldn’t be the greatest NFL player ever at his position.

Like Brady, learn to laugh at yourself every now and again. I’m sure you can think of an embarrassing photo from the past, too.

This article was originally published April 19, 2019.

WATCH: Tom Brady’s Net Worth Reminds Us Why He’s the Greatest