This Obscure Tom Brady Stat Quietly Trumps Any of His Records 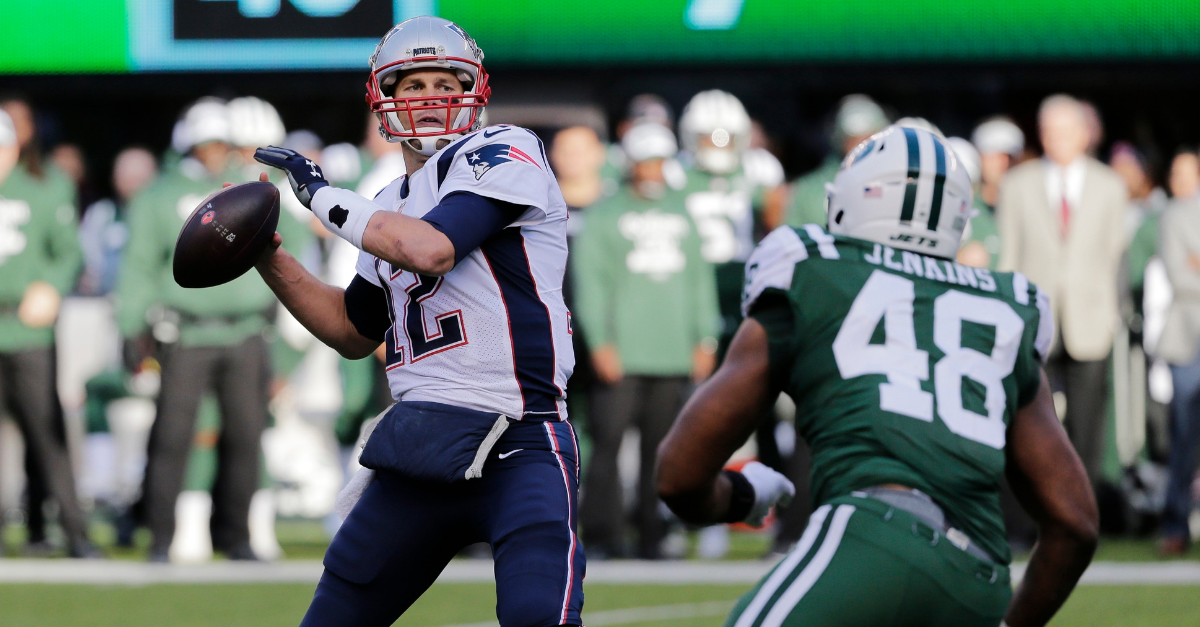 In case you didn?t know, New England Patriots quarterback Tom Brady is a big deal. He can hit receivers in a moving golf cart, has fans tattooing his autograph on their arm, and is worth more money than most of us could ever dream of. Oh, and he?s pretty darn good at football, too.

On Sunday, in the first half against the New York Jets at MetLife Stadium, the 41-year-old Brady became the NFL?s all-time leader in total passing yards, topping future Hall of Fame quarterback Peyton Manning. That includes both the regular season and playoffs.

A couple of weeks after the Patriots suffered a head-scratching loss to the Tennessee Titans, Brady looked like he was back in form following the team?s bye week. The offense was clicking on all cylinders, especially with running backs Sony Michel and James White dominating on the ground, too.

The NFL?s total passing yards record is great. It?s honestly not too surprising given Brady?s longevity and success in the playoffs. He currently ranks fourth all-time behind Drew Brees, Manning and Brett Favre for passing yards during the regular season.

But what if someone told you he had the most rushing yards lost due to kneel downs in the NFL over the last 25 years?

Get ready to have your mind blown because that is true. According to The Athletic?s Jeff Howe, and the friends at Pro Football Reference, Brady has lost 211 rushing yards just due to kneel downs, which is the most since the PFR kept track of those statistics in 1994.

Tom Brady has lost 211 rushing yards due to kneel downs. That’s the most in the NFL since 1994, which is how far back Pro Football Reference can sort those stats. https://t.co/VrmOs2vS6z

It might not be an official record, but it?s so impressive that it quietly trumps any record he might have.

With 13 NFL Pro Bowl selections, five Super Bowl rings, and three NFL MVPs, Tom Brady, who is not known for his running whatsoever with just 995 rushing yards this century, has won so many games in his career that he has lost OVER TWO FOOTBALL FIELDS worth of yards in victory formation.