Tom Brady Autographs Crazed Fan’s Arm, She Gets It Tattooed 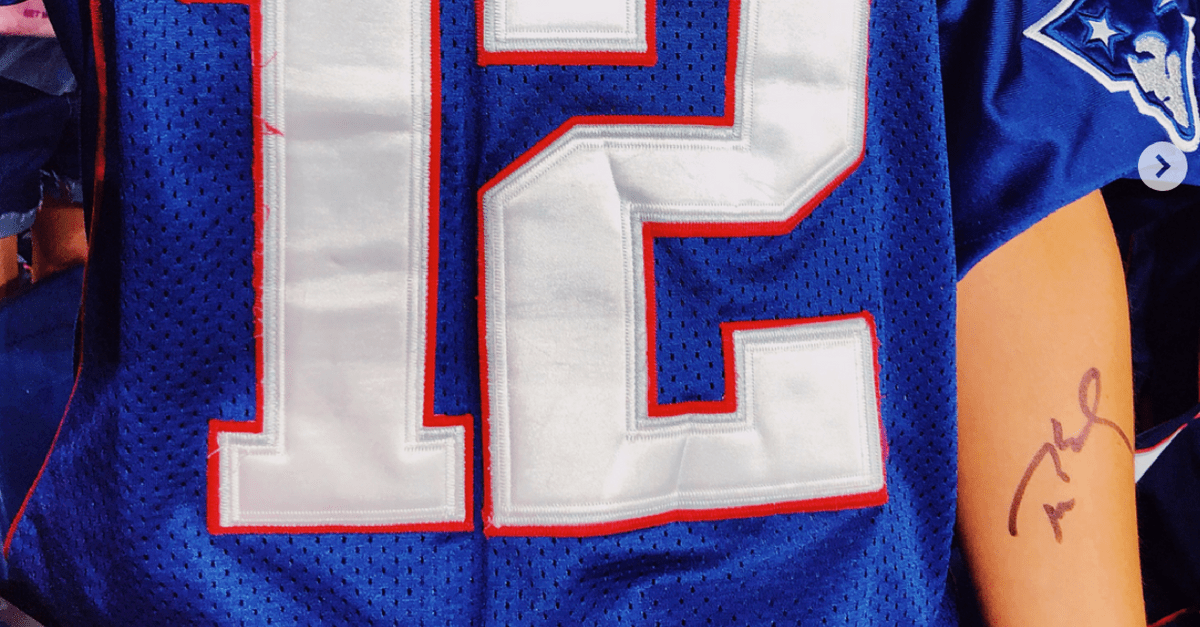 As Tom Brady made his way toward the stands at Gillette Stadium, the crowd piled into the front row crazily seeking an autograph from the New England Patriots star quarterback. It seemed like a rather normal thing, until it wasn?t.

Most fans came prepared. They had footballs, helmets, caps, shirts and jerseys all waiting to be signed by the five-time Super Bowl champion signal caller. Then, there was the wild idea of 19-year-old Megan Uhrynowski and her friend, Gary.

?Gary had given me the idea like, if you get Tom Brady?s signature, ?Why don?t you have him sign your arm and get it tattooed? and I?m like, ?That is just a great idea,?? she told WHDH-TV.

You can guess what happened next.

The 40-year-old Brady signed the blank forearm, because why not? After all, he was just seen launching a football to a receiver on a moving golf cart.

Uhrynowski, a college student from Connecticut, thanked the legendary quarterback and screamed.

The following day, Uhrynowski made TB12?s signature permanent at a Connecticut tattoo parlor.

Oh, the things people come up with and strangely do in college.

?He just signed it and I was freaking out, it was probably like the coolest thing,? Uhrynowski said.

Hopefully she still feels that way in about 20 years when people ask her about the weird calligraphy on her arm.

Nevertheless, this is a real thing that happened, and all documented.

Can football season just hurry up and get here already?

READ MORE: The Most Philly Gender Reveal in Philly History