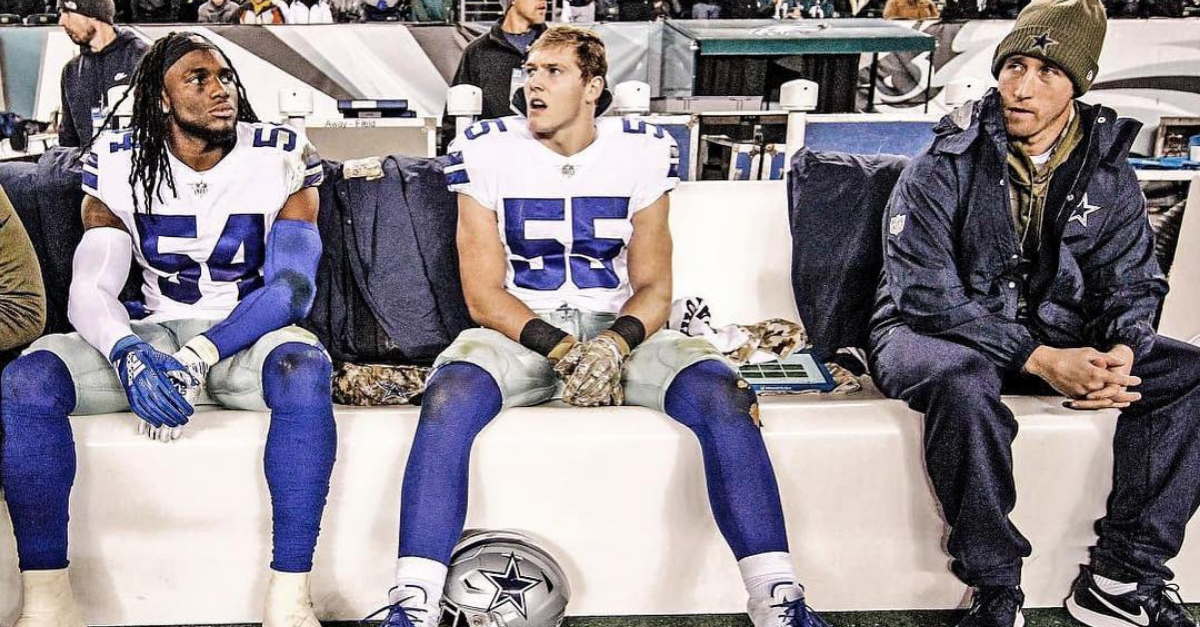 Now that the NFL Pro Bowl selections were finally announced, we can step back and look at remarkable seasons from the league’s premier players. After that, let’s take a second step and pick out the stars who actually deserve to play in the glorified exhibition at Camping World Stadium in Orlando, Florida.

There are a few omissions from this year’s Pro Bowl rosters that make no sense. The game is more of a popularity contest than a reflection of how well these guys actually played this season, but I guess if the Pro Bowl is going to have any significance, only the cool kids get to play, right?

Some positions are just right, though. While New Orleans running back Alvin Kamara and Carolina all-purpose weapon Christian McCaffrey weren’t selected, there’s no way Ezekiel Elliott (DAL),Todd Gurley (LA Rams), and electric rookie Saquon Barkley (NYG) shouldn’t be playing when they rank one through three in rushing yards and all-purpose yards in the NFL.

Still, some stellar seasons were passed in favor of head-scratching selections, and here are the five positions that fans got dead wrong:

The Seattle Seahawks linebacker put together another stellar season in his seventh season. Wagner started every game aside from Seattle’s Week 2 loss to the Chicago Bears. Across 13 starts, the Utah State Aggies product ranks ninth in total tackles (113) with his big highlight coming against the San Francisco 49ers when he returned an interception 98 yards for the score. All that said, there’s at least two other players more deserving, and one wears a star on his helmet.

It's rare to see rookie linebackers performing as well as Leighton Vander Esch and Darius Leonard are in 2018.https://t.co/nffhUaeuel

Dallas Cowboys linebacker Leighton Vander Esch is being heralded as the next Brian Urlacher, and he’s living up to that hype as a rookie. The 19th-overall pick in the 2018 NFL Draft appeared in all of Dallas’ first 14 games, but he’s only started nine of them. Vander Esch still ranks sixth in the NFL with 117 total tackles with the third-most solo tackles (89). Plus, he’s already picked off two passes. Only having two inside linebackers in this game is a shame because this kid from Boise State deserves to be there.

New England Patriots quarterback Tom Brady is the best signal caller in NFL history. If you want to try and debate his body of work — from the most total passing yards ever to five Super Bowl titles — you haven’t been watching football for the last two decades. Sometimes, though, even the greatest of all time needs to be brought down to Earth. Brady’s year isn’t nearly as good as the quarterback who beat him at his own game.

The Steelers quarterback either leads the NFL or ranks in the top-5 in completions, attempts, passing yards, passing touchdowns, and quarterback rating. After surviving the Le’Veon Bell circus to start the season, Pittsburgh beat the Patriots near the end of the season, and they’re on track to win the AFC North once again. Big Ben might get dogged for throwing 15 interceptions this year, but when he’s the captain of the ship, you’re going to take a lot of good with some bad on the side. Heck, I’d be fine if Colts quarterback Andrew Luck made it over Brady, too. Then again, he is Tom Brady…

Hands down, this is the biggest snub of them all, and it’s not even close. Darius Leonard was the 36th player selected in the 2018 NFL Draft from South Carolina State. Not only did he resurrect his team’s defense, but the Indianapolis Colts linebacker also leads the NFL in tackles (146), which is 22 more than the second-most from Carolina Panthers linebacker Luke Kuechly. Also, Leonard leads all inside linebackers with 7.0 sacks to go along with 12.0 tackles for a loss through the first 14 games. I don’t care if you have to send Tom Brady or Aaron Rodgers home. Not getting Darius Leonard into this game is a total flop.

Yeah, we’re taking this party all the way down to the special teamers. Giants kicker Aldrick Rosas’ pick must mean that he had a giant contingent of Giant fans voting for him. Rosas ranks 10th in points scored (109) on a bad offense. He is 28-for-29 on field goals this year, but did the second-year pro really deserve to go when another NFC kicker has 20 more makes and attempts than he does?

Couldn’t be happier for all of my teammates who were selected to the Pro bowl! Nothing but a chip on the shoulder with more motivation! #WhoDat #RingChasing

Saints kicker Wil Lutz trails only Houston kicker Ka’imi Fairbairn (who also didn’t get picked) and Rams running back Todd Gurley in total points scored this season. The third-year pro out of Georgia State missed just one extra point, same as Rosas, and his only missed field goal came from 44 yards out against the Browns in Week 2. Since then, he’s made 25-straight field goals through New Orleans win over Carolina. So, yeah, even kickers get snubbed.

If you can find a good reason why Los Angeles Chargers wide receiver Keenan Allen is going to the Pro Bowl, please let me know. He doesn’t rank among the 10-best pass catchers in receptions, receiving yards or receiving touchdowns. He’s fumbled three times, which is the most among wide receivers aside from Chris Godwin and D.J. Moore, who both have four. Maybe West Coast bias earned him the nod, but another California-native is blowing the doors off him this year.

In some people’s minds, the second-year receiver should actually be going instead of his teammate Antonio Brown, who still leads the NFL with 13 receiving touchdowns. Where Brown hasn’t found success in volume, JuJu Smith-Schuster has exceeded all expectations. The USC Trojans product is ranks sixth with 95 catches and 1,274 receiving yards. What’s more important is that he ranks fourth in the NFL averaging 13.4 yards every time he touches the football. Smith-Schuster is young, explosive, and he’s going to watching the Pro Bowl from home.

There are always arguments for and against players making what is ultimately an exhibition, but all five of these guys put on a show in 2018. Some may still make the game as players decline the invite and choose not to play, but their omissions as Pro Bowl snubs just make no sense.

READ MORE: These 6 NFL Rookies are So Good They Already Made the Pro Bowl