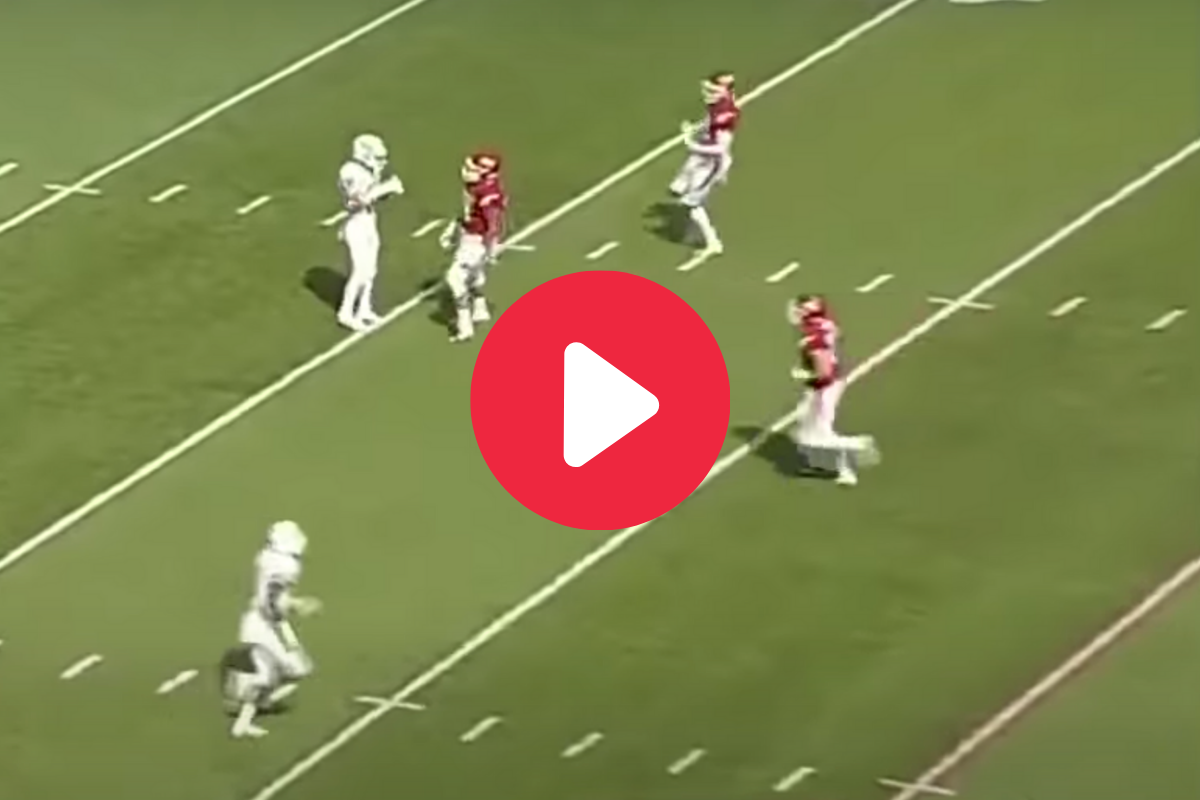 Midway through the first quarter, already with a quick lead on the road, North Texas sophomore punt returner Keegan Brewer fielded a punt and stood on his own 10 yard line. No, really, he just stood there and waited for Arkansas players to get around him. What happened next is as awesome as it was confusing for the host Razorbacks that Saturday.

Instead of tackling the 5-foot-11 return man, who was standing with just one blocker within 10 yards, the Razorbacks started to jog off the field because they thought it was a fair catch. However, the whistle never blew and Brewer housed the punt return for a 90-yard touchdown on ESPN’s SEC Network.

In a NCAA college football and NFL world filled with trick plays, this one to give the North Texas Mean Green a 14-0 lead over the SEC’s Arkansas Razorbacks at Donald W. Reynolds Razorback Stadium was absolutely brilliant.

There were four Razorbacks within five yards of Brewer. There was another standing a few yards away, too. Any of them could have made a play. And when they all started heading toward their sideline, Brewer took off and had the rest of the special teams unit ready to block for him.

“One of them actually asked me why [the referees] didn’t blow the whistle,” Brewer, a Corinth, Texas native, said. “I didn’t say anything. As soon as he passed me, I knew it was go time.”

It’s understandable why the first half trickery worked. Everyone inside the stadium who wasn’t on the North Texas sideline thought it was a fair catch. Brewer didn’t signal for a fair catch, though, and the result is one of the greatest highlights of the week and perhaps the play of the year.

The best part? North Texas dismantled Arkansas, 44-17, after beating SMU and Incarnate Word to start the season. There is no doubt the fake fair catch punt return helped head coach Seth Littrell’s Mean Green steal the momentum for the remainder of the game, too.

Could you imagine if a team like LSU, Georgia, Clemson, Oregon or even the New England Patriots pulled off something like this fair catch trick, too?