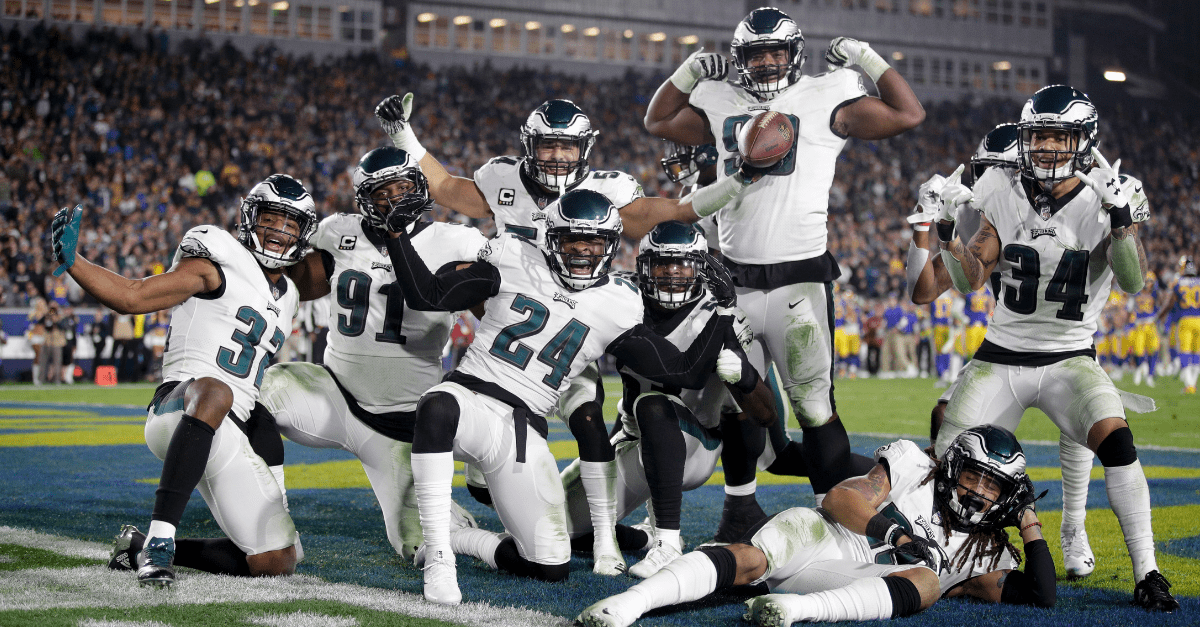 NEW YORK (AP) ? Professional football ? the lifeblood of live television this time of year ? illustrated its dominance in the ratings this past week.

Add in three pre-game shows, and football accounted for seven of Nielsen’s entries.

RELATED: The Cris Collinsworth Slide-In Belongs in the Pro Football Hall of Fame

Similarly, the 18.1 million people who watched NBC’s “Sunday Night Football” were nearly 10 million more than “The Voice.” CBS’ lineup has a broader base of support and no pro football in prime-time, but it should be noted that its highest-rated show, “60 Minutes,” comes on after football on the East Coast.

ESPN was the week’s most popular cable network, averaging 2.4 million people in prime time. Fox News Channel had 2.04 million, Hallmark had 2.02 million, MSNBC had 1.91 million and USA had 1.31 million.

Four of the top 10 TV programs of 2018 were @NFL games. Without the #NFL, Fox and CBS would not have a top 10 TV program. Research by @Nielsen. And, all 10 were in the first three months of the year. pic.twitter.com/NFn7iAjG3b

ABC’s “World News Tonight” topped the evening newscasts with an average of 8.9 million viewers. NBC’s “Nightly News” was second with 8.6 million and the “CBS Evening News” had 6.4 million