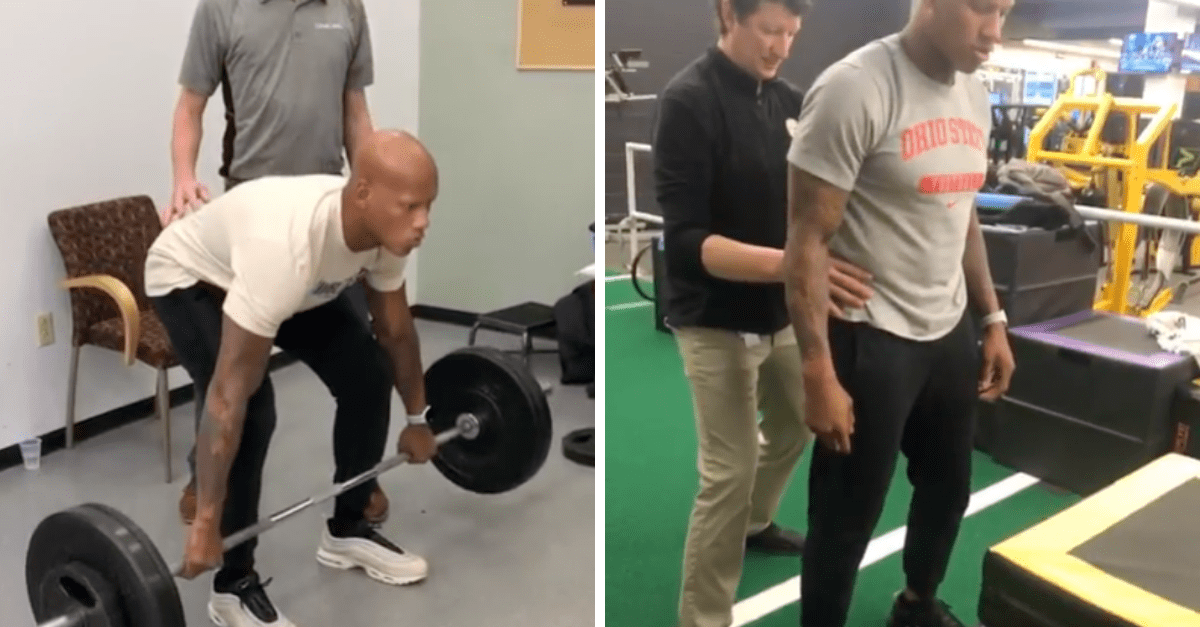 On December 4, 2017, the Cincinnati Bengals hosted the Pittsburgh Steelers for an AFC North divisional showdown. What started as just another Monday Night Football Game in the NFL season turned into a life-changing day that re-opened everyone’s eyes into the dangers of playing football.

Pittsburgh Steelers linebacker Ryan Shazier was coming off a Pro Bowl season in 2016 and was the leader of Pittsburgh’s defense in his fourth pro season. Bengals wide receiver Josh Malone caught a short pass across the middle, and like he’d done 302 times as a professional, Shazier closed in to make another tackle. However, Shazier’s 303rd tackle would change his life forever.

The former All-American linebacker at Ohio State dove forward to make the tackle, and his head collided with Malone’s hip. The 25-year-old Pro Bowler immediately reach for the center of his back, rolled over, and every football’s fans biggest fear had been realized.

Three days later, Shazier underwent spinal stabilization surgery to help repair his injury. The concern was no longer about the Pro Bowl linebacker playing football again, but about if this young man would ever be able to stand and walk again.

But just like his fighting spirit from the start, Shazier slowly began to make progress.

Shazier posted the first update showing him using a wheelchair at the Steelers practice facility. Things were progressing slowly after his spinal injury, but he was at least out of the hospital with the help UPMC neurosurgeons and the Steelers team physicians.

I want to thank the Lord for the first downs that he has been allowing me to achieve. The touchdown is going to come in his timing, but today was a first down. I was finally able to make it to practice with my teammates. It’s great to be back for practices and meetings. Just to be able to feel a part of it means the world. So I’m working harder than I ever have to get back. Ive been making strides over the past month and continue to make progress. Taking it day-by-day, but I’m far from done. The Lord has not finished his work yet. I want to say thank you to the fans and Steelers Nation for the prayers. If it wasn’t for my family, friends and your prayers I wouldn’t be were I am now. They have lifted me and my family through this journey and I ask for you to continue praying for me, as I continue to work daily on improving my health. #Shalieve#Steelers#prayfor50

One month later, Shazier posted a photo standing alongside Steelers quarterback Ben Roethlisberger. Pittsburgh had honored their teammate throughout the end of their season having his jersey on the field, but seeing Shazier standing for the first time, albeit with Roethlisberger’s help, gave hope that he would actually win this uphill battle.

I’ve had a lot of 1st downs at UPMC, but you know being the defensive guy I am, my mind is on 3 and out. With that being said, I want everyone to know that I’m moving on to the next step of the process. Today’s a big day for me as I’m officially being released from the hospital. I want to take a moment to thank the people who have helped me the past two months. First and foremost, I want to thank God because at the end of the day I don’t think I’d be making progress without His vision and hands protecting me and my family. I will continue to trust in Him and thank Him, because it all starts with Him. To my family: you’ve been my rock. Words can’t express how thankful I am for you Michelle, RJ, Mom, Dad, and VJ for always being there for me. You’re my everything. To Jerome: my trainer and best friend. Thank you for being there from day 1 and every day after continuing to push me to be better every day. I’d like to thank Dr. Okonkwo, Dr. Harrington, Dr. Maroon, and Dr. Schroeder for their amazing work on my procedure and continuous care. I can’t appropriately express how grateful I am for how quickly you’ve helped me bounce back. I want to thank the medical staff at UPMC for their amazing care, support and therapy they have given me- especially Joe, Nikki, Karolina and Dani. I know the staff will continue to help me find a way to keep on pushing as we continue therapy. The support from my teammates has been truly amazing. From former players to current players and their families- they have helped me and my family day to day with visits and gifts. We can’t thank you enough. I want to thank Mr. Rooney, Coach T, Mr. Colbert, and the entire Steelers organization for the unwavering support they’ve given me. I knew they were an amazing organization, but more than ever they’re family to me. Lastly, I want to thank Jimmy, Candice, and the CAA Sports staff for being here when I need them most. I don’t know if I’d be where I’m at or making the progress I’m making without you guys. I want everyone to know that all of the support and prayers are absolutely being answered. I will continue to work hard and push and find a way back. #Shalieve #Steelers #prayfor50

A few days later, Shazier showed up to take in a Pittsburgh Penguins game at PPG Paints Arena. When the camera landed on him, a standing ovation came, and he did something that still gives you chills to see.

With help, Shazier stood and saluted the Pittsburgh fans that had shown him so much love with the “Shalieve” movement during the first two months of his recovery.

A well-deserved STANDING ovation for this guy.

In April, Shazier did something that many people never thought would be possible again after his gruesome injury. He made a surprise appearance at the NFL Draft, and announced the Pittsburgh Steelers first-round pick of Terrell Edmunds by walking across the stage with the help of his wife, Michelle.

At the first press conference since Shazier’s injury, and after the Steelers LB had been surprising doctors with his progress, he made a statement that you can bet he still believes in today.

“My dream is to come back and play football again,” Shazier said. “I?ve been working my tail off every day, and I have that in the back of my mind every day I go to rehab.”

After returning to Cincinnati for the first time since his injury, hyping up Steelers linebackers and defense on the field during the regular season, and becoming more and more comfortable walking on his own, Ryan Shazier posted this video of him dead lifting weights almost one year to the day since his devastating injury.

Through the pain and the success. You must always remain HUMBLE!

About a year and half since his injury, Shazier is truly doing things that were thought by many were thought to be impossible. While Antonio Brown and JuJu Smith-Schuster bicker back and forth on social media, Shazier posted this update of him doing a box jump onto a three-foot box.

The simple equation behind his success? Shazier captioned the video by saying, “DEDICATION = HARDWORK + PATIENCE.”

Shazier’s rehab process is the most inspiring story in the NFL in a long time. He may never play professional football again, but to see him go from lying motionless on the turf at Paul Brown Stadium to get to this point is simply incredible.

If you haven’t picked a favorite NFL player of all-time yet, I’d recommend you start with the Steelers’ Ryan Shazier and start “Shalieving” that his progress is going to get better and better.