Nation’s No. 1 QB Prospect Cuts List to 7 Schools, With 3 in the SEC 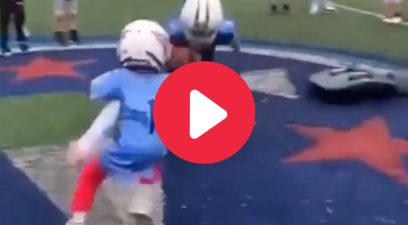 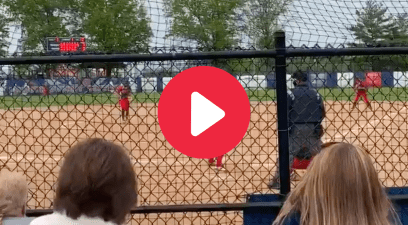 The 2018 college football season is now behind us, and the teams in the Southeastern Conference proved once again how elite the league really is with six different schools ranked in the final AP Poll of the year, and nine total schools receiving votes. Games may be finished, but programs are busy planning recruiting visits for the future, and one of the best high school athletes in the country is beginning to narrow in on his decision.

D.J. Uiagalelei is the quarterback of St. John Bosco Prep in Bellflower (CA), a program that ended the 2018 season ranked No. 2 in the entire country according to MaxPreps. The team finished 13-1, and their only loss came to Mater Dei in the CIF Southern Section Division 1 title game. Led by Uiagalelei’s blue-chip talent, the star quarterback is beginning to narrow in on where he’ll play college football in 2020.

The upcoming senior quarterback is a freak athlete. Not only did he receive his first scholarship offer in the sixth grade, but the 6-foot-4, 235-pound athlete is also likely to be selected in the first round of the MLB Draft — he reportedly throws his fastball up in the 90s.

“Trust in the Lord with all your heart; do not depend on your own understanding. Seek his will in all you do, and he will show you which path to take.”
Proverbs 3:5-6 #Lucky7 pic.twitter.com/fYBaVdzBFk

After being named USA Today’s Offensive Player of the Year in California as a junior, Uiagalelei announced his top schools heading into his final high school football season would be the Alabama Crimson Tide, Clemson Tigers, Georgia Bulldogs, LSU Tigers, Oklahoma Sooners, Oregon Ducks and Mt. Sac, which is a junior college where two of his uncles coach.

When you throw for 3,666 yards, 48 touchdowns and run for an additional 312 yards and six rushing touchdowns as a junior, you pretty much have the option to go anywhere you want.

When 2020 roles around, every school in the country will be doing all they can to get the phenom into their program.

As a sophomore, Uiagalelei threw for 2,733 yards with 29 touchdowns against only TWO interceptions, he ran for another 379 yards, and he led the Braves to a 12-3 record and a second-place finish in the CIF-SS playoffs. Oh, and he didn’t start for the Braves until the fifth game of that season.

Described as part Ben Roethlisberger and part Cam Newton, this kid’s highlight tape is unreal, and whoever lands this quarterback is going to have a day-one starter who looks like he could become college football’s best player in almost no time at all.

Uiagelelei’s focus is on returning St. John Bosco to the top in his senior season, but the big-time prospect figures to be a busy man with his college decision looming. The five-star quarterback recruit is going to change the program he commits to immediately, and watching him work in California’s highest level of high school football is already a lot of fun.