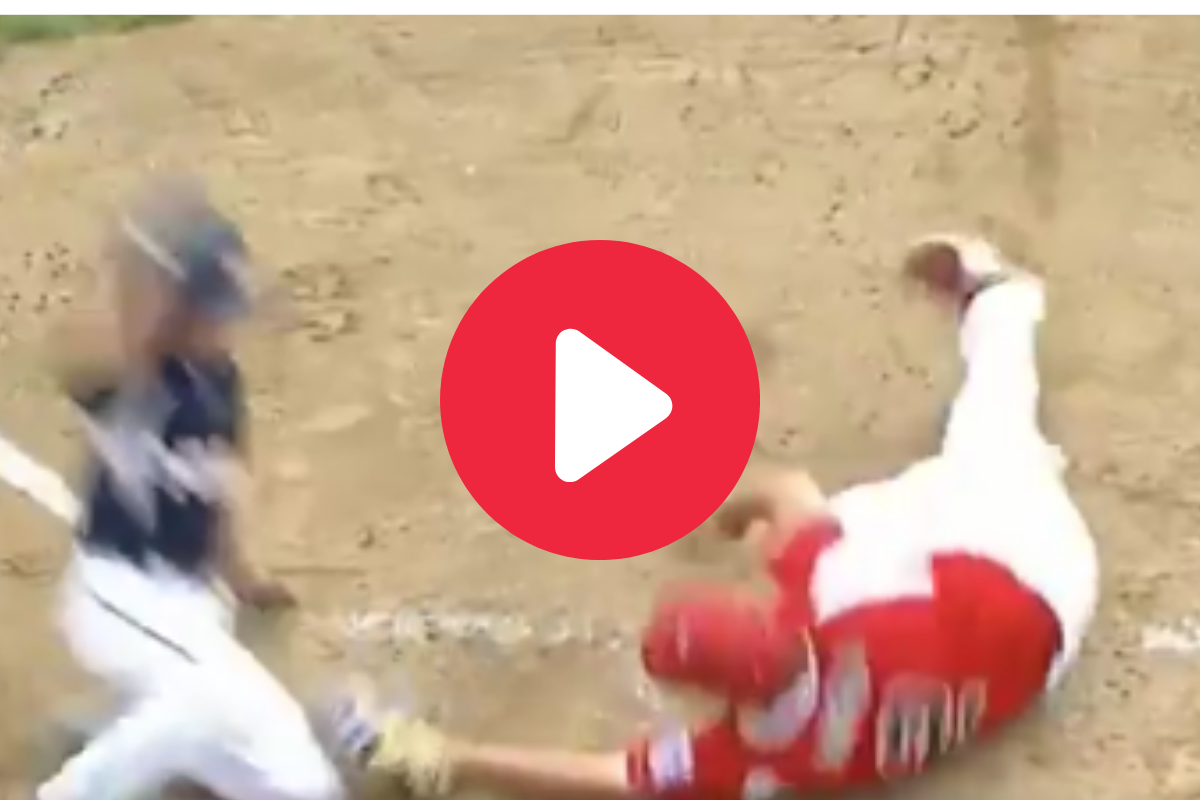 There’s a common saying in sports that goes, “Play to the whistle.”

Every coach on the planet says this at some point to emphasize the importance of playing hard until the very end. This is easier said than done when your team is down nine runs.

A Little League pitcher from Connecticut remembered his coach’s words as he made an incredible diving play to save the game.

full effort to keep it a 9 run game. If the run scored the game would have ended right there pic.twitter.com/TbnUOAhtKM

The Manchester, Connecticut, Little League team is down 10-1 to North Manchester, New Hampshire, in the championship game of the New England Regional.

New Hampshire is in complete control and needs just one more run for the mercy rule to go into effect. They’re in prime position to close out the game with runners on second and third and just one out.

Connecticut pitcher Ryan Gorman throws a wild pitch past his catcher Paul Virdokian. New Hampshire’s Jacoby Acevedo attempts to end the game by heading home. Virdokian throws the ball to the third-base side of home plate. Gorman reaches across his body with all his might, dives, catches the ball and makes the tag in one motion.

The play was spectacular for a 12-year-old or anyone, really. He knew the game would’ve been over if that runner scored, and he gave it everything he had. However, it proved inconsequential.

The game went on…for two more pitches. Ryson Michaud from New Hampshire ripped a single to center to bring in the winning run.

Even though the game was essentially over, it’s great to see the kids from Connecticut giving their all. On the brink of the game’s conclusion or not, it was an awesome play. Perfectly placed throw. Amazing catch.

New Hampshire and Connecticut will both be in Williamsport, Pennsylvania, for the 2021 Little League World Series. Due to the coronavirus, only teams from the United States are participating in the tournament. The champion and runner-ups from the eight regionals make up the field of 16.

Connecticut may have lost, but they proved they’ll play their hearts out until the very end.

MORE: This “Mini Randy Johnson” Threw a Perfect Game & Will Be the LLWS’s Biggest Star