Gary Sheffield first captivated the world as a 12-year-old in 1980. Cody Bellinger did the same 27 years later in Williamsport, Pennsylvania. Mo'ne Davis became an overnight celebrity when she dominated the Little League World Series.

The LLWS is where tomorrow's baseball stars are born, and Gavin Weir sure looked like the next in line. Meet the "mini Randy Johnson" who threw a perfect game in regional play and is helped (carried might be the better word) his South Dakota Little League baseball team reach the ultimate goal: Williamsport.

Gavin Weir wasn't just your average 12-year-old pitcher. He was a lefty who throws a fastball anywhere from 70-75 mph and a nasty array of sliders, slurves and curveballs that manipulate the air as they zip past batters' bats.

That 75-mph heater, by the way, is the equivalent of a 99 mph fastball in MLB. Little Leaguers throw from a mound that is 46 feet from home plate, while major league pitchers fire from 60 1/2 feet. Do the math and it's obvious these poor hitters don't stand a chance against Weir.

Weir, who played for the Sioux Falls Little League program, dominated the Iowa team from Davenport in a 10-0 win at the Midwest Regional in Whitestown, Indiana.

He struck out 13 of the 15 batters he faced. The other two hit ground balls right back to him. No one else besides the catcher and first baseman even had to touch the ball.

The next day, all Weir did was hit two triples and a home run against Missouri.

Because of those performances, the South Dakota team had a great shot at punching their ticket to Williamsport to compete among the best teams in the country in front of a national audience.

And Weir did not disappoint.

Unfortunately, Sioux Falls would go on to lose in the semifinals to Ohio and then fall in the consolation game to Hawaii, but no one can say that Gavin Weir didn't do everything he could for his team.

Where is Gavin Weir Now? 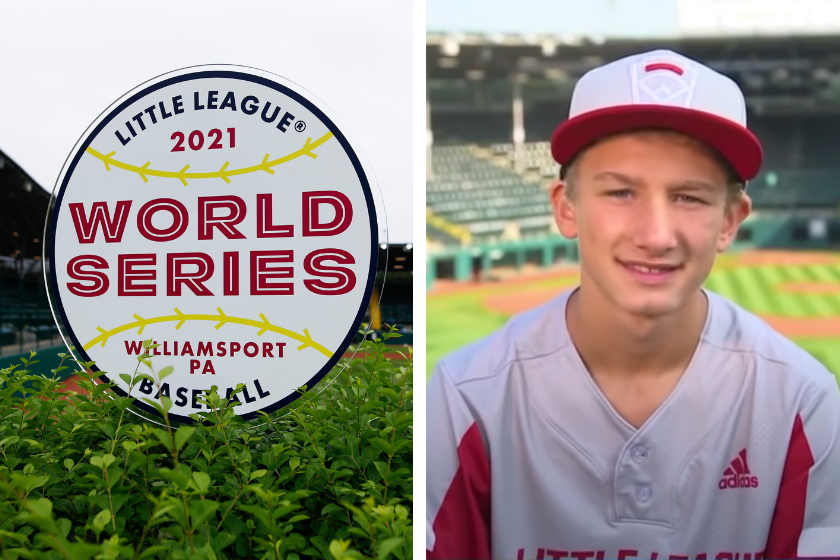 Believe it or not, Weir is still playing ball and dominating on the mound. In the last year, Weir has played travel ball with his father's 5 Tool Sports teams, playing at multiple levels from the U-13 squad and to the U15 and U16 teams. All the while he's been absolutely dominant. How dominant exactly? According to his father, "He had 36 innings pitched in U13 this year, and he had 100 strikeouts, which is insane."

Dad's right. That's insane. But for Gavin, he's only scratching the surface. "My goal is playing in the MLB. And I think by the next year, I want to be able to pitch 90 miles an hour." Batters beware; Gavin Weir plans on bringing the heat. Those "Overrated" chants are falling on deaf ears.

Needless to say, Gavin Weir is a name we'll be hearing in the baseball world for years to come.

MORE: Mo'ne Davis Dominated the LLWS, But Where is She Now?