Mo'ne Davis was a bonafide superstar, and she was only 12.

Before names like Maddy Freking and Ella Bruning became household at the boy-dominated Little League World Series, it was Davis who showed the world playing ball like a girl doesn't exist.

Those that watched the 2014 LLWS know who Mo'ne Davis is. Shoot, Ellen Degeneres, Billie Jean King and Michelle Obama not only knew of the phenom but praised her. Athletes in the sports world like Mike Trout, Kevin Durant, Magic Johnson and Russell Wilson gave her shoutouts as well. She was on top of the game like no one else, and she's still playing a sport she loves to this day.

Mo'ne Davis Becomes the Talk of the LLWS 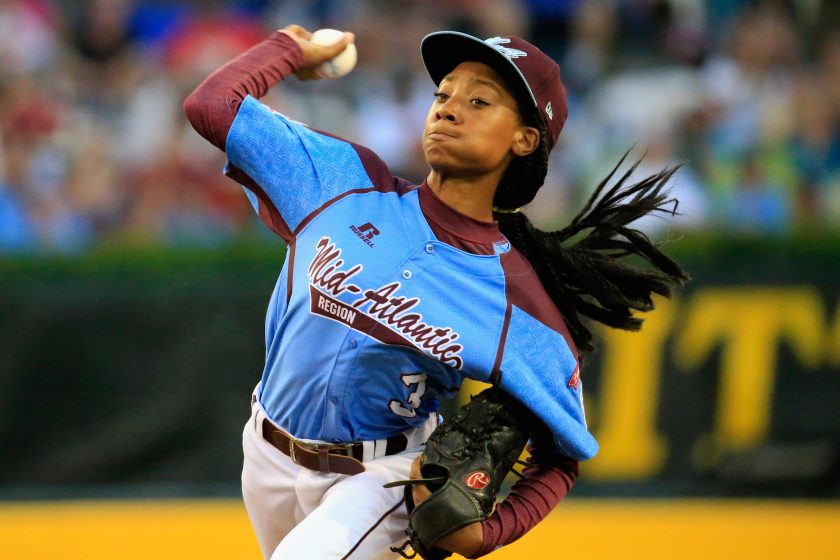 Mo'ne Davis and her 70-mph fastball stole the show in Williamsport, Pennsylvania, where she became the first girl to ever earn a win and pitch a shutout in the tournament after her Taney Dragons Little League team from Philadelphia defeated Nashville, 4-0. She also became the first African-American girl to play in the LLWS.

She wasn't just a girl playing with the boys baseball team. She was wiping the floor with them.

ESPN racked up its highest rating ever for a LLWS game in her Mid-Atlantic team's semifinals game because of Davis. She was dubbed "the most talked about baseball player on Earth" by Mark Hyman, an assistant professor of sports management at George Washington University, in a New York Times article.

Of course, the 13-year-old instantly garnered fans and fame in the United States and across the globe.

She graced the cover of Sports Illustrated and was named Sports Illustrated Kids "SportsKid of the Year" in 2014. She donated her jersey to the National Baseball Hall of Fame. President Barack Obama challenged her to a game of H-O-R-S-E. Spike Lee directed a documentary about her, "I Throw Like a Girl." She released a memoir called "Mo'ne Davis: Remember My Name." She threw out the first pitch in a World Series game that year. She won an ESPY Award. She met Drake.

At just 13 years old, Davis was named one of Time Magazine's 25 most influential teens of 2014.

With her 15 minutes of fame long gone, many have wondered what the now-20-year-old adult is doing with her life. Did you really think the youth baseball star wouldn't still be playing a sport? 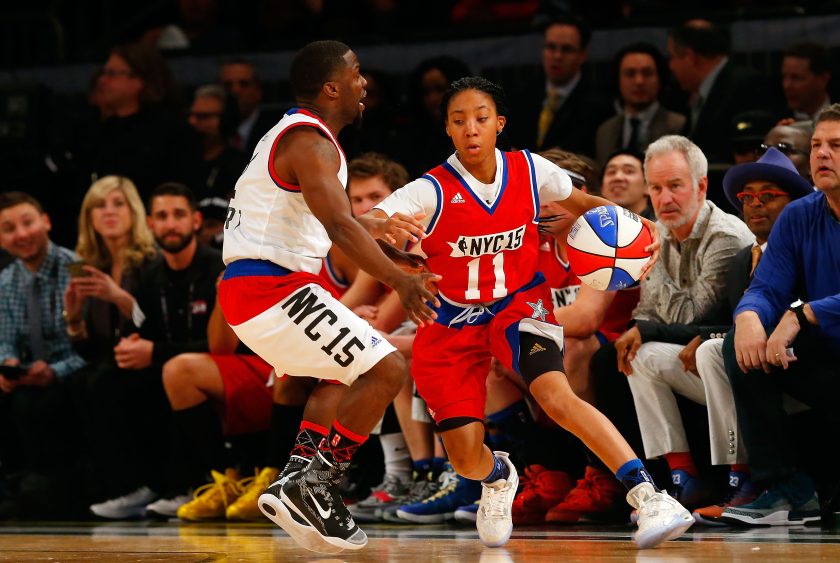 A point guard in high school, she once dreamed of playing for the University of Connecticut and in the WNBA or NBA. She was the only girl playing for her 18U Monarchs team at the Marian Anderson Recreation Center in South Philadelphia, and she told PennLive.com she was one of the shortest basketball players while playing high school varsity basketball.

"I was usually the smallest kid on the court. [Davis is 5-foot-4, the same height she was in 2014.] We had a great group of girls. My last two years playing basketball may have been the most fun even though we did not win many games."

Steve Bandura, one of her coaches for the Monarchs, described to SlamOnline.com why she was so dynamic on the court.

"Even as the boys got bigger and more athletic, we were still a better team with Mo'ne at the point guard, with her controlling and running the show. People don't know when they watch what they're seeing, she has a plan when she comes over halfcourt and sees the defense...She doesn't look at everything but she sees everything."

Davis began to realize her size might hold her back from playing for a powerhouse like UConn, but she still had interest from smaller Division-I schools like Fordham, Longwood and Quinnipiac.

She had other plans, though: returning to the diamond, where she first showed the world her athletic prowess as a Little League World Series star. 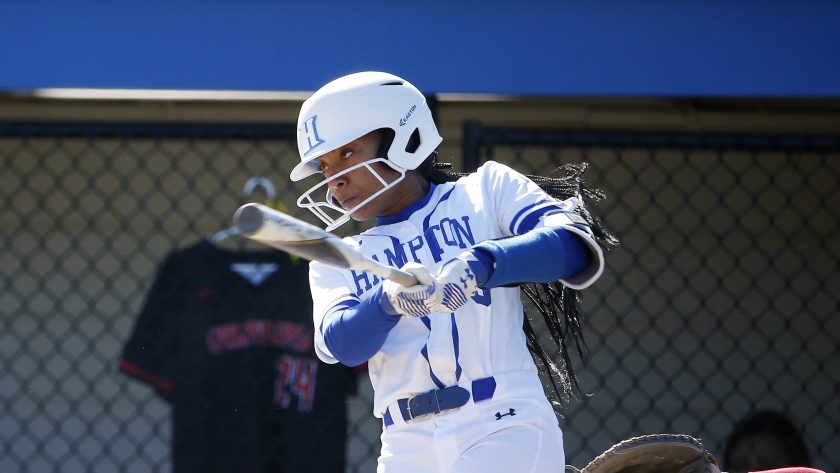 Davis is currently playing softball and studying communications at Hampton University, a historically black university in Hampton, Virginia. She began in the fall of 2019 as a freshman at second base. In her first season with Hampton softball in 2020, she hit .333 in 42 at-bats before the coronavirus pandemic cut the season short. She wrapped up her 2022 season by hitting .219 with eight stolen bases.

Though she played softball, soccer and basketball at Springside Chestnut Hill Academy, she ultimately chose to play shortstop for the Pirates over college basketball somewhere else following an ankle injury her junior year.

Why Davis Attended an HBCU

Mo'ne Davis gives us an all-access look into her first official day as a Hampton University student.

Hampton University is also only six hours from her hometown of Philly, where her mother, Lakeisha McLean, still calls home. Davis explained her need for cultural balance in choosing to attend the HBU in The Undefeated:

"The school I go to now is a predominantly white school. To go to an HBCU, it gives me both sides, experience of being with girls of color [after going to school] with white girls, it gives that balance. I just think it gives me that perfect fit. All of my friends who go to an HBCU love it and they said that I would love it, too."

As for why Davis isn't playing baseball and doesn't have barrier-shattering MLB aspirations, she said she sat on the bench for her one year of varsity ball in high school and felt she was wasting her time and talents. She still pitched for her travel team, the Anderson Monarchs.

Now at 21, though, she's carving out a different path -- one that could lead to the National Pro Fastpitch league, a coaching position or a job in communications. She returned to the 2021 LLWS as an analyst for ESPN's KidsCast broadcast in addition to being part of an ESPN2 broadcast of the Little League Classic MLB game between the Los Angeles Angels and Cleveland Indians in August.

Maybe broadcasting is in her future. There's no telling what Mo'ne Davis will accomplish next.

This post was originally published on August 22, 2019. We brought it back to see where the LLWS superstar is today.