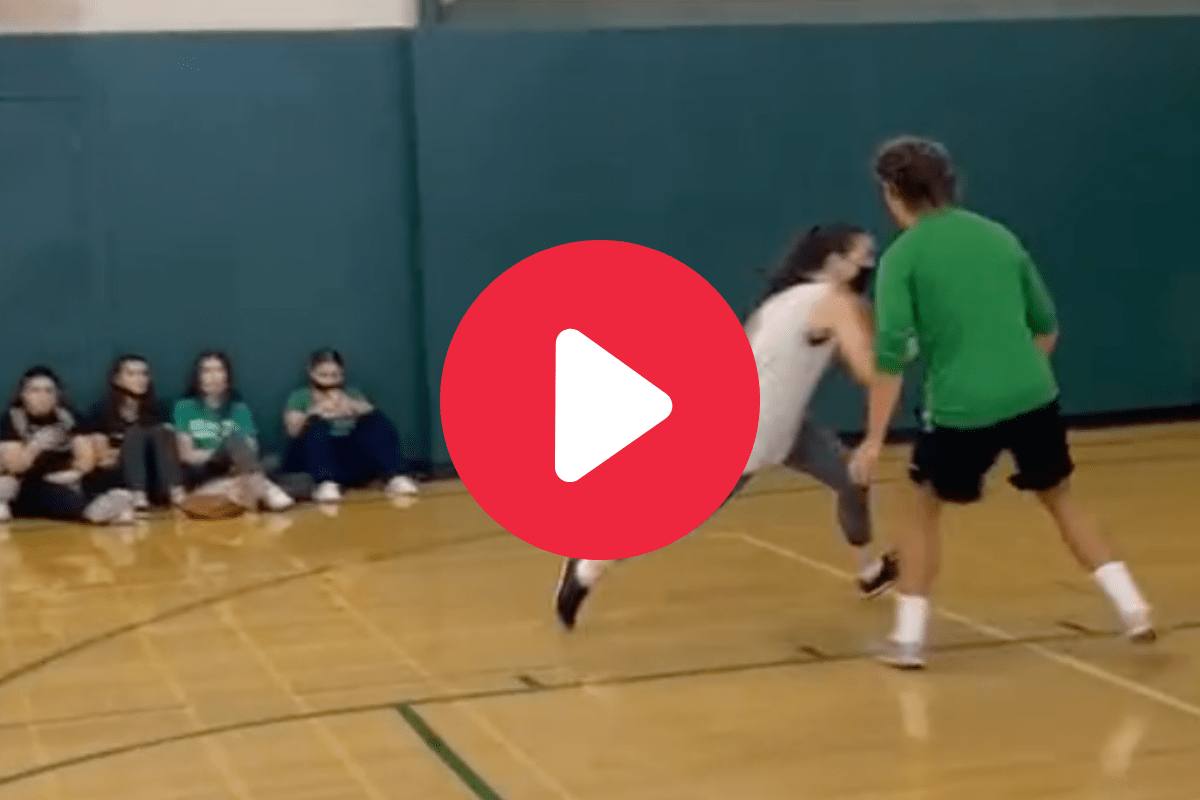 Kids probably don’t realize that their teachers weren’t always teachers. Before they were showing everyone how to do long division or explaining what the Oxford comma is, many worked in other professions, had odd hobbies, or played sports like this backflip dunking science teacher.

But when she was challenged by a student in some one-on-one basketball on the last day of school, she broke out her inner Allen Iverson. Something tells me the students didn’t wait long to look up her basketball past after that.

Ms. Weymouth, or Devyn Weymouth, was a star women’s college basketball player at NCAA Division-I Houston Baptist University from 2011-14. The Huskies guard was named to the Great West Second Team All-Conference as a freshman in 2011.

Now, she teaches english in her hometown at St. Mary’s.

Maybe the student that challenged her inside the school’s gymnasium should have looked her up before trying to guard her.

The minute Ms. Weymouth began dribbling you could tell she knew what she was doing. Despite going up against the much taller student, she drove in and hit him with a nasty reverse layup. Check out the spin off the glass, too.

The entire student body went nuts. It’s a good thing it was the last day of school, because that poor kid wouldn’t be able to show up to class the next day.

Hunter Gutierrez, a fellow student, posted the video to social media app TikTok. It went viral and has picked up hundreds of thousands of views. ESPN reposted it as well.

“She used some English off the glass,” one commenter wrote.

“She went reverse Shakespeare on him,” another joked.

Now the only question is: when’s the rematch?