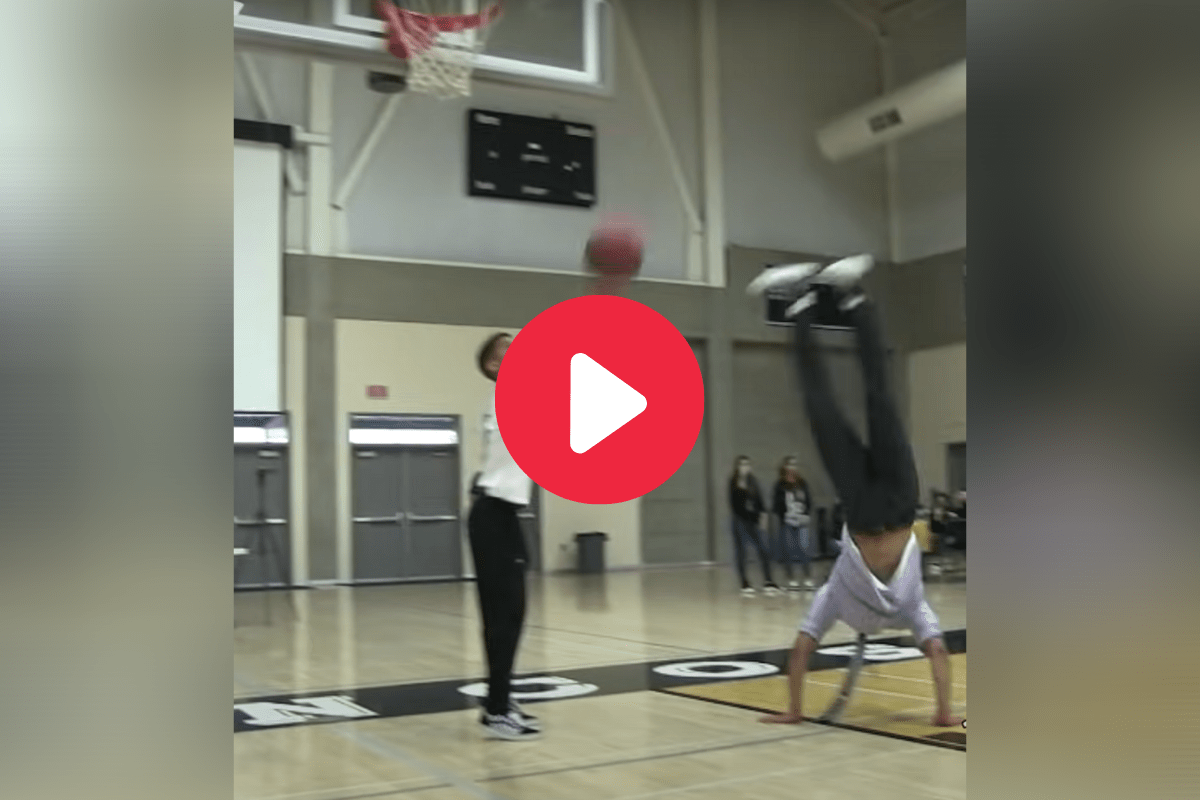 The NBA Dunk Contest has largely disappointed in recent years. From Michael Jordan versus Dominique Wilkins in 1988 to the one-man show Vince Carter put on in 2000, it’s the league’s biggest stars who built this thing into the spectacle it is today. At the 2020 NBA Dunk Contest, Derrick Jones Jr. controversially defeated Aaron Gordon and outlasted Pat Connaughton and an aging Dwight Howard. In 2021, Trail Blazers’ Anfernee Simons won it. It hasn’t exactly been a star-studded event.

Some basketball fans believe professional dunkers should take over where NBA superstars refuse to on All-Star Weekend. Some of these guys can jump out of the gym and would put on an incredible show for fans all over the world. Plus, pro dunkers are just regular people with ordinary jobs like Jonathan “The Jumper” Clark, who teaches eighth grade science at the Clovis North Educational Center in Fresno, California.

During a school function, Jonathan Clark ditched his quarter-zip pullover, untucked his button-up shirt, and put on an incredible show for the students at Clovis North. Clark jumped over students, easily replicated Vince Carter’s iconic “arm in the rim” dunk, and even pulled out a cartwheel, back handspring, catch-and-dunk that got everybody in the gym out of their seats.

If you thought you knew a popular teacher in high school, they don’t come close to this dunking science teacher.

RELATED: This ?Over the Backboard? Game-Winner Was Pure Madness

When he’s not busy dissecting frogs and teaching Clovis North students about the stratosphere, Clark is one of the nation’s top professional dunkers. With an insane vertical leap, Clark was one of 24 people participating in season two of The Dunk King, a television series to find the best dunkers on the planet that aired on TNT, where the winner takes home $100,000.

Clark was an All-American track star in the triple jump at UCLA, but he’s obviously not your typical science teacher. He spent time as a member of the Harlem Globetrotters and has a popular YouTube channel with 43,000 subscribers. He even turned a Los Angeles Lakers game break into his very own dunk-a-thon.

my bro @jclarkthejumper went to the Lakers game and treated the halftime contest like an NBA tryout 😂 pic.twitter.com/mc9KTM5oOm

His full highlight reel wearing appropriate basketball gear is already nuts, but seeing him jump out of the gym wearing slacks and tie? This full showcase that lasted nearly half an hour is going to put Clark even further on the map.

After this showcase he put on, though, the participants in next year’s NBA Dunk Contest better bring the heat if they want to match what “The Jumper” managed to do.

This article was originally published February 14, 2019, but the dunking science teacher is still incredible to this day.