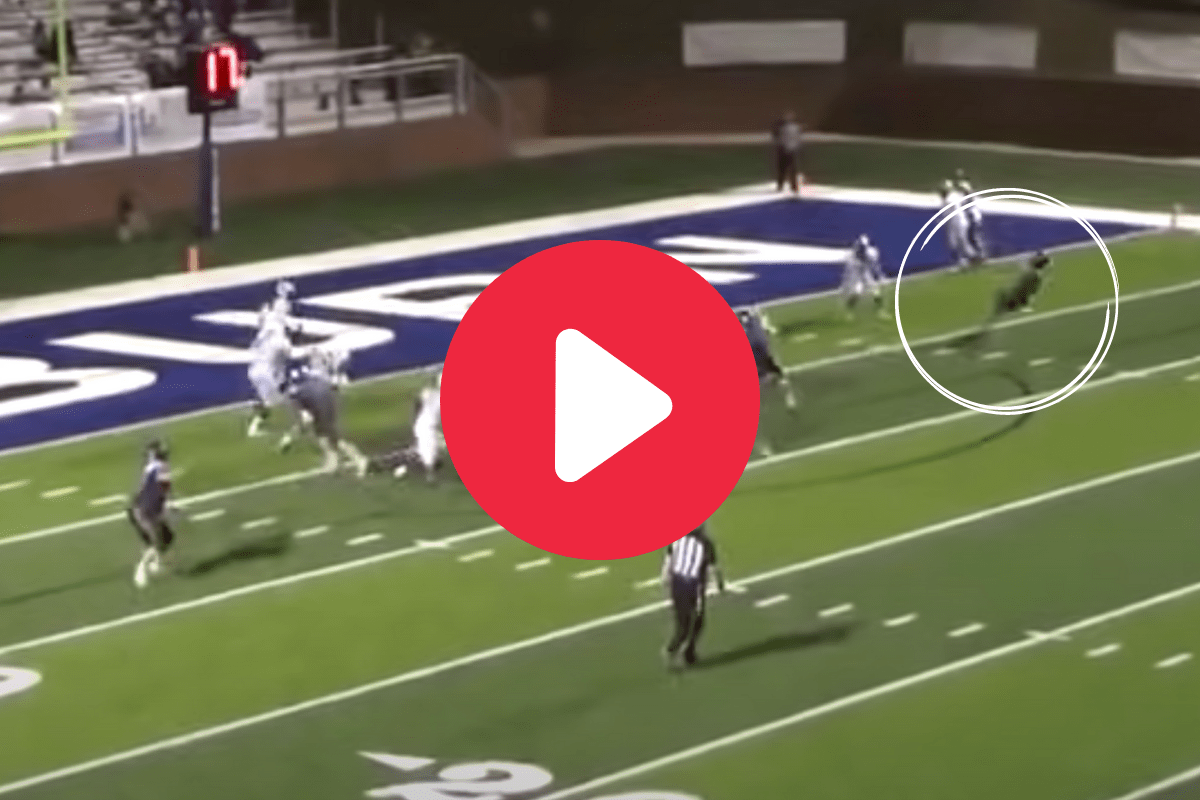 High school football often produces hilarious and entertaining plays and this is no exception. In fact, it might be the play that incorporates the most “tricks” in just a few seconds of game time.

Auburn High School in Alabama provided the play of a lifetime for offensive lineman Luke Stewart, as he was able to catch a tackle screen and take it to the house.

On the surface, an offensive lineman scoring a touchdown on a pass play is always fantastic, but in this case, there was pre-snap shifting and, of course, the phenomenal decoy on the right side of the football field.

Did you see it? Watch the right side of the field.

Prior to the actual scoring play, Auburn’s wide receiver at the top of the screen essentially faints as a distraction and, well, it works perfectly. This isn’t the first time that such an action has taken place in an effort to draw attention from the defense, but considering the play was already of the tricky variety, it was the perfect combination.

This was the play of Luke Stewart’s young career, but it could not have happened without a flawless play design and phenomenal acting skills from one of his teammates.

In the end, this was a symphony on a football field and it resulted in six points.