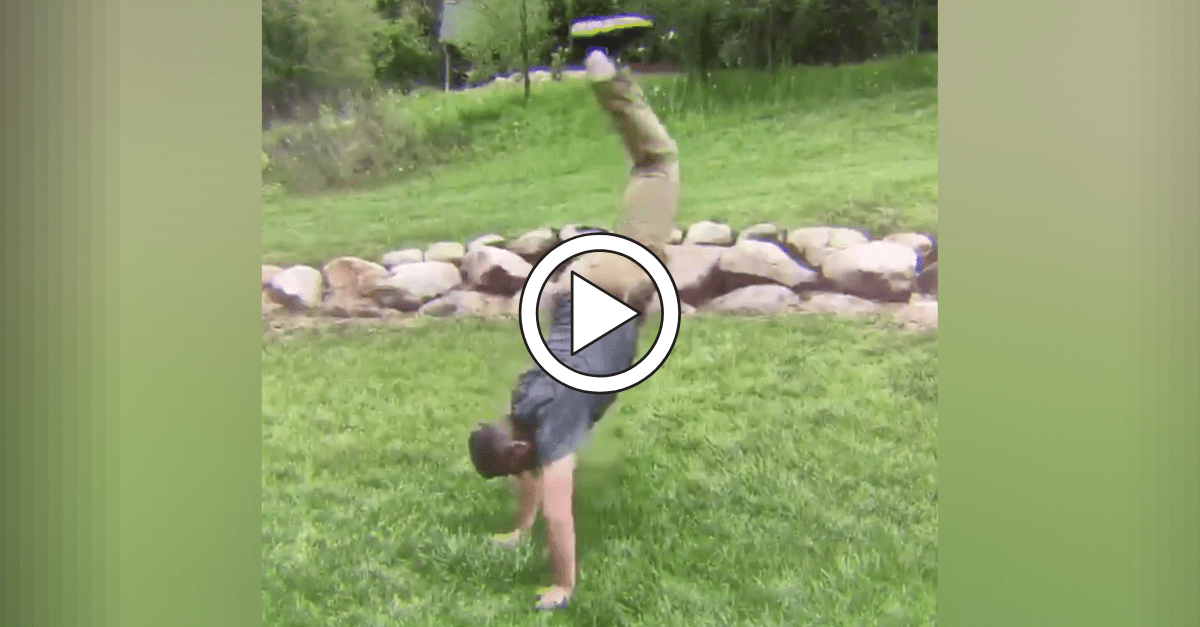 For St. Thomas Aquinas star Jaydon Hood, it was a Memorial Day to remember. Not only did he announce his college football commitment to the Michigan Wolverines, but the four-star linebacker went viral for his social media video.

Getting Hood from South Florida to Ann Arbor is a big deal for Michigan football. He is one of the top inside linebackers in the country, according to the 247Sports Composite. Nothing proved that more than the reaction from the Wolverines coaching staff.

Most coaches share a cryptic message on Twitter, letting the world know they landed a big-time recruit since they can?t reveal names until they sign with the program. Michigan head coach Jim Harbaugh, defensive coordinator Don Brown and linebackers coach Brian Jean-Mary did one better by doing cartwheels and yelling ?GO BLUE!? in the commitment video.

Give it up to four-star linebacker Jaydon Hood. His commitment video had everything. It was meaningful, showed some impressive highlights, and added a creative twist. There?s a reason it already has over 150,000 views on Twitter alone.

Watching Jim Harbaugh do a cartwheel in his khakis wasn?t something we knew we needed during the coronavirus pandemic and COVID-19 outbreak, but it?s out there for the world to see.

?It was actually a very hard decision between Michigan, Miami, and Minnesota,? Hood said, via The Michigan Insider. ?It just came down to what scheme I liked, what things I like, and where I feel most comfortable. And the biggest thing for me was coaching stability. That?s very important to me. (So too are) coaching relationships, culture, tradition, atmosphere, and good campus life because I?ve got to be able to live there. And that competitive atmosphere. I definitely want to play in the biggest games. I want to be a part of that. And I just looked at it? I went pros and cons with every school, and Michigan checked off on everything I wanted.?

Linebacker Jaydon Hood is big-time football player with a high ceiling. He started his career at Cardinal Newman before transferring to St. Thomas Aquinas for his final high school season. Hood recorded 115 tackles as a junior last season, and it won?t be long before the college football world knows his name.