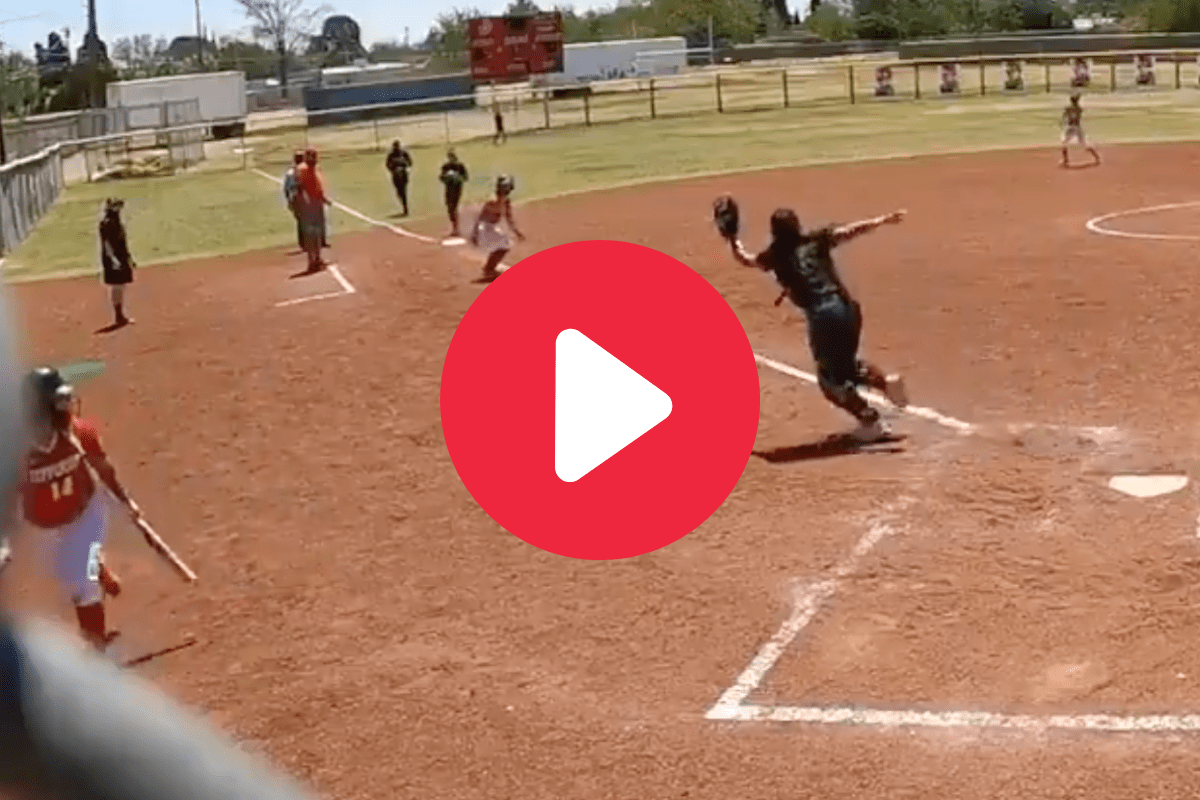 Sometimes you have to wonder if high school umpires are on a team’s payroll.

How else can you explain terrible, awful, no-good blown calls from umpires who appear lazier than even the laziest of Labrador Retrievers? Quick-trigger ejections and missed calls are unfortunately part of the package you get in high school softball and baseball games. Even MLB umpires are downright pitiful at times.

What’s even more sad is when a blown call costs a softball team a game or even worse: a state championship title.

For those asking what happened today, here it is.

Foul Ball
Left field picks up ball
A fan throws in a ball from left field, now two balls on the field
Third baseman chucks the ball to Jeff dugout
Then everyone takes off
Third base gives other ball to blue after play pic.twitter.com/4lY9Xhr80x

Let’s break this down:

The Jefferson High School Silver Foxes of El Paso, Texas were taking on Ysleta High at the state championships on Saturday, May 1.

Jefferson completed a comeback and won 8-4 thanks in part to a controversial play that scored three runs on a foul ball. Yes, you read that correctly.

A Jefferson player hit a foul ball down the third base line while the bases were loaded. Obviously, runners cannot advance on a foul ball and must wait for umpires to resume play for the next pitch if they want to.

The left fielder tossed the ball to the third baseman, who then overthrew the pitcher. The ball skipped past the first baseman and the runners took off for home. A wide throw home allowed a third and final baserunner to cross home.

None of this should’ve counted.

A foul ball is a dead ball. That means if any runner wants to advance they must do so only after the umpire resumes the game. At no point during any of this “three-run error” did an umpire do that. It’s no wonder the Ysleta coach was visibly upset after the umpires converged and still delivered the wrong call.

Jefferson was leading 5-4 in the sixth inning before the play. Ysleta might have gotten out of the inning without allowing the runs and given themselves a fighting chance to tie the game up. Instead, their season was over.

According to KTSM 9, the El Paso Softball Umpires Association didn’t comment on the play or game and “with the outcome already decided, the game is unlikely to be put under protest.”

That’s a crying shame for those Ysleta girls. The umpires at least owe them an apology of some sort for allowing that play to take place.