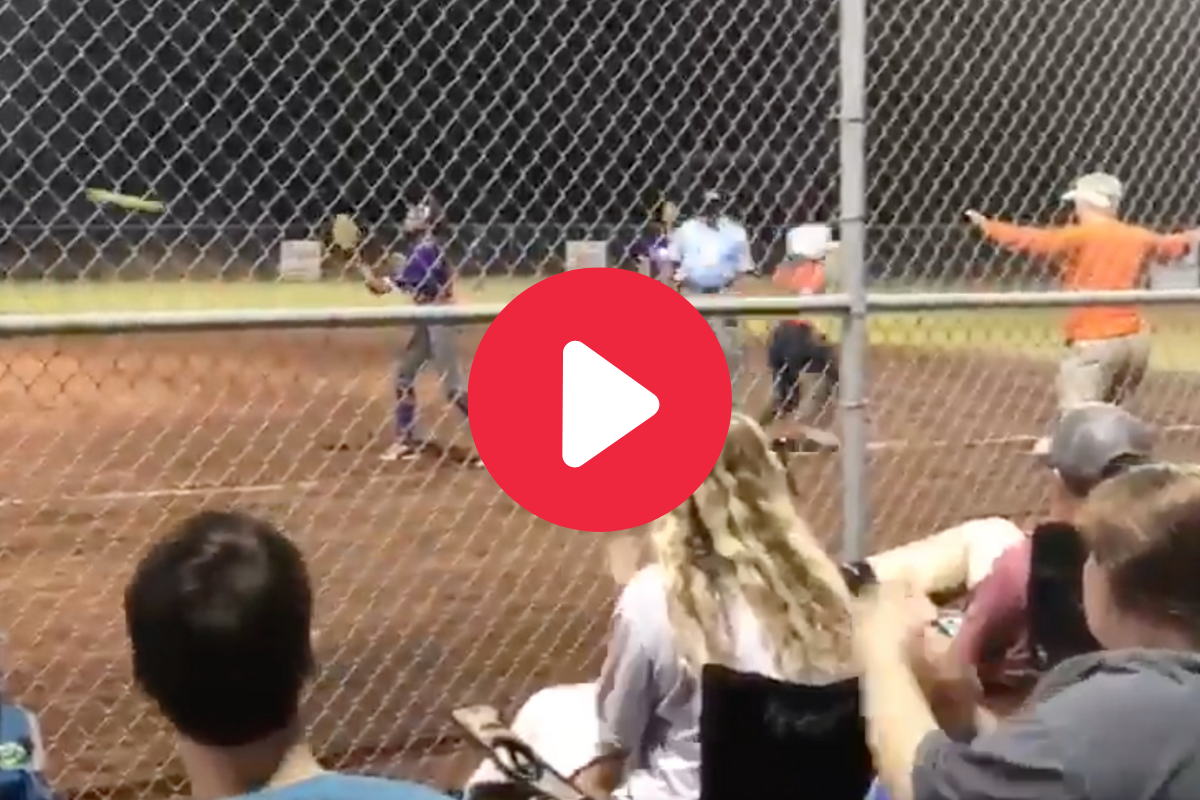 There are bad calls, and then there are inexplicably bad calls.

This one falls in the latter category.

Fultondale (AL) High beat Minor, 19-8, but it wasn?t the final score that people were talking about. It?s a call in which a Fultondale runner was clearly safe, but the umpire called her out.

the umpire called her out.. RT if you think she was safe pic.twitter.com/KoVXa4febo

Check it out. You can see the ball on the left side of the image, and the runner’s foot is clearly on the base.

The clip went viral. No wonder.

MORE: Softball vs. Baseball: Which Sport is Actually Harder to Play?