The 7 Worst Calls in Sports History Should Never Be Forgotten 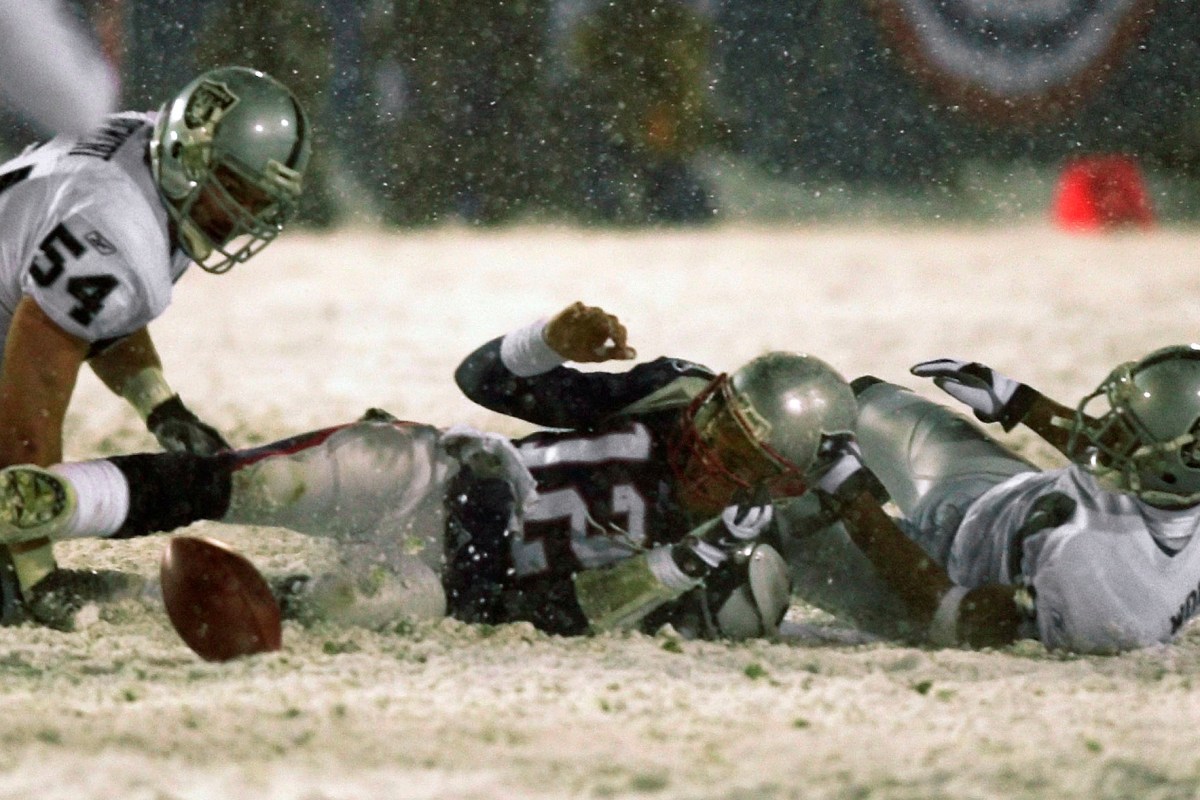 Sadly, one of the most famous things in sports history are the controversial or just straight up bad calls on the part of officials. We hate to see them, but the seems to happen quite regularly every single year.

Even after decades, some of the worst calls in the history of sports are remembered as vividly as not only game-changing, but career-defining moments. These are seven blown calls I still scratch my head over.

Instant replay could help in some of the worst calls in sports history, but that isn’t always the case. And some of these end up having implications of who makes it to the Super Bowl, World Series, National Championship, World Cup, or even wins an Olympic gold medal.

Though there is an endless list of controversial calls from every sport, there was even one this past year that may be one of the worst ever. Where does the no-call pass interference in the 2019 NFC Championship stand?

During the 1986 World Cup, Argentina’s Diego Maradona had one of the most obvious hand balls ever in a match against England. The goal gave Argentina a lead, and then four minutes later, Maradona scored again on what is referred to as “The Goal of the Century.”

The hand ball was so obvious, and right in front of the net, so there is no way it should have gone uncalled. With England scoring at the 80th minute, the score should have been tied at one instead of them playing from behind.

Argentina won that quarterfinal game, then went on to beat West Germany in the final.

One of the most famous plays in NFL playoff history even got its own rule when Tom Brady was strip sacked by Charles Woodson, appearing to end the 2001 AFC Divisional Round game and send the Oakland Raiders to the AFC Championship game.

However, a controversial ruling eventually allowed Brady and the New England Patriots to move on, where they’d win the first of six Super Bowls over the next two decades.

After being hit by a blitzing Woodson, Brady tried bringing the ball back to his body, but the football came loose and was recovered by the Raiders with less than two minutes remaining. The referees claimed his arm was moving forward, making the fumble an incomplete pass and allowing New England to kick a game-tying field goal to send the game to overtime.

There, Adam Vinatieri kicked another field goal in the snow to win the game, and “The Tuck Rule” was etched in stone forever.

In what should have been the 21st perfect game in MLB history, pitcher Armando Galarraga came up one out short due to one of the worst calls in baseball history.

During the ninth inning of a Detroit Tigers and Cleveland Indians game, Jason Donald hit a grounder to first baseman Miguel Cabrera. Galarraga ran to first and appeared to make it there in time for the 27th and final out of the game, but first base umpire Jim Joyce called Donald safe.

Joyce was pretty quick to admit it was a missed call, but it doesn’t change the fact that Galarraga, a young pitcher making just his third start, missed out on a historic event due to a terrible call. Both Joyce and Galarraga played it well and made the mess up a little more bearable, but it’s still rough to watch to this day.

This is probably the most ridiculous of the bad calls because it is just something that shouldn’t happen since every adult should know how to count to four. But in 1990, the Colorado Buffaloes were given a fifth down on the goal line to beat the Missouri Tigers. This is due to the refs not counting a Charles Johnson spiked ball to stop the clock.

On what should have been fourth down, Johnson spiked the ball again to stop the clock. And then on fifth down from the one-yard line, he ran into the end zone for a game-winning touchdown with no time left.

This may be a little more forgettable, though I doubt it, if Colorado hadn’t gone on to share the college football national championship that season. They shared the title in 1990 with the Georgia Tech Yellow Jackets, though this game makes people wonder if that should be the case since they should have lost this game altogether.

In what may be the most head-scratching no-call in NFL history, the Los Angeles Rams’ Nickell Robey-Coleman hit the New Orleans Saints receiver Tommylee Lewis on third down. The play seemed like an obvious penalty since he made no play on the ball and just hit the receiver as the ball was arriving.

With no penalty on the play, the Saints had to settle for a field goal to go up by three, allowing the Rams over a minute and a half remaining to drive the field for a game-tying field goal. If there is a penalty, like there should have been, New Orleans would’ve ran the clock out and kicked a field goal with no time left to advance to Super Bowl LIII.

I am in the group that still thinks this didn’t decide the game because the Saints had opportunities to win the game, like stopping the Rams from driving the field at the end or not throwing an interception in overtime. But any New Orleans fan has plenty of reasons to be angry since this should have sealed the win barring a missed chip-shot at the end of regulation.

In one of the most controversial Olympic moments ever, Roy Jones Jr. seemed to beat down Park Si Hun in the 1988 Seoul Olympics. After landing 86 punches to Park’s 32, Jones was somehow deemed the loser after three of the judges thought Park should win.

Obviously, there was foul play here since not only did Jones completely destroy Park in number of punches landed, but he also had two separate moments when he hit Park hard enough, the referee had to call for a standing eight-count.

There have been some controversial decisions in boxing, but there are none more obviously fixed than this one in Park’s home country of South Korea.

As controversial as the Jones loss was in 1988, it doesn’t beat the ending of the 1972 Olympic basketball final when the Soviets “beat” the United States with the help of the referees.

Not only did Doug Collins have the buzzers ringing during two free throws late in the game, but the Soviets had help in bounding the ball with three seconds left. They had three opportunities to get the ball in, but also had the clock stopped for them to start their play so they could finally make a last-second layup to win the game and the gold medals.

The silver medals the American team “earned” have still yet to be claimed because they feel they were cheated, and they really are right.