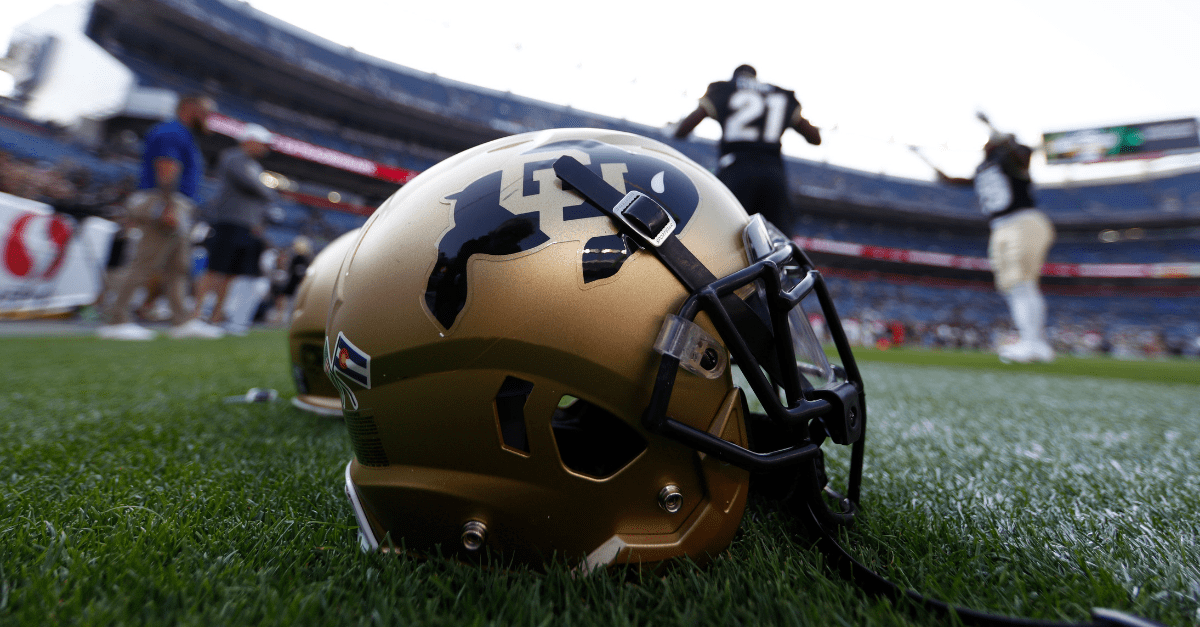 It seems like no matter where you turn, gun violence has touched every inch of the United States. From the Jacksonville mall shooting during a Madden tournament to the Tree of Life shooting in Pittsburgh that claimed 11 lives, the stories of people losing their lives for no good reason at all are endless. Sadly, another name is being added to that list.

According to the Arapahoe County Sheriff’s office, Anthony “T.J.” Cunningham, a former Colorado Buffaloes and NFL football player, was shot multiple times by his neighbor in a dispute over a parking spot near their homes. Cunningham, who was the assistant principal at Hinkley High School, died of his injuries later that day at a nearby hospital. He was 46 years old.

Marcus Johnson, a 31-year-old male who was arrested and initially charged with attempted murder, is now being charged with first-degree murder for the death of T.J. Cunningham on February 17 after he died of his wounds.

According to CBS4 News in Aurora, Colorado, the normally quiet neighborhood near Eaglecrest High School was awoken early Sunday morning to gunshots near the school’s athletic fields.

“The two neighbors who live right across from each other were arguing on text and they finally decided to settle the matter by coming here to Eaglecrest High School and to Thunder Ridge Middle School… kind of in between,” Arapahoe County Sheriff’s spokeswoman Deborah Sherman said.

Johnson himself was the person who called police shortly after the incident took place and surrendered to them at his home just a few blocks away. Johnson said that Cunningham had “attacked” him earlier before Johnson allegedly shot him later that morning.

University of Colorado Athletic Director Rick George released this statement on behalf of the Buffalo family:

“We were deeply shocked and saddened to learn of the death of T.J. Cunningham. He was a good family man and had a strong passion for working with young people as evidenced by serving as an assistant high school principal. He was also a good alum, an active alum, and took great pride in being a Colorado Buffalo. Our hearts go out to T.J.’s family on their tragic loss. We will miss him.”

TJ Cunningham has been a beacon for our community since he stepped foot on campus at CU Boulder.

Quick with a smile and helping hand, TJ has always been a model teammate, father, husband, and friend.

Our prayers are with his family at this time. pic.twitter.com/BiYMyssKII

Cunningham played wide receiver and cornerback for Colorado from 1992 to 1995. After transitioning from receiver to defensive back for his senior season, the Aurora native recorded two interceptions for head coach Rick Neuheisel’s team that finished 10-2 and won the Cotton Bowl in 1995. He was drafted in the sixth round of the 1996 NFL Draft by the Seattle Seahawks, but a knee injury ultimately forced him out of football.

An outpouring of support for Cunningham’s family flooded social media, and the school even honored him when students returned to class on Tuesday.

This is the welcome sign at Hinkley High School. Today, students and staff will return to class for the first time since Assistant Principal Anthony “T.J.” Cunningham was shot and killed after an argument with a neighbor over a parking spot. @DenverChannel pic.twitter.com/tCIskOBAx2

Marcus Johnson appeared in court for the first time Tuesday morning. He is facing first-degree murder charges and has a past history of assault and a weapons possession charge, according to CBS4 News.

A GoFundMe campaign has been launched to help support Cunningham family that includes his wife and five children.