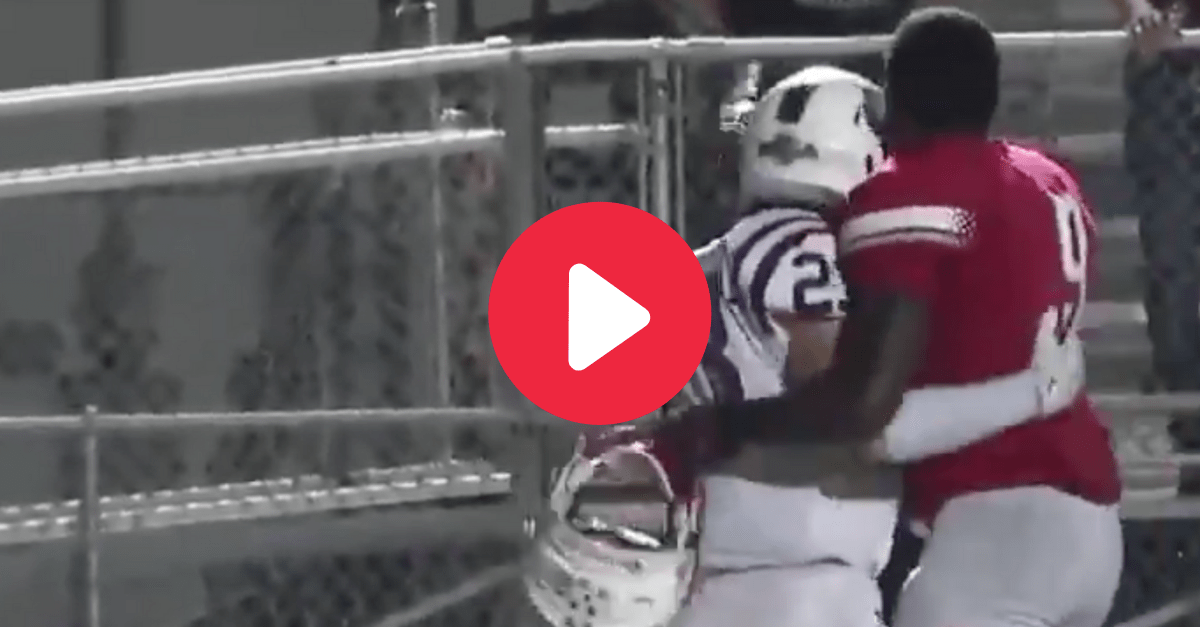 In sports, there are some unwritten rules on how to act. Staying humble in victory is certainly one of them. What Bremond High School running back JT Anthony did after his team?s overtime win in the Texas high school football state playoffs, however, took that to a completely different level.

Facing a critical 4th-and-1 in overtime, the senior running back had his number called by head coach Jeff Kasowski. He got it. Then, on the very next play, Anthony took another handoff and raced 20 yards into the end zone for the game-winning touchdown.

Not only was it the star player?s fifth score of the game, it also helped Bremond escape with a 41-35 victory over Flatonia in the Class 2A Division II regional playoffs at Tiger Stadium in Rockdale, Texas.

JT Anthony goes around right end for his fifth TD of the game to send Bremond into the state quarterfinals.

What an exciting moment. A celebration was definitely in order. But after the initial reaction and hugs from his teammates, Anthony showed one of the greatest acts of sportsmanship you will ever see.

Instead of running over to the sideline to jump around with his teammates, Anthony took off his helmet, jogged over to some opposing Bulldogs players, and gave them hugs after the game. He even helped a few of them off the ground to do it.

It truly doesn?t get much better, or classier, than this.

Instead of celebrating with his teammates after scoring the game-winning TD in OT to advance to the state quarterfinals – @JTAnthony3 hugs and consoles players on losing team. ❤️

For a brief moment, JT Anthony wasn?t worried about the hype of the 20-yard touchdown run or the playoff game victory on Friday night. The only thing that mattered right then was simply doing the right thing.

It?s a special moment that deserves a lot of praise.

In many ways, so did Anthony?s game. He carried the ball a whopping 37 times for 249 yards and five touchdowns, according to The Eagle in Bryan, Texas. The Tigers rallied from a 20-7 halftime deficit and converted four fourth downs in the fourth quarter and overtime to get the win. Anthony even forced a fumble in the third quarter to help spark the second-half comeback.

However, nothing was bigger than the game-winning, 20-yard run in overtime to help Bremond advance to the state quarterfinals against Falls City this Friday in Pflugerville.

There were some players that stepped up big in the game. Bremond had clutch performances by quarterback Seth Kasowski, wide receiver Casey Garrett and Dalton Wilganowski. Flatonia players such as quarterback Juan Netro, running back Chris Johnston and Erek Herrera make huge plays, too.

JT Anthony was the real star, though, in more ways than one.