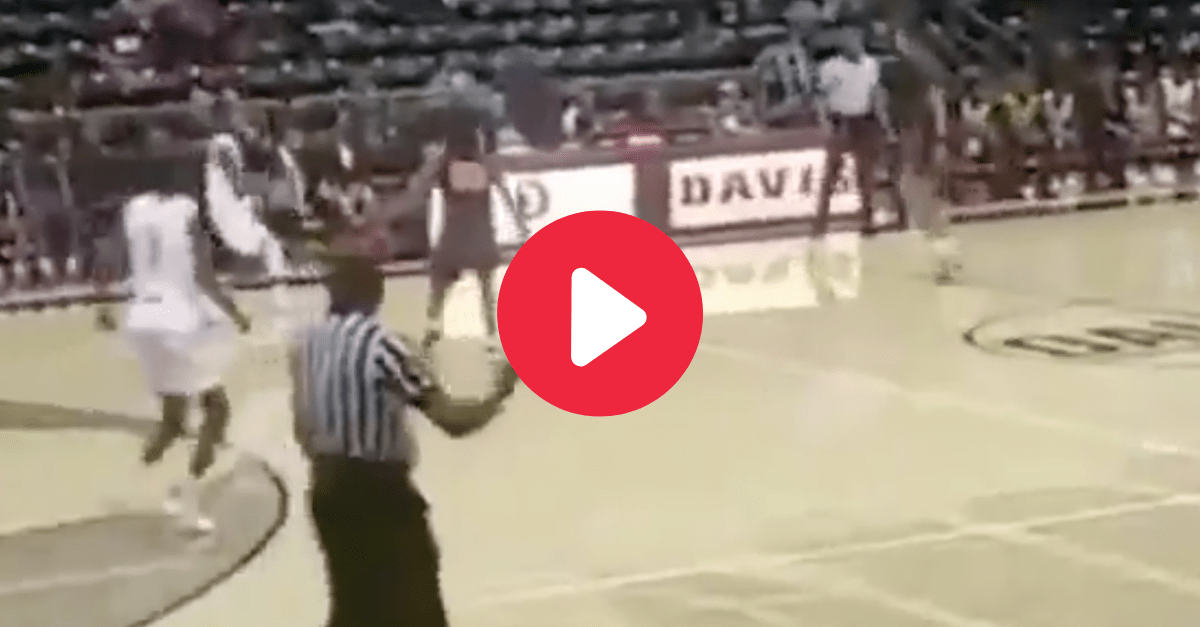 What started out as a day of celebration and smiles turned into an act of senseless violence and panic. Nobody went to the Texas high school basketball game expecting danger, but it’s unfortunately what happened.

Early in the third quarter between South Oak Cliff High School and Kimball High School, four gunshots went off in the stands, and it turned the entire Ellis Davis Field House into a crazy scene as players, coaches and fans all ran for cover on Saturday night.

According to the Dallas Morning News, an 18-year-old man was badly wounded and a Dallas ISD police officer was “grazed by a bullet fragment.” The gunshots were a result of a fight inside the gym.

The video posted on social media was certainly frightening.

Neither of the victims have been named. However, district spokeswoman Robyn Harris gave an update on the scene.

Harris said the 18-year-old was possibly a former student, and the Dallas Independent School District (DISD) police officer, a female, is expected to be OK with a non-life threatening injury.

The following morning, Dallas Police Department officials released images of three people of interest. And as a result, a 15-year-old was arrested and charged with aggravated assault after the teenager turned himself in at the Dallas police headquarters.

The day was supposed to be enjoyable. South Oak Cliff had a ribbon-cutting ceremony earlier in the day to reopen after a two-year, $52 million renovation. Then, a gunman opened fire and had everyone scared.

The South Oak Cliff vs Kimball HS game will be finished up today at 2 in Pleasant Grove after Saturday night’s shooting.
No one allowed in except teams, parents, per district.
MORE 👇🏽
https://t.co/rFEbYNBiLC https://t.co/AdhUGeMn1O

The game immediately ended and was expected to be finished on Monday afternoon at Pleasant Grove. No one was allowed in the game except for the teams and parents.