Parents Start Fighting Because Youth Wrestling Must Be Too Boring 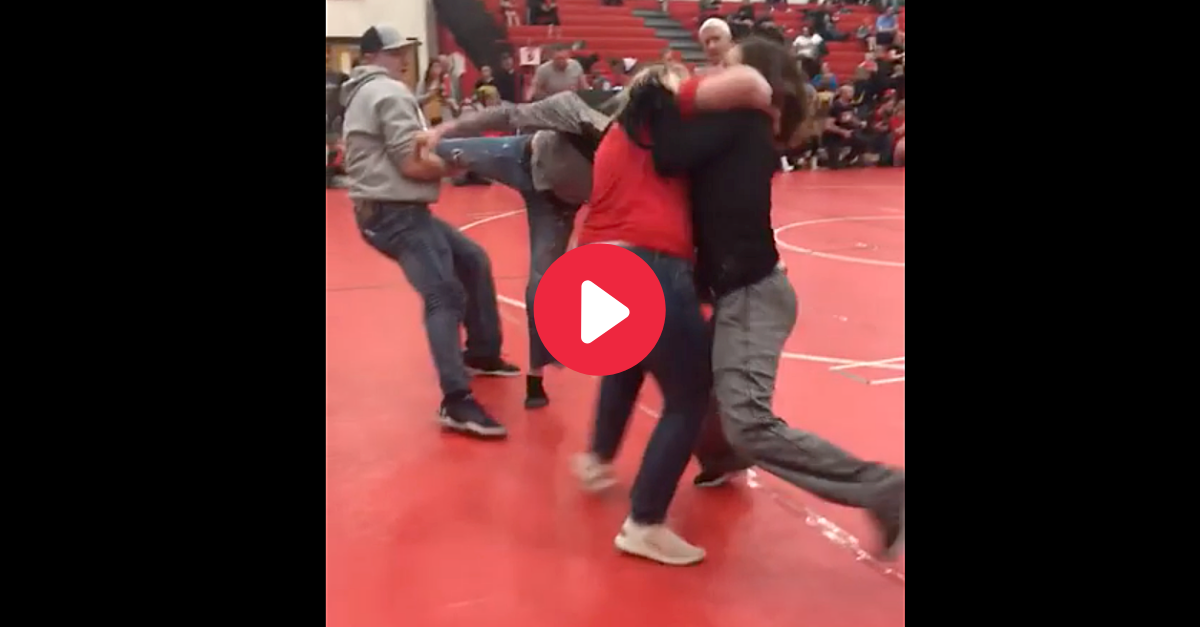 Youth sports are supposed to teach lifelong lessons about perseverance, determination, teamwork and sportsmanship. There are plenty of avenues for young kids to learn these values, and one of the best is on a wrestling mat. Olympic gold medalist Dan Gable once said, “Once you’ve wrestled, everything else in life is easy.” Some parents at a youth wrestling match at Kimberly High School in Wisconsin must have really wanted to find out what the hell Dan Gable was talking about.

According to police records, a group of parents watching their sons wrestle each other began to fight right there on the side of the wrestling mat. Three of them have been charged in the incident that quickly gained widespread attention when a video of the fight surfaced on Twitter before later being deleted.

That video, which the Post-Crescent attained through the Fox Valley Metro Police Department, shows two women yelling at each other before one of them, identified in the police records as Shannon Volkman, rushed Cassandra Hamill and began attacking her. Quickly, everyone else’s wrestling egos kicked into high gear, and the place became a free-for-all fight night.

When the two women finally separate, Nicole Volkman jumped onto Cassandra Hamill’s back and took her to the ground. Once the scene dispersed, police were notified of the incident.

One of the witnesses, Lance Tibbs, told police that throughout the match, Nicole Volkman was “jaw-jacking” at the Hamills and their son. Tibbs said he heard swear words and name-calling directed at the family, while Hamill herself said the Volkman’s were calling her a “fat b****” and her son names like “a f****** cry baby.”

Last I checked, youth wrestling is for kids to get some energy out of their systems and try to win a couple shiny trophies. It is ridiculous scenes like this that give sports parents a bad reputation. If you wanted to wrestle each other, you should’ve grabbed some head gear and settled it AFTER your elementary school kids were finished up.

We don’t condone fighting, but family time is important now more than ever as we’re encouraged to stay inside and practice social distancing. Now’s the time to grab the mitt and practice!

MORE: Despite No Feet and 1 Hand, This 6-Year-Old Wrestler Will Not Be Denied