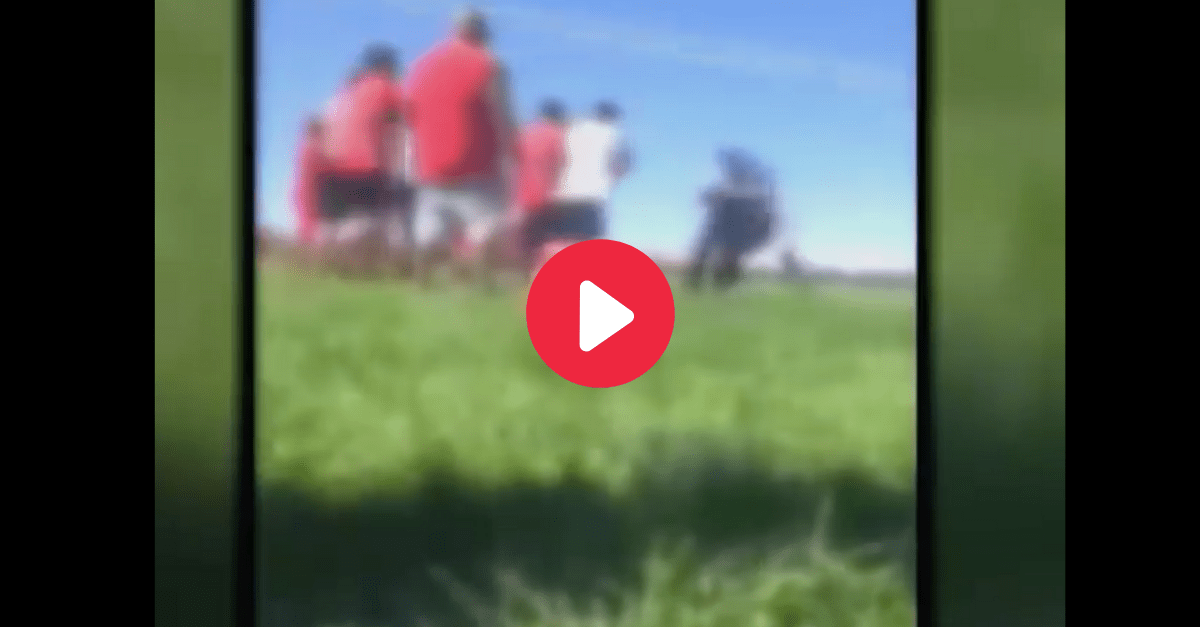 Youth sports are supposed to be a place of safety and security where kids learn to play the games that they’ll take with them for the rest of their lives. Teamwork trumps everything, but values like trust and sportsmanship stand the test of time more than any techniques or wins and losses can.

Somebody should have explained that to this parent attending a Young America Football League game in Albuquerque, New Mexico back in 2018. Following a call that he didn’t like, the parent rushed onto the field, confronted an official and slammed him to the ground. As a result, an entire team of 13-year-old football players lost the chance to play the rest of their season.

Selfishness isn’t in most parents’ teaching tool box, and this guy totally lost his cool and allowed himself to take center stage.

The video is blurry, but you can see the man rush the field following a penalty flag, and the parent body slams the referee to the ground. Parents and coaches of both the Rio Grande and Atrisco Heritage teams rushed to break up the fight as the youth football teams watched in horror.

According to KRQE News 13 in Albuquerque, the YAFL stated that this parent broke the league’s code of conduct policy, stating that parents of players must pledge to control their emotions and set good examples for the kids.

As a result, the entire Rio Grande team was suspended from league play the remainder of the season.

?Unfortunately some people get too excited for these events and they decide to go on to the field and take matters into their own hands. I think nationwide you?re seeing this behavior, not just Albuquerque.” — Albuquerque Police Department officer Simon Drobik.

Hopefully we can take this an example of how NOT to behave, but I’m optimistic that most people reading this already understand aggressive acts like this at a youth sporting event is just a ridiculous, uncalled for outburst.

This is a sad display of selfishness all because one parent couldn’t keep his cool at a youth football game.

MORE: Parents Start Fighting Because Youth Wrestling Must Be Too Boring