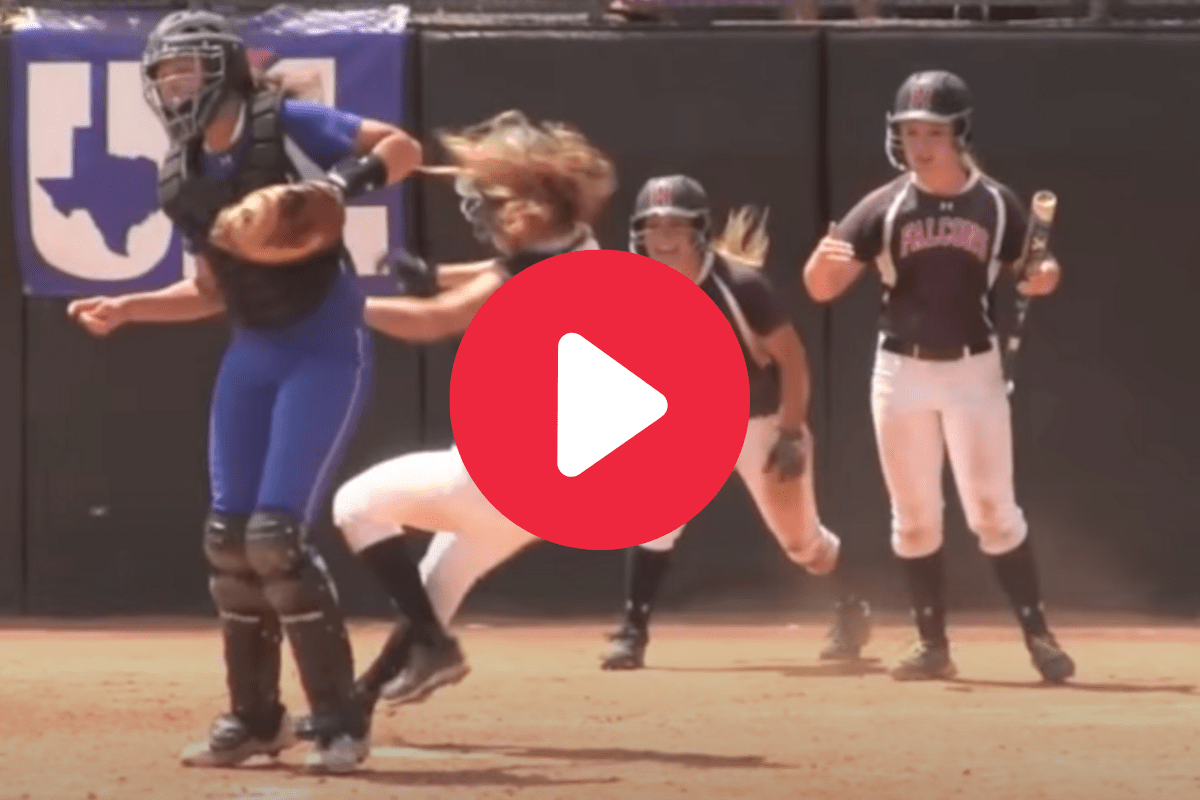 Megan Crosby of Needville High School in Texas took “defending the plate” to a totally new level against Hargrave High School. The catcher not only blocked the plate without a play happening there, but things escalated to another level completely.

The craziest part is that the umpires never ejected Crosby or even talked about it, even though at one point he’s looking right at the play!

It’s understandable for umpires to miss aspects of a close play at the plate, especially in the advent of the “Buster Posey” rule being implemented universally. But there’s missing a tiny detail in a bang-bang play at the plate, and then there’s what happened in this game between Needville and Hargrave High School.

She knocked down two players and totally got away with it, and what’s weird is that the situation didn’t escalate into a fight. That runner definitely thought about getting some revenge while coming back to plate for the tag, though.

I think it’s pretty obvious why none of those runners started a fight. That catcher is clearly bigger than they are. Plus, any sort of retaliation would have certainly led to ejections for Hargrave.

After the video went viral, Crosby was disciplined by the Needville Independent School District. While any suspension wasn’t disclosed, at least Crosby and her Needville softball team lost the game, the Class 4A final, by a score of 6-4. Maybe that’s a lesson to all that cheaters never win.

Megan Crosby went on to play college softball at Sam Houston State, and has since not made any other damaging in-game decisions like this.

This article was originally published on September 16, 2015, but it’s a constant reminder that sportsmanship should always matter.

MORE: Softball Catcher Ejected For Shoving Runner, But Was it the Right Call?