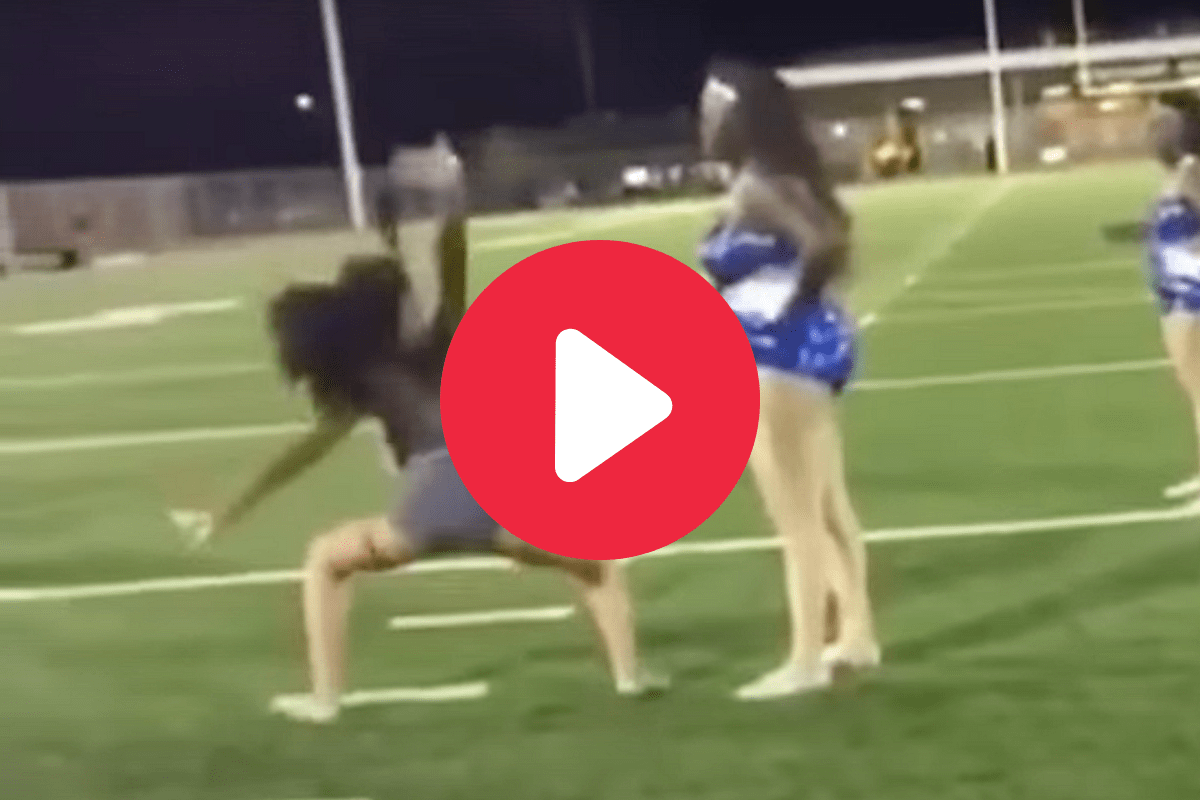 The high school football field is a place where massive hits, big tackles and even the occasional punch all happen. That’s just the nature of the fiery sport.

Normally, that’s limited to in-game action. What happened between two female drill teams from Dallas-area Wilmer Hutchins High School and James Madison High School had nothing to do with football, but still resulted in a nasty all-out brawl featuring a bunch of girls.

It all began with a hair flip.

Wilmer Hutchins and James Madison had already finished their football game when the schools’ drill teams decided to partake in a friendly impromptu dance competition at Wilmer Hutchins Stadium.

When the girl on the left from Madison approached and mocked 15-year-old Shamyra Cooper on the right, she keeps her cool and laughs to her teammates. When the instigating dancer returns for some more mocking moves, Cooper flips her hair and turns her back to her.

The dancer obviously didn’t appreciate that, because she shoved her head from behind.

From there, all hell breaks loose. Some more pushing and shoving (and possibly punches thrown) occurs, but no one was injured during the brawl.

All the girls from both teams were told they weren’t allowed to perform at upcoming football games following the incident.

“Impromptu dance-offs are not part of the approved performance for dance teams and fighting is never acceptable. Disciplinary actions will be taken as appropriate,? a statement from the Dallas Independent School District read.

Deshannon Roberts, Shamyra’s mother, told FOX 4 that she didn’t think that decision was a fair one.

?I don?t think that was good in that it doesn’t set an example to our students because you have to stand up for yourself,? Roberts said. ?You’re basically saying it?s OK to get bullied.?

In my opinion, the girl on the left started the altercation. The whole incident was completely unnecessary and should have never sparked a brawl.