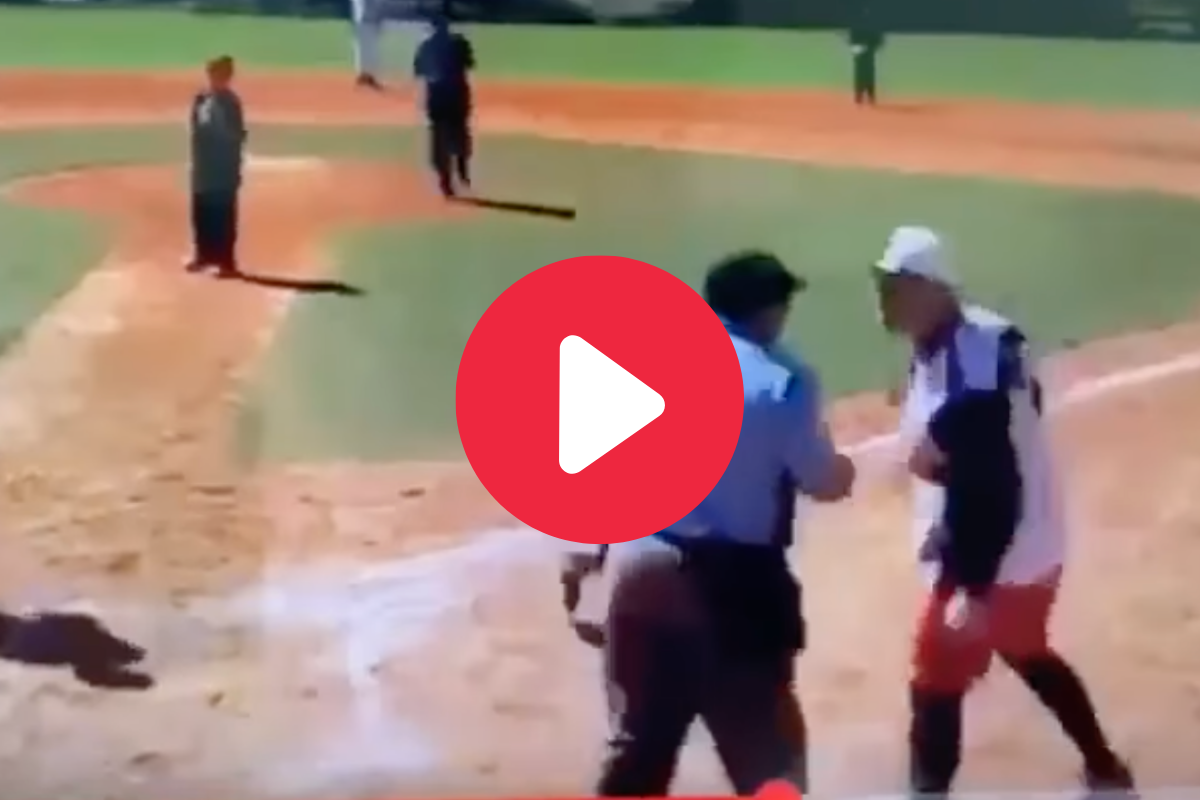 Umpires miss calls. It happens. There’s nothing players, coaches or fans can do about it until baseball ushers in some sort of robot umps or electronic strike zone system.

There’s nothing wrong with telling an umpire he’s calling balls that are six inches below the zone. It happens every day in MLB. Just ask Angel Hernandez, who admitted he’s guessed on calls.

But everyone knows the line has been crossed once someone curses, bumps or throws something at the umpire. In a youth baseball game, we saw the trifecta of what not to do to an ump.

Here’s what happened above:

The umpire rings this kid up on what looks to be a pitch too far inside. The youngster, who probably isn’t older than 14, then says something (probably insulting) to the blue and points his bat at the him.

The ump immediately tosses him from the game and he keeps walking to the dugout.

A few seconds later, the kid’s coach approaches the umpire and says, “you are horrible. You suck!” He then fakes like he’s gonna punch the umpire.

Once the fed-up blue ejects the fired-up coach as well, he throws something at his face. Point blank. I don’t know what it was, but a pen or pencil is my best guess.

The field umpire steps and takes a shove from the coach. He’s eventually subdued by a few other men on the diamond.

Inexcusable. The only person acting reasonable is this umpire. It’s a wonder he just sat back and watched this youth baseball coach completely melt down. He never retaliated.

Even if the called strike three was a foot inside, that doesn’t give a kid the right to bad-mouth an adult let alone an official for the game. The coach should be embarrassed he let his anger get the best of him like that.

I’ve got a feeling that might be a father-son duo.

Not much is known about this incident. It appears to have taken place in South Florida, according to a commenter on The Hitting Vault’s Facebook page.

I guess we should be all that surprised that this coach is a Florida man. Next time, control your emotions.