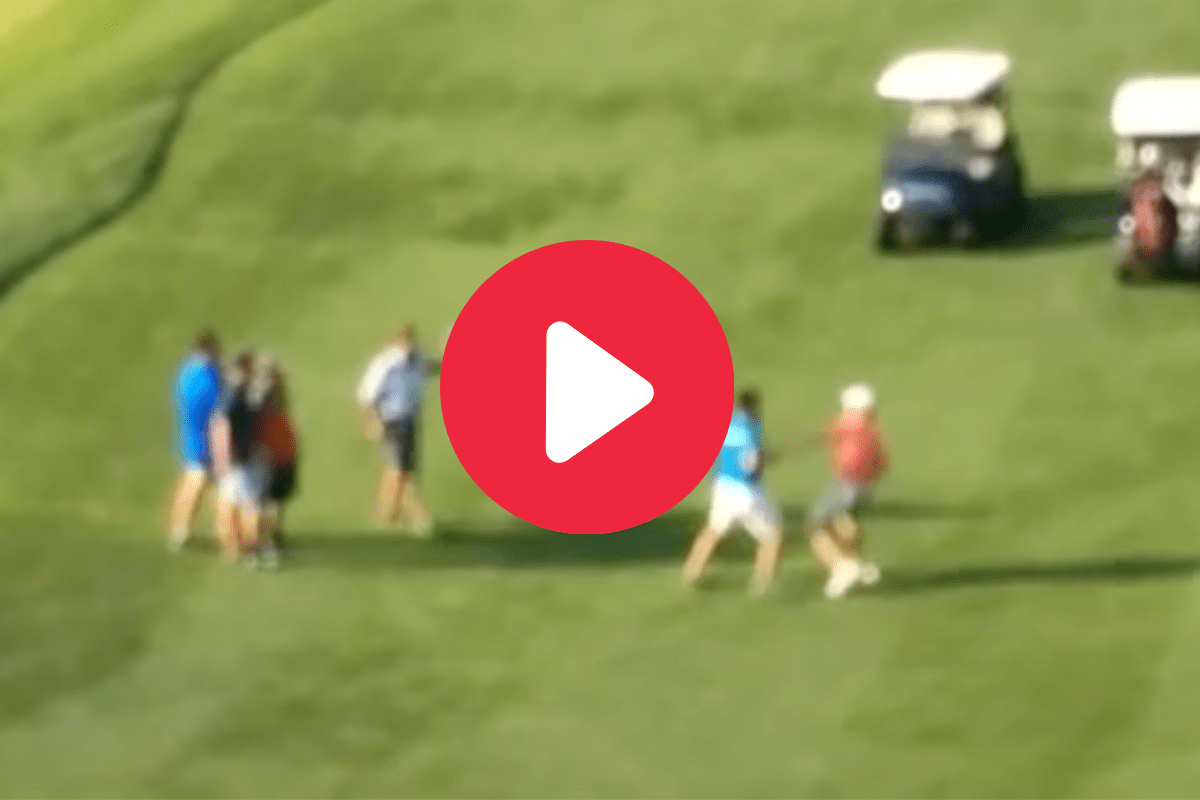 I’m curious to what Kevin Hu had to pay for his view.

Hu was out with a couple of buddies swinging the sticks, drinking beer, and bumping some yacht rock when he noticed an altercation on the fairway below him.

He transported from the Fossil Trace Golf Course in Golden, Colorado to the MGM Grand in Las Vegas.

Included on this list between the breakfast ball and asking other players if they’re having a nice round when you hit it into their fairway is pace of play.

Some Scottish guy a long time ago decided that golf was 18 holes. That’s long. Some might say too long.

Slowing down the pace puts a damper on group moral. There’s an excitement when you tee off and crack open that first cold one. Around the 12th hole that dies down, and if you have a slow group in front of you it’s an absolute drag.

It’s hard to tell from the footage, but at some point either the guy in the orange shirt or guy in the blue shirt was done with the shenanigans. One of them decided to hit a ball into the group in front. So they waited until the biggest stage on the course to settle the beef ? the 18th hole.

The two dance in the middle and each get in a few jabs while the other members of the group watch. Hasselhoff is over there in the sand again.

The guy in the blue hits the guy in the orange square in the kisser and knocks off his hat. They circle a bit more until it dies down.

As any fighters in a gentleman’s quarrel would, they shook hands and went their separate ways. That’s what this game is all about: sportsmanship.

I can only assume the guy in blue said, “Beers on me.” And the two became lifelong friends after.