Every year, as the ground thaws and the color returns to the treelined streets of Anytown, USA, there's one sound that seems to wake Mother Nature as she emerges from her winter hibernation. The crack of a baseball bat is loud, equal to that of a thunderclap and just below a military jet taking off from an aircraft carrier. It's a sound that can turn heads so fast that whiplash becomes a ballpark hazard. But more importantly, that sound announces to the world that Baseball has returned.

The 2022 Major League Baseball season has been delayed enough, so let's get right down to the nitty-gritty of what's important: predicting the future. Thankfully for you, dear reader, our FanBuzz baseball brain trust of Justin Colombo and Patrick Pinak has been slaving over their calculations and Ouija boards all winter in the hopes of concocting and deciphering every last statistic of the upcoming season. Will our Baseball Boys correctly predict the future? There's no way to know until the final out of the season has been recorded. However, between you and me, your trustworthy and mysterious FanBuzz Staff Writer, I'm not completely persuaded that our two Baseline Braggarts are to be trusted.

But, let's hear them out, shall we? 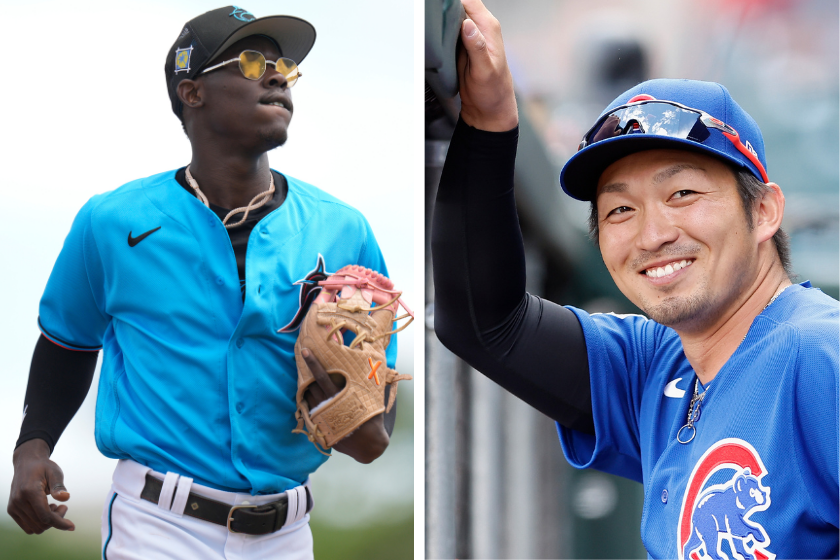 Pinak: Jazz Chisholm Jr. - Jazz has more swag than anyone in the league. The video game MLB the Show even put in his eurostep home run celebration. Beyond that, though, Jazz showed he has five-tool potential as the Marlins' everyday second baseman last year, hitting 18 home runs and stealing 23 bases. He already barrels more balls than stars like Trea Turner, Mookie Betts and Nolan Arenado. He'll be a star if he can lower that 28.6 percent strikeout rate.

Colombo: Seiya Suzuki - To be clear, I also chose Jazz Chisholm Jr. But for the sake of making things interesting, I'm going to swivel and pick Seiya Suzuki. I love when established players from Japan make the jump to the US. Ichiro's rookie season set me on fire, Daisuke Matsuzaka's gyroball was a fixture in my high school warm-up sequencing and Shohei Ohtani is basically the second coming of Christ. Seiya is all of those things, not to mention he's playing for the Cubs who are not great. Seiya Suzuki is about to take Chicago for a ride and I am so here for it. 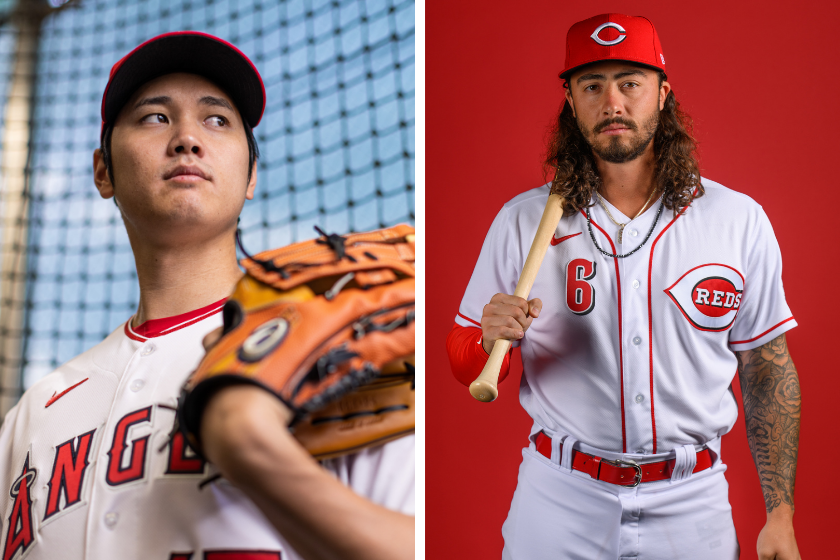 Colombo: Jonathan India - Last year in my fantasy baseball draft, Jonathan India was Mr. Irrelevant and we all had a good laugh at the expense of the guy who took him. Jonathan India laughed last. The 2021 NL Rookie of the Year was on fire all season for Cincinnati, but all that glitters can't be gold and I think we're about to see Jonathan India come back down to Earth. For the record, I hope I'm wrong about this, but... it's the Reds, y'all.

Pinak: Shohei Ohtani - Look, I'm not saying I want Ohtani to have an off-year. I just think there's no way he can top last year's season. As Josh Felton of the John Hopkins News-Letter pointed out, his 2021 campaign was like combining an average Mickey Mantle season and Pedro Martinez in one player. It's absurd. And probably not sustainable.

Most Disappointing Franchise in 2022 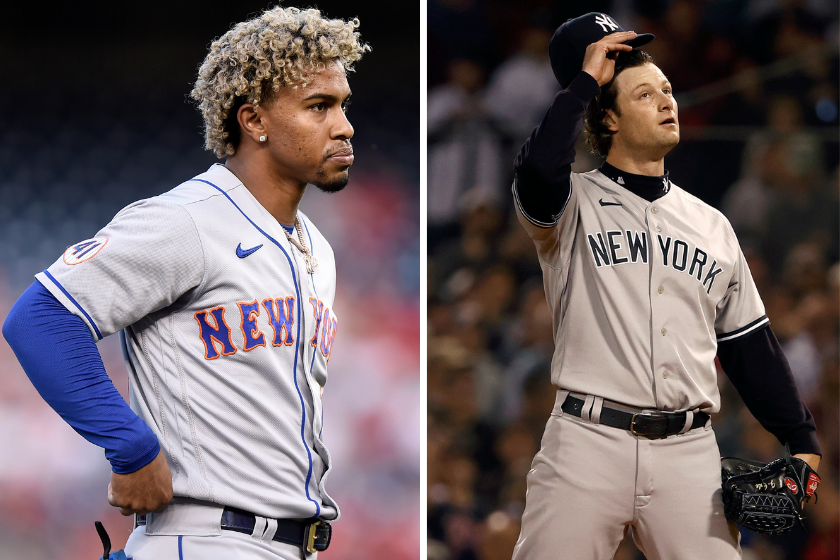 Pinak: New York Mets - I mean, when haven't the New York Mets disappointed? Off the field, we could talk about their scumbag general manager, who last year was banned from MLB for at least the 2022 season after he sent unwanted sexually explicit texts to a female reporter while he worked for the Cubs in 2016. On the field, they collapsed in unprecedented fashion after leading the NL East for 91 consecutive days. It was a combination of hitters forgetting how to hit and Jacob deGrom's injury. Underperforming is simply the Met way.

Colombo: New York Yankees - I'm shocked Patrick and I both picked New York teams. I'm a little hurt, considering the Mets are my personal team, but also.... I get it. That being said, while the Mets we adding to their roster in ways we've never seen before, the Yankees did the opposite. I still do not understand why the Yankees would want to send Gio Urshela and Gary Sanchez to Minnesota for Josh Donaldson and Isiah Kiner-Falefa. Yes, I understand that Ben Rortvedt is a big piece of this trade, but does this deal make the Yankees better? To me, it doesn't. The Yankees had a ton of issues last season and they failed to fix any of them. Normally, in the offseason, Yankees' Twitter is Jackson Pollack painting of over-the-top signing speculation and levels of hope and optimism you usually see in a different NYC borough. The Yankees should have gotten better this offseason, instead, they have the same problems they did last season.

Most Overlooked Franchise in 2022

Colombo: Seattle Mariners - The American League West is going to be amazing this year. With the Rangers and Angels getting better, the Astros getting worse, and the Athletics just giving up before "Play Ball" is announced, there's no clear team of destiny in 2022. The Seattle Mariners are that team. Last year, the M's should not have been as close to the playoffs as they got and they planned accordingly in the offseason by acquiring Robbie Ray and Jesse Winker, both of whom are solid additions to a team that is hysterically young and scrappy.

Pinak: Detroit Tigers - I'm not sure anyone is talking about the Detroit Tigers enough. They signed Javier Baez and Eduardo Rodriguez in the offseason and traded for Austin Meadows, who in 2019 was one of the best offensive players in baseball. Plus, there is so much young talent to be excited about, like No. 1 picks Spencer Torkelson and Casey Mize. Riley Greene could be on the way soon too. 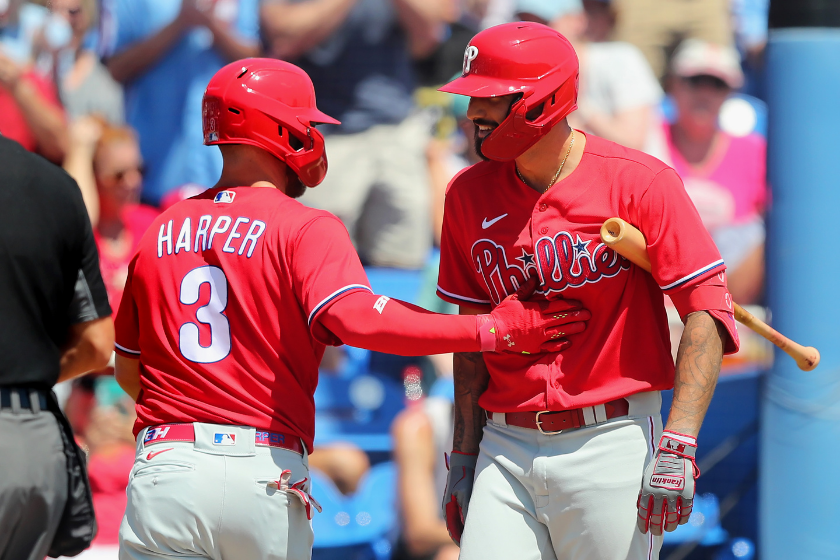 Pinak: Phillies advance to NLCS - The Phillies also added some thump to their lineup -- Kyle Schwarber and Nick Castellanos, specifically. But the real reason I think this team could go far in October has nothing to do with Bryce Harper. Starters Aaron Nola and Zack Wheeler are a pretty damn good pair of pitchers to trot out come playoffs. Everyone knows pitching is premier in the postseason.

Colombo: The Houston Astros Stay Home in October - Yeah, okay, that's fine. I can hear you booing me. Does the loss of Carlos Correa really make that much of a difference? No, but think about it like this: the Astros have been decent these last few seasons and have allowed their postseason experience to carry them to the World Series and ALCS. This team has lost too much in recent seasons and hasn't had enough in the way of replacements to make them a certified postseason squad. With the AL West heating up and every team getting better, the Astros have stood pat and 2022 feels like the year that bites them.

2022 World Series: Which Two Teams Play for All the Marbles? 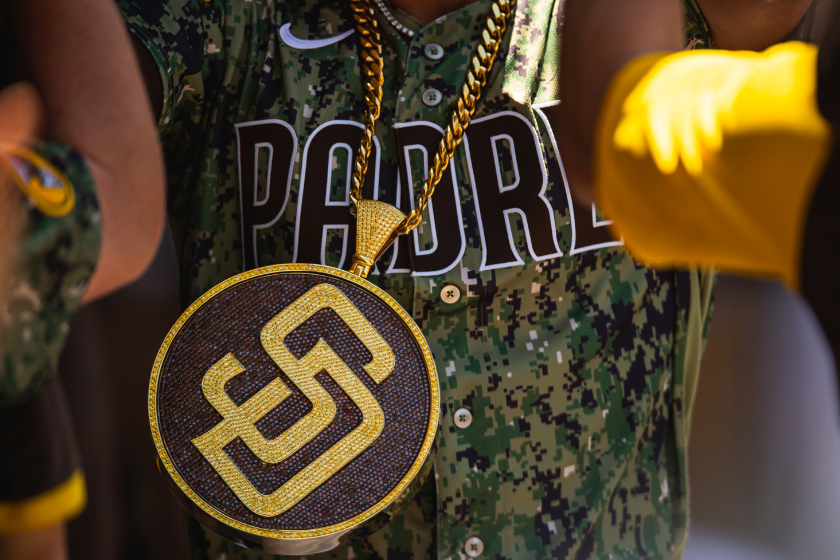 Pinak: San Diego Padres vs. New York Yankees - The Padres' season might hinge on whether Fernando Tatis Jr. can come back healthy to carry this team, because he's easily one of baseball's best players when he's on the field. Led by Blake Snell, Yu Darvish and Joe Musgrove, their rotation is dynamite. The Yankees, too, are always a good bet, in part because Gerrit Cole is basically a guaranteed win. That lineup is still scary as hell, too. Give me Slam Diego winning it all.

Colombo: San Diego Padres vs. Toronto Blue Jays - LET'S. GET. WEIRD. San Diego has the pitching and the bats to mow down everyone. IF they had not absolutely cratered in the latter half of 2021 they would have knocked out the Dodgers in the Wild Card game. That's a scientific fact. Toronto is quietly building itself into a powerhouse of young talent led by Vlad Guerrero Jr. and Bo Bichette. Also, my good friend David Cook picked them last year and then again in 2022 and I trust him with my life. The Blue Jays are a problem and they're just getting hot. Toss in some solid pitching both from veterans and young guns like Alek Manoah and you've got yourself a stew going. If the Padres and Blue Jays can hit their stride at the right time, they'll be unstoppable in October. That being said... San Diego in 6.