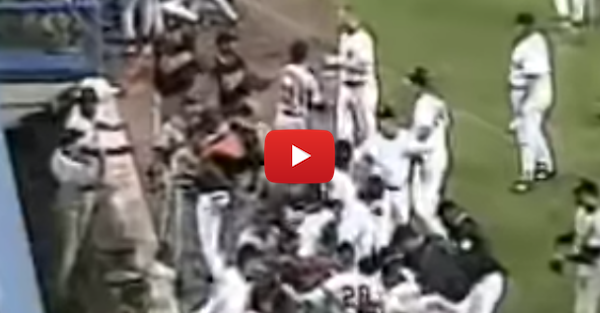 Back in 1998, quite possibly the ugliest brawl in MLB history took place during a Yankees-Orioles game when pitcher Armando Betinez pegged Tino Martinez square in his back. As players left the dugout, Betinez threw his hands in the air, as if to say “So?” After a moment near the mound things seemed to have peaked until haymakers start flying. Things seemed to calm down until they didn’t, adding a new layer to the fracas as the fight moved from the field to the dugout.

Five players were ultimately suspended for the brawl which seems incredibly low considering the huge crowd of players seemingly engaged in the fight.

WATCH: Softball Dads Beat Each Other Senseless After Daughters? Game