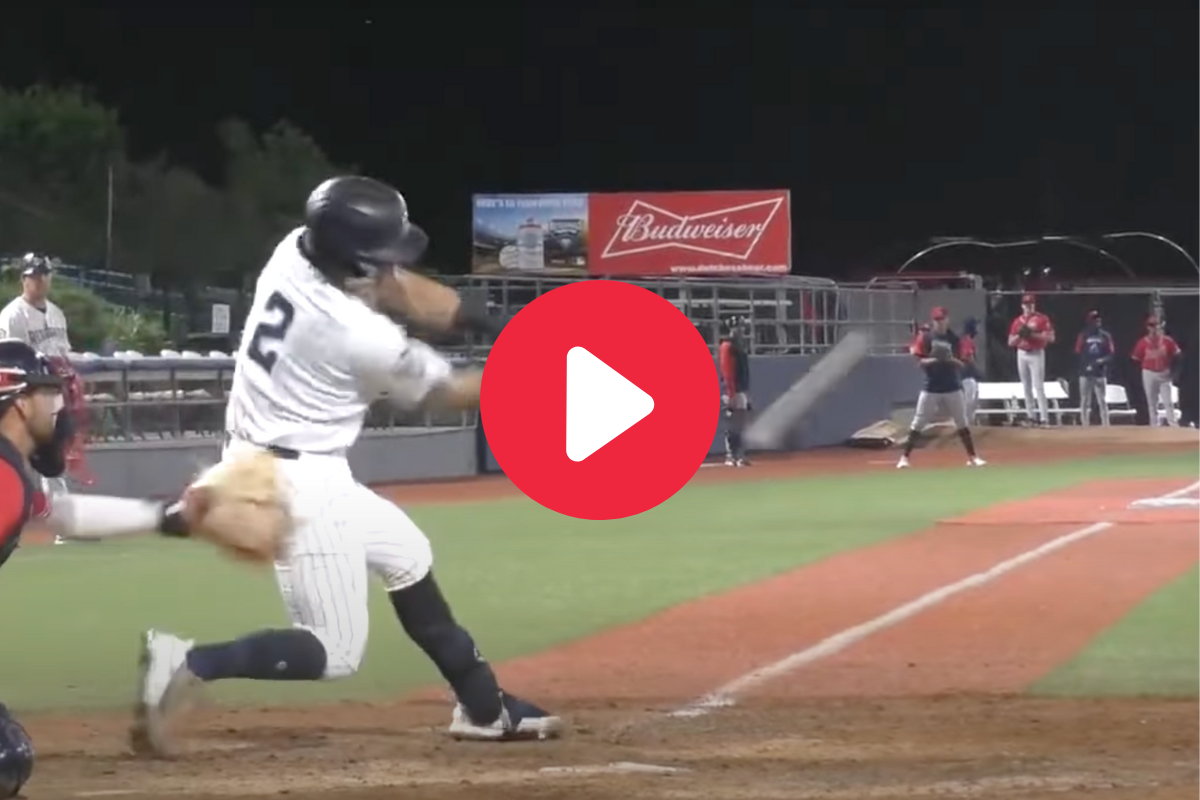 The Yankees have had a stellar 2022 MLB Season, blowing away their AL East competition and giving fans in the Bronx hope that a new dynasty is on the horizon.

Aaron Judge, should he stay in pinstripes for the rest of his career, would be the obvious crown jewel of this new Yankees dynasty. But don’t sleep on the Yankees farm system, who was ranked No. 13 across all MLB teams prior to Opening Day of the 2022 MLB season.

At the top of the Yankees prospect rankings, and on their way to the Bronx within the next two years are Anthony Volpe, Oswald Peraza and Jasson Dominguez. All three of these studs have been smashing their way through the minor leagues and are proving their value as it relates to the future of the Yankees franchise.

But one Yankees first-round pick may have suffered from a self-inflicted setback and an embarrassing one at that.

Taken with the 23rd pick in the 2018 MLB Draft, one pick before the Cubs drafted Nico Hoerner, Seigler was the catcher for Cartersville High School, the same school that gave the world NFL quarterback Trevor Lawrence. Other draft picks after Siegler include Seth Beer, Jeremy Pena, Simeon Woods Richardson and Jackson Kowar.

Seigler signed with the Yankees, foregoing his college eligibility and commitment to play baseball at the University of Florida, and was sent to the Gulf Coast League Yankees. After just 12 games, the Yankees promoted him to Pulaski, Virginia, to begin his minor league journey to the big leagues. However, in the seasons that followed Seigler’s development slowed, both due to struggles at the plate and injuries. By 2022, he had progressed to the the Yankees’ High-A affiliate, the Hudson Valley Renegades.

Seigler was having a solid 2022 season and had already been called to the Renegades from the Tampa Tarpons, where he started his season. Coming into the game of his viral mishap, Seigler was having his best year at the plate, hitting at a .266 clip with an .880 OPS over 30 games. This game was only his sixth with Hudson Valley, so Seigley was no doubt trying to impress his teammates when he stepped to the plate in the 10th inning.

With a runner on first and the Renegades down by four runs, Seigler walloped a pitch that he thought was gone. As he watches the ball sail off into the night, Seigler flips his bat and Sammy Sosa hops his way to first base, until he sees something that puts a knot in his stomach: the ball bouncing off the outfield wall. Seigler turns on the jets, but it’s too late. The outfielder has played the ball cleanly and made a perfect throw to second base, where it was waiting for Seigler. The Renegades catcher was dead to rights at second and the game is over. Hudson Valley would lose, 6-2.

The video made its rounds across the internet, and it’s more than likely that Seigler lost some sleep that night. But It’s not you begin your story, its how you end it, and Seigler made up for his mistake the next day.

And he drove in both of the team’s runs with a homer! pic.twitter.com/1VDaBSr0Zf

The day after Seigler’s premature celebration at the dish, the Yankees prospect showed up to the ballpark ready to clear his name and single-handedly recapture the W he lost for his team. In the bottom of the fourth, Seigler drilled a two-run shot to left field, scoring the Renegades only two runs of the day. Would that be enough?

With the Renegades clinging to a one-run lead in the ninth, Seigler sealed the Hudson Valley win by throwing behind the runner at first and catching him sleeping to end the game. Want to prove to your teammates that you feel bad about a poorly timed bat flip? Show up the next day ready to play.

MORE: The 10 Best MLB Teams of All Time, Ranked By Record