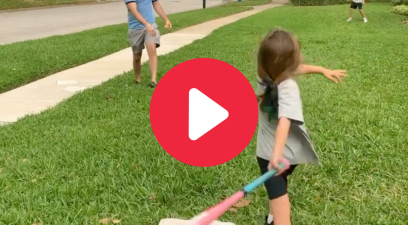 Jim McIngvale, a 68-year-old mattress store owner from Houston who calls himself “Mattress Mack,” plans to put down at least $1.5 million on the Astros in New Jersey on Thursday.

That’s after wagering $3.5 million on the ‘Stros in Mississippi earlier this week.

The bets could offset potential liability his store might have from a promotion that refunds mattress customers their money if the Astros win the World Series.

“I’m a huge Astros fan, and I have a store promotion where if customers buy a mattress and the Astros win the World Series, they get their money back,” McIngvale told The Associated Press.

Jim "Mattress Mack" McIngvale, owner of a furniture store in Houston, placed a $3.5M bet on the Astros to win the World Series.

It's one of the largest bets ever taken by a U.S. bookmaker 💰 https://t.co/KkstYGNMxH

FanDuel, which runs the sports book at the Meadowlands Racetrack in East Rutherford, just outside New York City, said it will take McIngvale’s bet online.

Earlier this week, he wagered $3.5 million on the Astros at the DraftKings sportsbook at Scarlet Pearl casino in Biloxi, Mississippi.

McIngvale says he’s a huge Astros fan who has bet millions in previous years on his team. And he may not be done yet.

Using at least two intermediaries, he has approached sports books in New Jersey about placing bets as large as $5 million, prompting FanDuel to seek a waiver from state gambling regulators of a rule limiting any single bet to $5 million. FanDuel decided on $1.5 million as the amount it will take from McIngvale at +220 odds, meaning he would win about $3.3 million if the Astros win baseball’s championship.

It is also possible he may place bets with other sports books in New Jersey.

As far as betting an amount that could approach $10 million in three or more states, he said simply, “If I couldn’t afford to lose it, I wouldn’t do it.”

Many sportsbooks are listing the Astros as favorites to win the World Series, followed by the Dodgers and the Yankees. The Astros are favored in part because of their dominant top three starting pitchers, Justin Verlander, Gerrit Cole and Zack Greinke.