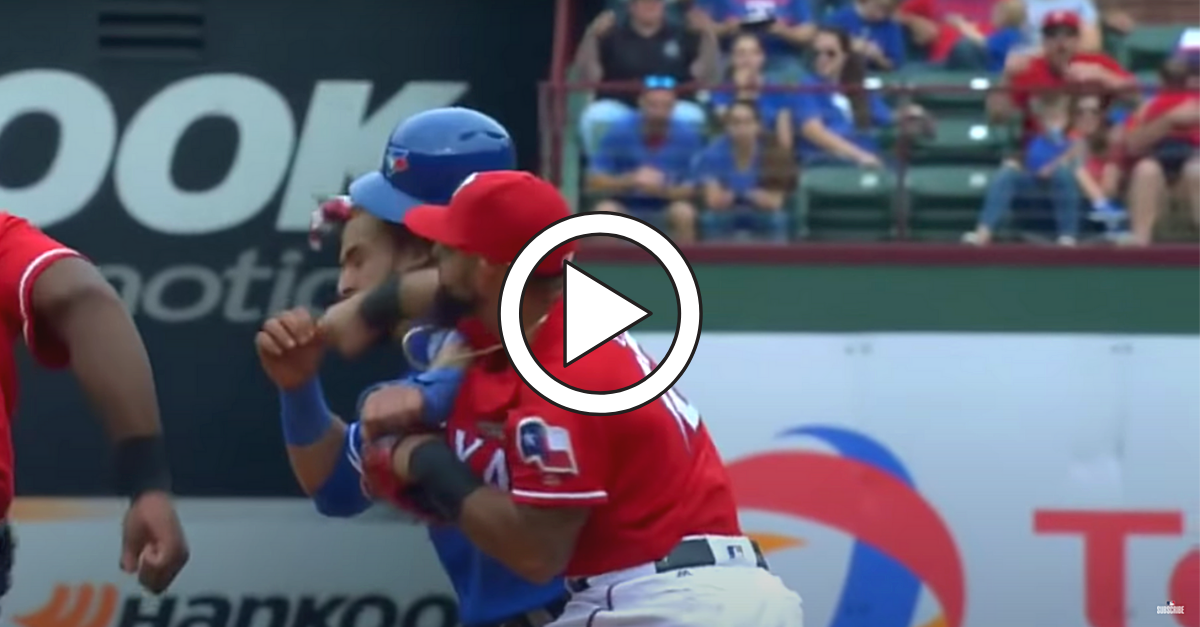 The Toronto Blue Jays and Texas Rangers were having a nice enough game until Blue Jays outfielder Jose Bautista went low on a slide into second base.

Rougned Odor didn’t take too kindly to that and had some words  with Bautista ? and then got in with a pretty nice right hook and it went down like this:

And apparently, Bautista thinks he’s a tough guy because he didn’t fall down after taking that punch. He also said he went hard at Odor because he didn’t appreciate getting hit by a pitch as retaliation from an epic bat flip in their 2015 playoff series (baseball players have a long memory.)

The slide and the punch resulted in a bench-clearing brawl and a bunch of ejections. From hardballtalk.com, the ejections were:

That’s a bunch. Odor is probably looking at a fine and a suspension. And for his part, Bautista was happy he stayed on his feet after taking the punch:

Jose Bautista commented on the punch he took from Rougned Odor. pic.twitter.com/i0k2bSvYoM

This article was originally published on May 15, 2016.