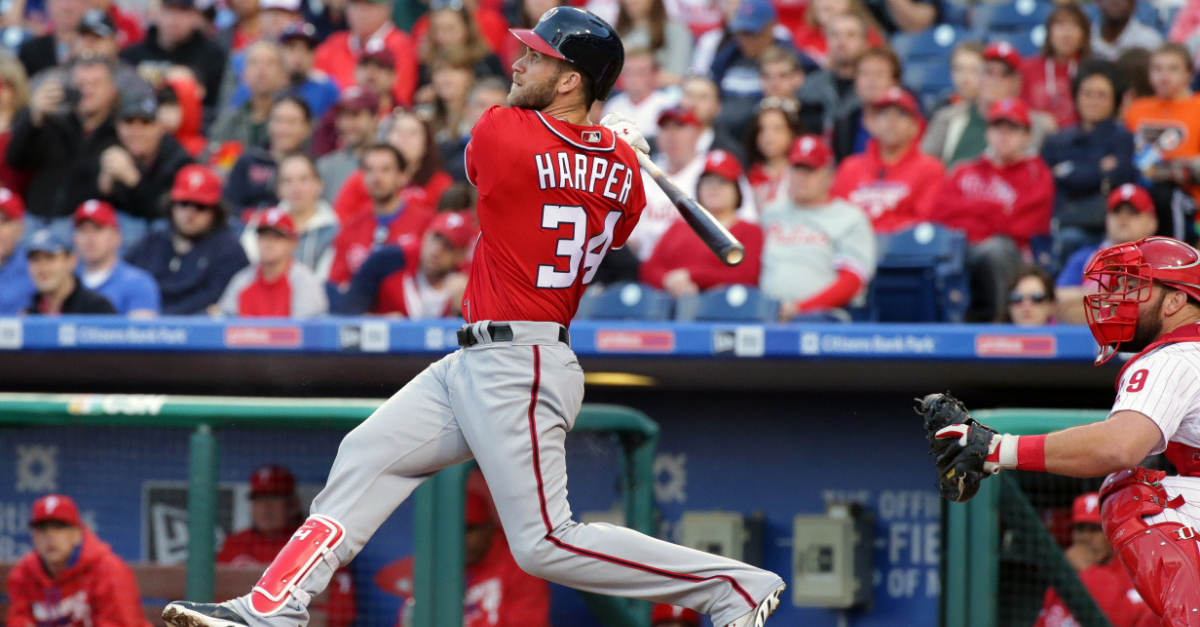 The biggest free agent of the last decade was former Washington Nationals outfielder Bryce Harper. Even before becoming the first overall pick in the 2010 MLB Draft, the slugger from Las Vegas, Nevada was billed as the next superstar of Major League Baseball. In high school, Harper hit a home run that was reportedly measured at 570 feet. The longest in MLB history? Babe Ruth once hit one (we think) that traveled 575 feet…

At just 26 years old, we knew Harper was going to get a massive deal from one team this offseason, but what happened is just ridiculous. The Philadelphia Phillies and Harper agreed to a mind-blowing 13-year, $330 million deal. You read that right: $330,000,000. He has a no-trade clause and cannot opt out at any point, which basically means Bryce Harper will play for the Philadelphia Phillies until he’s 40 or until he runs away to Mexico and retires.

The deal, which was first reported by MLB Network’s Jon Heyman, surpasses the deal New York Yankees slugger Giancarlo Stanton received in 2014 as the biggest contract in baseball history.

Many MLB die-hards considered Harper a once-in-a-generation talent coming out of high school, but through his first seven MLB seasons, the six-time All-Star posted a .279 batting average and has only hit over .300 (the benchmark of an elite hitter) twice in his career in the National League.

Then again, when you average 32 home runs and 91 RBIs over a full season and have a career .388 on-base percentage, who cares if you’re hitting the ball every time or not?

The 26-year-old’s free agency mega deal is ludicrous when you break it down.

Harper averages 565 at-bats per season over his first seven years. He’ll likely increase that pace if he’s healthy, so let’s say he averages 580 at-bats every year for the next 13 years. He’s making over $25 million per year, which means Harper will make $43,766 during every at-bat for the rest of his career.

I’ll repeat that in case you’re skimming this: BRYCE HARPER WILL MAKE $43,766 EVERY TIME HE STEPS TO THE PLATE.

Go ahead and let that sink in for a few moments…

Thinking you picked the wrong career? Yeah, me too. Here are some very important jobs that won’t pay as much in an entire year as Harper’s contract pays if he steps up the plate just four times in a single game:

The worst part is, this is a VERY short list. You can do your own exploring by clicking here to see how many other jobs pay less and don’t require swinging a baseball bat.

The next time you see the Phillies at Citizens Bank Park, keep this number in mind. He’s playing a game that you and I could walk outside and start playing ourselves, and he’s getting paid nothing short of a king’s ransom to do it. Kudos to Harper for making this much money, but damn.

Think this was big? Just wait until Mike Trout ? the best player in baseball ? enters free agency after the 2020 MLB season…

READ MORE: Get Ready: Tebow Time is Coming to Major League Baseball in 2019