There's nothing worse than a tie.

The vulgar adage aside, ties are truly a lose-lose situation for everyone involved. In the NFL a tie signifies a boring horrible game and saddles each team with an ugly extra column in their record. Seriously, do you want me to talk about the 8-7-1 Baltimore Ravens? It's gross aesthetically, but that's not the point.

I can understand when a little league or youth soccer game ends in a tie; that's fine. No player on the field is looking for the W, they just want the snow cone after the game. In the professional realm, the victory is the snow cone, and only one team gets to raid the ice cream truck.

This is why the 2002 MLB All-Star Game is maybe the worst professional sports event in the history of the world because there was no winner. There was a tie. And only one man is to blame: former MLB Commissioner Bud Selig.

Before 2002, the MLB All-Star Game was Awesome 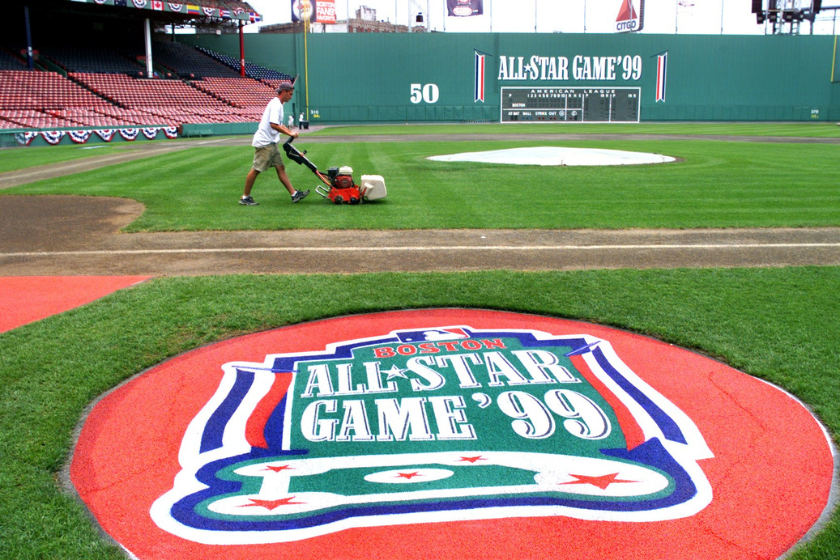 The MLB All-Star Game used to be awesome. It was a midseason meet-up between the best players from each league and they'd go absolutely bananas on each other. Seriously. Bo Jackson's leadoff home run? Iconic. Bo Jackson didn't have to go yard in the 1989 All-Star game, but he did and he did it off Rick Reuschel, who posted a 12-3 record with a 2.12 ERA in the first half for the San Francisco Giants. Reuschel only surrendered seven home runs in the first half and he gave up back-to-back dingers to Jackson and Wade Boggs to open the game.

A decade later, Boston Red Sox Hall of Fame ace Pedro Martinez answered the question "what would happen if you put the best pitcher on the planet up against the best bats of the Steroid Era?" Pedro's two innings at Fenway Park might be the most incredible pitching performance of all time, and it happened in the All-Star Game. The game was a respite from the day-to-day competition. We laughed at John Kruk facing Randy Johnson, we applauded to foolery. The game was fluff. The best kind of fluff.

So what happened? Why did this Midsummer Classic go downhill?

Bud Selig ruined it by hosting it in his city.

The 2002 All-Star Game was held at Miller Park in Milwaukee, the home of the Milwaukee Brewers, the team he owned prior to being elected MLB Commissioner in 1992. In order to rid himself of any conflicts of interest, Selig handed over the ownership reins to his daughter before becoming commissioner...make of that what you will. I'll say that that's an interesting way to remove any conflicts of interest, Bud.

Back to 2002. The original plan for the 1999 All-Star Game was for it to be held at the brand new Miller Park. However, construction delays pushed the event to Boston, and Milwaukee was awarded 2002. However, the loss of the final All-Star Game of the 20th Century, which is commonly referred to as one of the best of all time and involved celebrating the accomplishments of the greatest players of the previous century, wasn't lost on Commissioner Selig. If he had missed out on the biggest All-Star Game of the last century, he was going to make sure that his Midsummer Classic topped it. 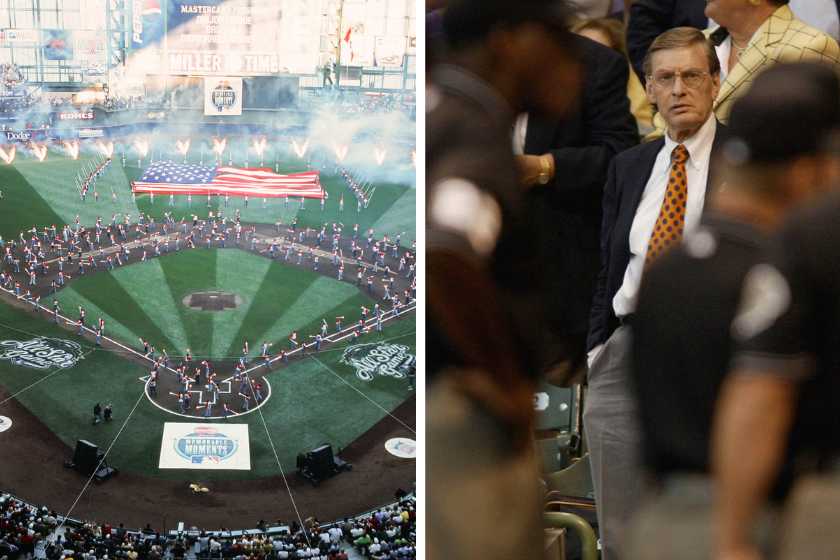 The All-Star Game started off with a bang, as Twins centerfielder and defensive wizard Torii Hunter robbed Barry Bonds of a home run in the first inning. Much like Mark McGwire and Sammy Sosa in 1999, Bonds was in his post-73 homer season in 2002, so he was ready to show up and show off. Hunter wasn't going to let that happen. In a show of affection and respect, Bonds ran out to the outfield, picked up Hunter, and jokingly made it appear like he was going to power-bomb him into the turf. The two shared a laugh and we got our first fun All-Star Game moment.

That would be the end of the fun.

All in all, this game was just bad. Barry Bonds took a struggling Roy Halladay deep to give the National League a 4-0 lead, and that seemed like it would hold true. And it would until the managers began to get weird with their substitutions.

The issue here is that because the All-Star Game is being played in a National League ballpark (because...tradition?) in a game where the main objective is to not suffer a season-ending injury, why would you even consider allowing pitchers to bat? Just allow a designated hitter? What are we doing? Turning pitchers into batters wasn't going to happen, so substitutions become necessary.

Any fan of a National League team will tell you that substitutions, especially in a bullpen game can leave a roster thin in the later innings. And that is exactly what happened in this game.

As the game barreled into the 10th inning, each manager was left with lineup cards that looked like Jackson Pollack paintings. No pitchers were left, so Arizona Diamondbacks skipper Bob Brenly and New York Yankees legend Joe Torre sent Freddy Garcia and Vicente Padilla to the mound. Each of the two remaining starting pitchers was tasked with pitching for two innings each, something no other pitcher in the game was asked to do.

And then, as Benito Santiago struck out against Freddy Garcia, it happened. The game ended in a tie, 7-7. The All-Star game was in shambles. Bud Selig, sitting in the front row at the ballpark he built, made the call that rather than have the game continue, it was best to save face and call it.

Selig's decision was one of self-preservation. Rather than continue to play the game, dragging on the inevitable tie, Selig decided that a temporary black eye is worse than a broken arm. But the damage to the game was done, and Bud Selig's black eye would only get worse.

The Solution is Worse Than the Problem 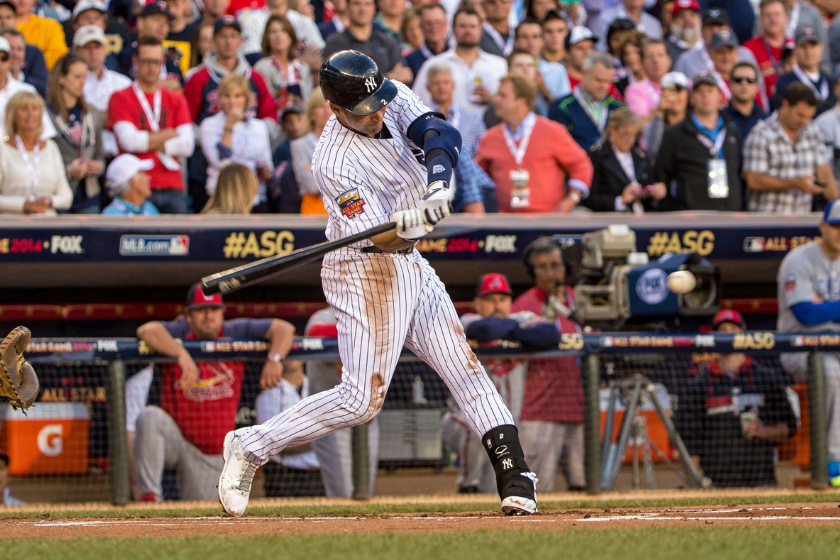 The very next season, following the nuclear fallout from the tied All-Star Game, MLB announced a rule change. In order to give the All-Star game more importance, the winning league of the Midsummer Classic would be awarded home-field advantage in the World Series. That's right. Bud Selig's self-inflicted tie gave us the home-field advantage prize that truly ruined the game for almost 15 years until it was struck down in CBA negotiations.

Adding a high-stakes reward didn't help the game's popularity or enjoyment. Instead, it made the game too serious, the voting too weighted and honoring legends a big point of contention.

In 2014, St. Louis Cardinals pitcher Adam Wainwright admitted to grooving a few fastballs over the plate so that Derek Jeter, who was retiring at the end of that season, could have a proper All-Star Game send-off. Well, Jeter smashed one of those fastballs for a double in the first inning and was then driven home by a Mike Trout double in the very next at-bat. The American League would go on to win that game 5-3, with Jeter's first-inning run playing a big role in the later innings.

Because of that win by the AL team, the Kansas City Royals, a Wild Card team, was awarded home-field advantage in their World Series matchup against the San Francisco Giants. That's insane. Millions of dollars handed to a Wild Card team because Adam Wainwright felt he had to give Jeter a hit in his final All-Star game? Come on.

Without the weight of home-field advantage, we can all appreciate Jeter and give him the send-off "The Captain" deserves, much like the one Detroit Tigers legend Miguel Cabrera and former NL MVP Albert Pujols will get in 2022. But, there's still something missing. The 2002 All-Star Game broke the Midsummer Classic because it exposed the real problem with the event: it's boring.

Is the MLB All-Star Game a Lost cause? 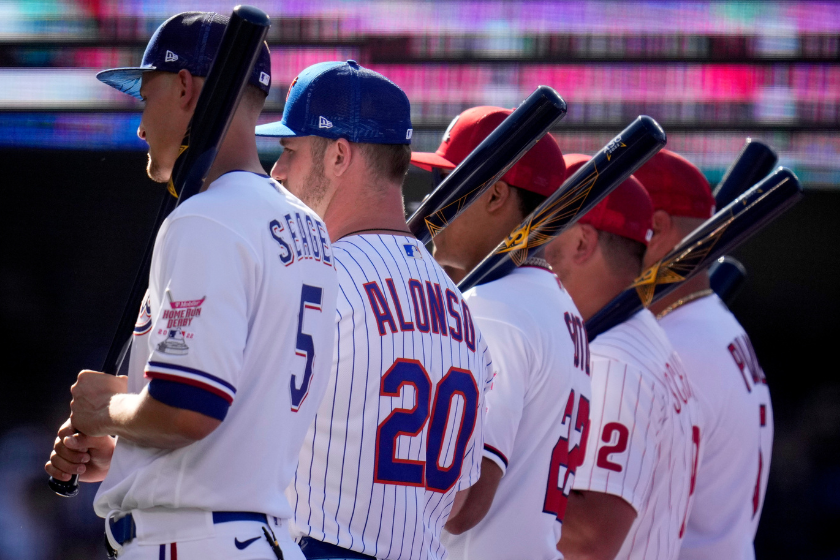 The MLB All-Star game cannot compete with that of its fellow professional sports. The NBA has explosive, highlight reel games that include the game's best stars, the NHL has an abbreviated format with a high-scoring, beer league feeling. The MLB's All-Star celebration feels more like the NFL's Pro-Bowl, where you can miss it and not lose sleep.

The honor of being elected to the All-Star Game has also been diminished thanks to online fan voting. Fan bases can now annoy other fan bases by ballot-stuffing their own team. The Kansas City Royals achieved this in multiple years, at one point having their entire infield leading the rest of the league in votes. It's annoying and it's not fun, especially when deserving players are left off the roster. And what's worse is that this push to all fans a stronger voice came from the Boomer idea that the game is dying off and fans are running from America's Pastime.

Perhaps that's because of things like home-field advantage and team ballot stuffing, that the game is losing its luster. When I was a kid, and I received the paper ballot at the ballpark, I would spend the entire game wracking my brain, arguing the lineup I was submitting and reasoning each positional selection based on fit, ability and star power. The All-Star Game was important because it was a showcase of the game at its best. Today's mid-July festivity? It's lost in an identity crisis that is 20 years in the making.

And 20 years after the infamous tie that broke the game, MLB introduced an extra innings rule that would settle a tie ballgame with a home run derby. Pete Alonso and Julio Rodriguez bashing balls in Los Angeles as a tiebreaker is a bandaid over an open wound, but it's nice to see a fix two decades after the problem. Especially since we already watched the Home Run Derby the previous night. I'd rather that than ask Justin Verlander to face sluggers Juan Soto, Ronald Acuna Jr., and Kyle Schwarber until someone scores a run and sends the Dodger Stadium crowd into a frenzy.

I don't know how to fix the All-Star Game and frankly, I don't know if it is fixable. All I know is that in the last 20 years we've seen attempt after attempt to make the game more interesting and fun fail over and over again. And there's one man to blame for it.

Congratulations, Rob Manfred! You're once again going to be asked to clean up a Bud Selig mess.