The Boston Red Sox have had some giants in the clubhouse over their 100+ years of existence, but to younger fans there are no bigger legends than those who played on the 2004 Curse-Ending World Series team.

Those Red Sox, who went the distance in the previous ALCS against the Yankees, were staring down the barrel of getting swept by the Evil Empire. Instead, the Red Sox turned up the heat, refused to back down and sent the Yankees back to the Bronx as they went on to face the St. Louis Cardinals in the Fall Classic.

And leading those Red Sox into battle were All-Stars Pedro Martinez and Manny Ramirez, and a young designated hitter named David Ortiz. Mention those names to any New Englander and they'll begin to tell you a million stories about each guy, some about baseball and some about the time they swear they saw Manny at the Chowder House. But there's one thing you can 100 percent see for sure this summer, and that's their offspring playing on the same team about 45 minutes south of Fenway Park.

That's right, the sons of Pedro Martinez, Manny Ramirez and David Ortiz are all playing on the Brockton Rox this summer and you can go see them for less than a nosebleed seat at Fenway Park. 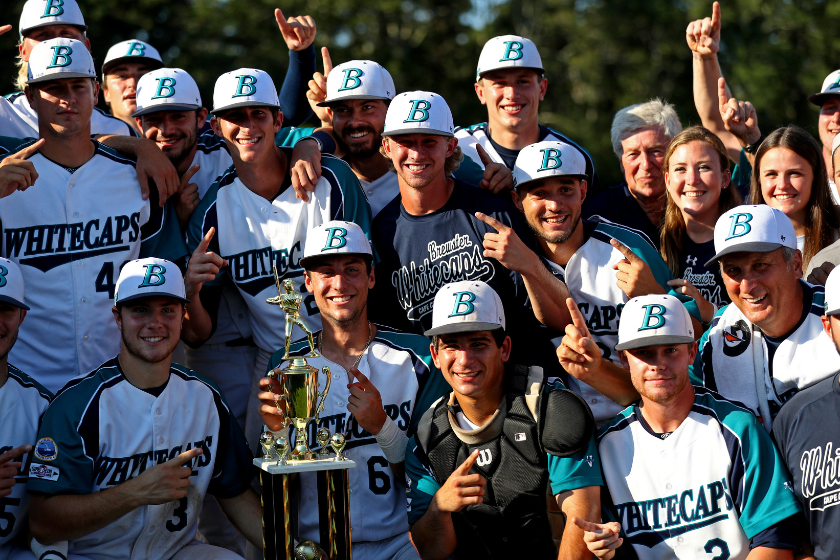 The Brockton Rox are a summer baseball team located in Brockton, Massachusetts, located just 30 miles outside of Boston. The Rox are a member of the Futures Collegiate Baseball League of New England, or FCBL for short, a wood-bat summer league that allows NCAA players the opportunity to hone their skills against top-tier talent in the offseason as well as get playing time in front of MLB scouts. That explains why the offspring of Red Sox royalty are spending their summers in Brockton.

While some of you may be thinking of the FCBL as the league from the movie "Summer Catch" starring Freddie Prinze Jr., you're half correct. There are a bunch of summer baseball leagues spread throughout New England, each one offering the same key opportunities to players: playing time and exposure to MLB scouts. But the Brockton Rox may get more looks than any other team thanks to their legacy lineup.

Sons of Sox Legends Suit Up for Summer Baseball

D'Angelo Ortiz recently graduated from Westminster Christian High School in Miami, finishing his high school career with a .362 average and a .475 on-base percentage. After this summer season, Ortiz will play ball at Miami Dade College.

While D'Angelo may not have his father's home run swing yet, he does have a terrific glove, posting a spotless fielding record in 2022. As a high school graduate, it will be an interesting summer for D'Angelo. If he can show that he's ahead of the game when facing higher-caliber pitching, maybe he'll prove to scouts that the apple doesn't fall too far from the tree. And that's exactly what he's trying to do: put in the work.

"What people don't understand, too, is that day that you go into pro ball, it's just the beginning," Ortiz told MLB.com in a recent interview. "It doesn't mean you did anything. That's the beginning -- and that's where people figure out whether you're really built for this sport. So this is the very, very beginning, and I've got a ways to go. But I'm all for it and I want every part of the journey."

Similarly, Manny Ramirez Jr. (one of Elder Manny's three sons named Manny) has also spent time on the Florida high school circuit and will suit up for Tallahassee Community College next year. Watching Manny Jr. hit a ball out of the park will make any fan born after 1990 feel old. Similar to how Vlad Guerrero Jr. is the spitting image of his father at the plate, Manny Jr.'s swing is a carbon copy of his old man's. If there was ever a way to redefine "Manny Being Manny" it's through Manny Jr. and his swing.

Pedro Martinez Jr. has nothing to worry about when it comes to being compared to his father. We all know the legendary flamethrower and Cy Young winner that was Pedro Martinez, but his son has taken a completely different position: outfield. Unlike the other two Fenway offspring, Pedro Jr. already has some professional experience. The Detroit Tigers signed him to a minor-league deal in 2018 and sent him to their rookie affiliates in the Dominican Summer League and then in the Gulf Coast League, the lowest rungs of the ladder to MLB. After three seasons of below-average play, the Tigers released Pedro Jr., which is how he ended up on the Brockton Rox.

If the goal is to play in the Majors, Pedro Jr. has a lot of work ahead of him. But that's what summer baseball is for, right? 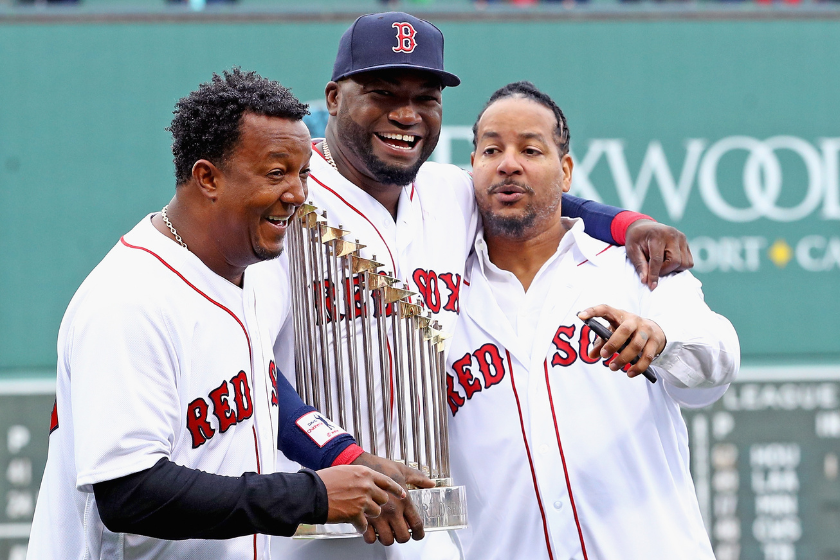 To be perfectly honest, my hope was that bringing in the children of three all-time great Red Sox players wasn't a publicity stunt for the Brockton Rox. In independent leagues we've seen Massachusetts teams make some interesting roster decisions, like when the Worcester Tornadoes signed Jose Canseco, just to put butts in seats.

And while it must be nice to have a father who played in the Majors, it's even better to have one who understands that the path to Major Leagues is one you have to prove yourself on.