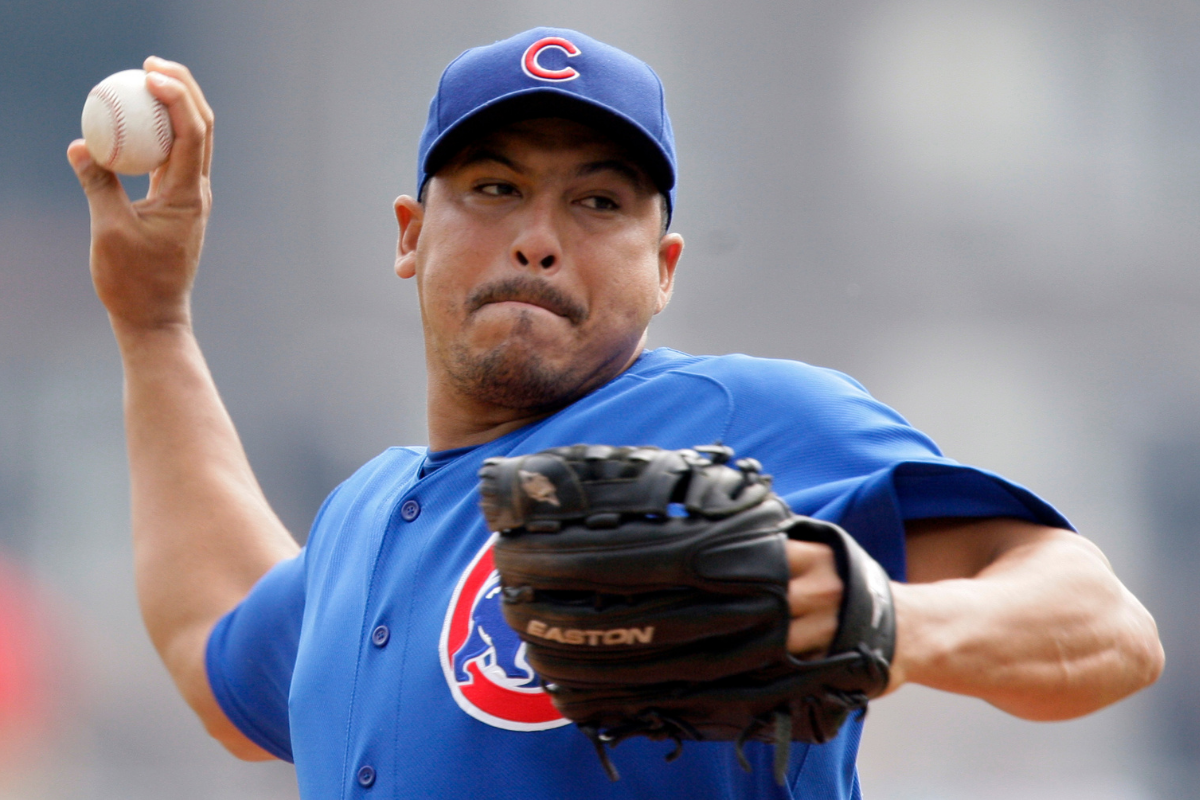 Think of former Chicago Cubs pitcher Carlos Zambrano like you think of Bruce Banner. He’s not such a bad guy as long as you don’t piss him off.

Like Edward Norton’s The Incredible Hulk, the former Cubs pitcher believes he’s put the beast to bed forever. But unlike the green muscular monster, Zambrano finds his strength in God, not super-science.

The former fiery pitcher has been cooled by the forgiving waters of baptism. After a career of strikeouts, Silver Slugger Awards and one no-hitter, the 39-year-old man once known as “Big Z” or “El Toro” has hung up his cleats for good. He’s traded his bat for a Bible, preaching to people rather than pitching to them. Big Z has been reborn as Reverend Z.

Just like Edward Norton’s The Incredible Hulk, nobody remembers Bruce Banner as a scientist. In the same way, Zambrano will always be remembered for his heated exchanges and hulk smashes.

Carlos Zambrano proves the notion that you don’t have to win a Cy Young Award to be remembered by Major League Baseball fans (especially Cubs fans) forever.

Zambrano joined the Big Leagues via Chicago from Venezuela in 2001. El Toro sat in the dugout of Wrigley Field rather than that of the crosstown rival White Sox. The Venezuelan adjusted to the National League quicker than his temper. Biz Z was a Big Problem for every team in the NL – from the MLB’s Milwaukee Brewers to the Pirates of Pittsburgh to the Fanatical Phillies to the San Diego Padres. Hell, most of professional baseball had an issue with Zambrano. El Toro gave everyone the horns, from the Boston Red Sox to the Minnesota Twins in the AL to his own teammates.

In 2004, El Toro was voted an All-Star and placed fifth in Cy Young voting. He accomplished both feats three times. One single hit from the Houston Astros prevented Zambrano from throwing his second no-hitter in 2006.

The year 2007 was a mixed bag for Big Z. On the one hand, he got to pitch in a playoff game. With the other hand, he punched his catcher Michael Barrett in the dugout. You take the good with the bad.

The bad boy pitcher was unusually good at racking up RBIs as a batter. He still holds the record for most home runs by a Cubs pitcher with 24. If only he could control his temper as well as he controlled the bat.

RELATED: Steve Bartman Was Blamed for Years, But Where Is He Now?

In 2011, Zambrano had a bad night. The Atlanta Braves were kicking his ass all over Turner Field. El Toro was seeing red. He threw two pitches at Chipper Jones and was ejected for his efforts.

Zambrano had another meltdown. He screamed at the umpire, took a baseball bat to a Gatorade fountain, packed his bags and told the Cubs he was retired. But unlike his other meltdowns, the Cubs had enough of his antics.

Zambrano was suspended without pay then traded to the Miami Marlins. He told the Chicago Tribune that the unexpected trade led to unexpected peace. After some time back home in Venezuela, Zambrano returned to Miami a Man of God.

He retired after one surprisingly solid season with the Marlins. It was Big Z’s first retirement, but not his last.

According to the Chicago-Sun Times, Zambrano attempted a comeback in 2019. He joined the American Association of Independent Professional Baseball‘s Chicago Dogs in Rosemont, Illinois.

Even though the American Association is not part of the Minor Leagues, Zambrano made it clear that this was an attempt to reach the majors once again. After a so-so season as a bullpen reliever, the once starting pitcher was led elsewhere. Early last year in 2020, Zambrano officially retired for good.

Retired from baseball, that is. Big Z still has a Big Mouth. He’s just putting it to good use.

Zambrano has chilled out quite a bit since the first time he threw a pitch in the majors. El Toro sees himself as living proof that God can take any man and turn his life around. Well…maybe so, and maybe Edward Norton’s The Incredible Hulk is finally gone for good.

Zambrano is now a pastor at King Jesus Ministry in Miami.

“I’ve been in Venezuela and Argentina, the Dominican Republic and many countries preaching the word of God,” he told CubsHQ.com. “When I was in Chicago, I was a believer but I didn’t practice. Now I’m really committed.”

Just like Mark Ruffalo’s Hulk, Reverend Z is a big man with a big heart. At the end of the day, that’s all Zambrano ever was. Big Z won’t convert another strikeout, but he ain’t done converting quite yet.

MORE: What Happened to Josh Hamilton and Where is He Now?