Former Texas Rangers slugger Josh Hamilton is a controversial figure who's dominance in MLB was short-lived.

The five-time All-Star and former American League Most Valuable Player award winner was baseball's home run king during his prime. From his incredible Home Run Derby slugfest to his four-home run game, he was a modern-day Babe Ruth. However, as quickly as he emerged as a superstar, he faded out of relevance just as fast.

Having last played in the big leagues in 2015, Hamilton has struggled adapting to life after baseball. So where is the former outfielder now? 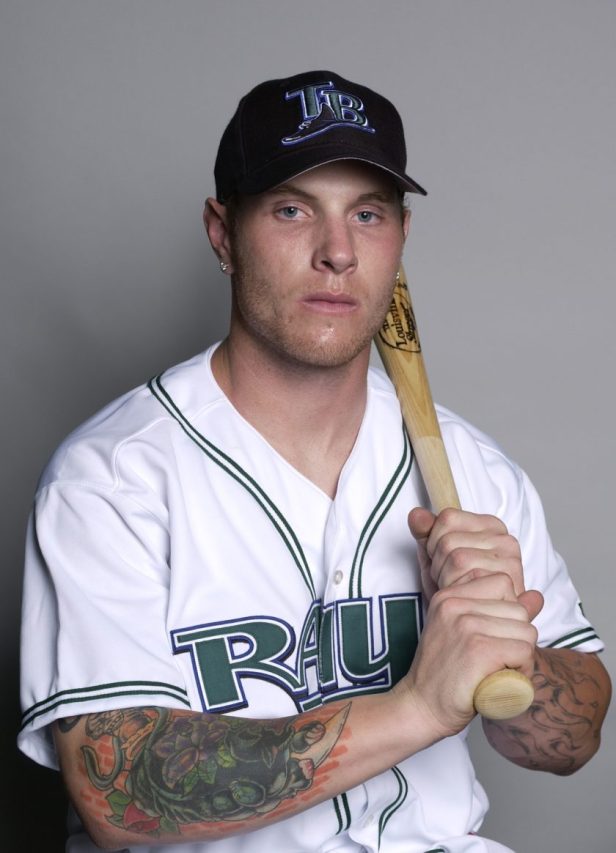 RELATED: Ivan "Pudge" Rodriguez is a Catching Legend, But Where is He Now?

Joshua Holt Hamilton was originally drafted first overall in the 1999 MLB Draft by the Tampa Bay Devil Rays out of Athens Drive High School in Raleigh, North Carolina. He then spent years in the minor leagues, working on kicking his drug habits.

The Rays left him off of their 40-man roster and he was selected in the 2006 Rule 5 Draft by the Chicago Cubs, who sent him to the Cincinnati Reds for $100,000. His MLB career started with the Reds, where he played in 2007 before joining the Texas Rangers at Globe Life Park.

In Arlington, Hamilton emerged as a star, making five-consecutive All-Star Game appearances, winning the AL MVP, hitting his way to three Silver Slugger awards and playing in the 2011 World Series. He also put on a remarkable show in the 2008 MLB Home Run Derby, hitting a then-record 28 home runs in the first round. 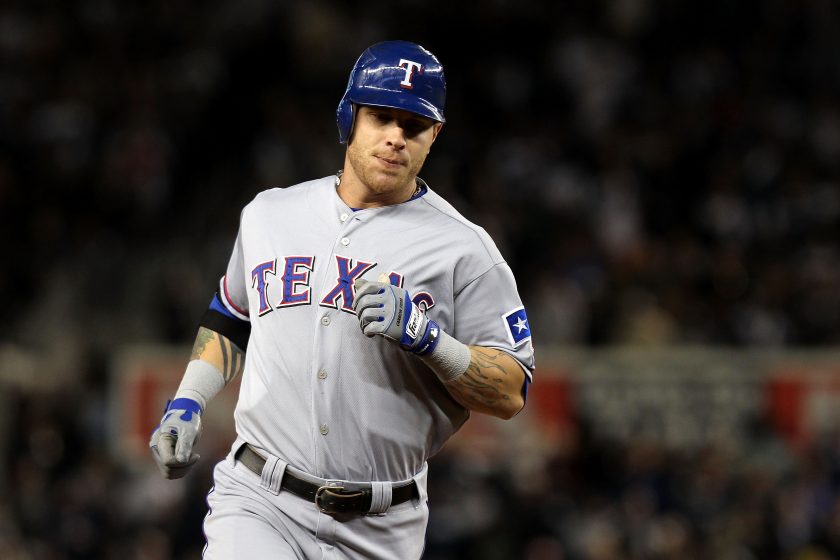 The highlight of his Major League career saw him sign a five-year, $125 million deal with the Los Angeles Angels in free agency back in 2013, though he largely failed to live up to the contract in Los Angeles.

The former first-overall pick was dealt back to the Texas Rangers in 2015 before knee injuries prematurely ended his career. He was inducted into the Texas Rangers Hall of Fame in 2019 after posting career numbers of 200 home runs and 701 RBIs with a .290 batting average.

Hamilton's career was largely derailed by his battles with substance abuse. His inability to stay off drugs kept him out of majors until 2007, and he struggled to stay clean throughout his professional career.

Hamilton filed for divorce from his wife Katie in 2015. They immediately shared custody of their four daughters -- Julia, Sierra, Michaela and Stella, per Sports Illustrated.

Hamilton was arrested in October 2019 in Tarrant County, Texas, near the Dallas-Fort Worth area, after being accused of hitting his 14-year-old daughter.

Per an arrest warrant affidavit, Hamilton's daughter told police that he threw a full water bottle at her chest before tossing a chair at her. Hamilton then allegedly picked up his daughter, pinned her on a bed and hit her in the back and legs with both a closed fist and an open hand.

Hamilton's daughter claims that the former big-leaguer then told her, "I hope you go in front of the [expletive] judge and tell him what a terrible dad I am, so I don't have to see you anymore and you don't have to come to my house again," per the Washington Post.

Hamilton's ex-wife Katie Chadwick reportedly sought a protective order against Hamilton for one of their two daughters earlier that month.

Hamilton was issued a third-degree felony charge and released on $35,000 bond. The Keller, Texas resident was indicted by a grand jury in April 2020.

In February 2022, the 40-year-old pleaded guilty to to unlawful restraint, which is a Class A misdemeanor, and was ordered to pay a $500 fine, attend anger control counseling and parenting classes, as well as serving 20 hours of community service, according to the Tarrant County Criminal District Attorney's Office on social media.

Katie Hamilton, meanwhile, began her own podcast, "When Life Throws You A Curve & How To Make The Adjustment," so she could tell her story in her own words.

As for Josh, let's hope he's staying clean and healthy and getting the help he needs.

MORE: What Happened to John Rocker and Where is He Now?