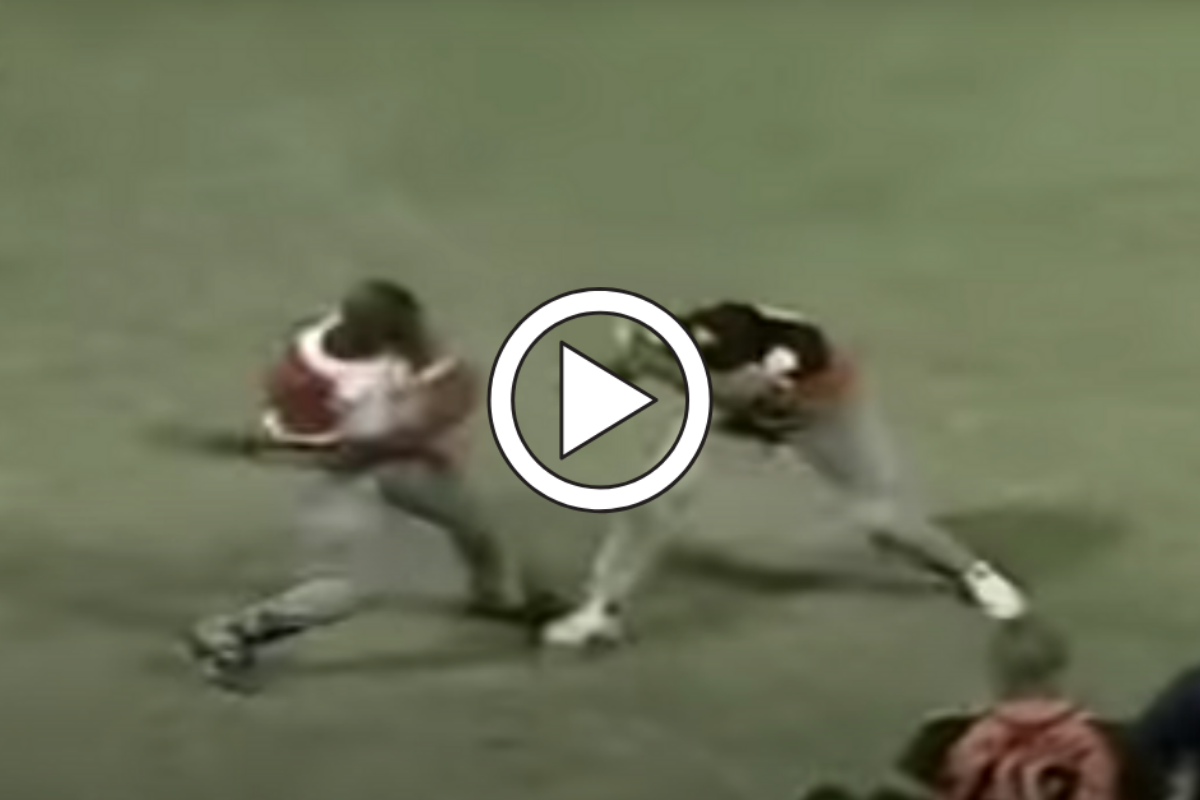 Maybe the last thing you expect to see at a baseball game is attempted murder. That, and the San Diego Padres actually in the playoffs. But outside of the MLB or the United States, baseball is a matter of life or death in South American and Caribbean countries.

In Venezuela, a hitter full-on attacked a catcher with his thick piece of lumber. Even in the minor leagues here, players have thrown balls as hard as they can toward opposing dugouts and karate kicked a catcher after being drilled by a pitch.

Baseball was never meant to be a violent sport in the way football or hockey is, but fights and brawls are bound to occur when guys are firing 100-mph fastballs toward hitters.

Sometimes, batters are bound to retaliate if they feel a hit-by-pitch was intentional. Bats are used as weapons in Cuba, apparently.

That, my friends, is a scary sight.

Things turned ugly in Havana during the 2014 Cuba National Series when Villa Clara pitcher Freddy Alvarez hit Matanzas batter Victor Victor Mesa, who is now one of the Miami Marlins’ top prospects. Alvarez had given up a home run to lead off the seventh inning and nailed two of the next three hitters he faced with fastballs.

Matanzas? Demis Valdes, who wasn’t even in the game at the time, had seen enough.

Valdes left the dugout to charge at the 24-year-old Alvarez with a bat in his hand. Alvarez throws his glove at the pissed off Cuban baseball player, but that was no match for his full swing. Luckily, it appeared Alvarez didn’t taste the barrel there.

Valdes was immediately restrained by the catcher (who, by the way, should look into wrestling) and things died down after the benches cleared.

According to the Associated Press, the only injury from the melee was to Villa Clara first baseman Ramon Lunar. He was hit in the face on the backswing of one of Valdes’ attempts. Lunar was taken to the hospital but was OK.

Matanzas won the game, 3-0, but fans will likely never forget what they saw during that bench-clearing brawl.

Valdes was banned from the league for a year and Alvarez, a member of the Cuban national team, missed the rest of the season. If you ask me, a one-year ban for that scrum isn’t enough.