Dale Scott was 14 when he began to discover he liked guys. He was on a hunting trip in Eastern Oregon with his dad and uncle. They were stopped at a red light in their pickup truck, when his uncle asked, "Scotty, you see her?" as a girl crossed the road. Only Scott was looking at the guy she was with.

"I looked at him and go, 'oh yeah, I see,'" Scott remembered with a chuckle.

Forty-one years later, Scott would make history as the first (and only, so far) umpire in Major League Baseball history to come out as gay. His road to coming out is an inspirational one, and it embodied much of what it means to be an umpire. Blending in. Trying not to stand out.

As Pride Month comes to a close this 2022, it's important to remember Dale Scott's story because there aren't many like him in professional baseball. There's never been an active MLB player to come out, and there have only been two former players that came out publicly after their careers. 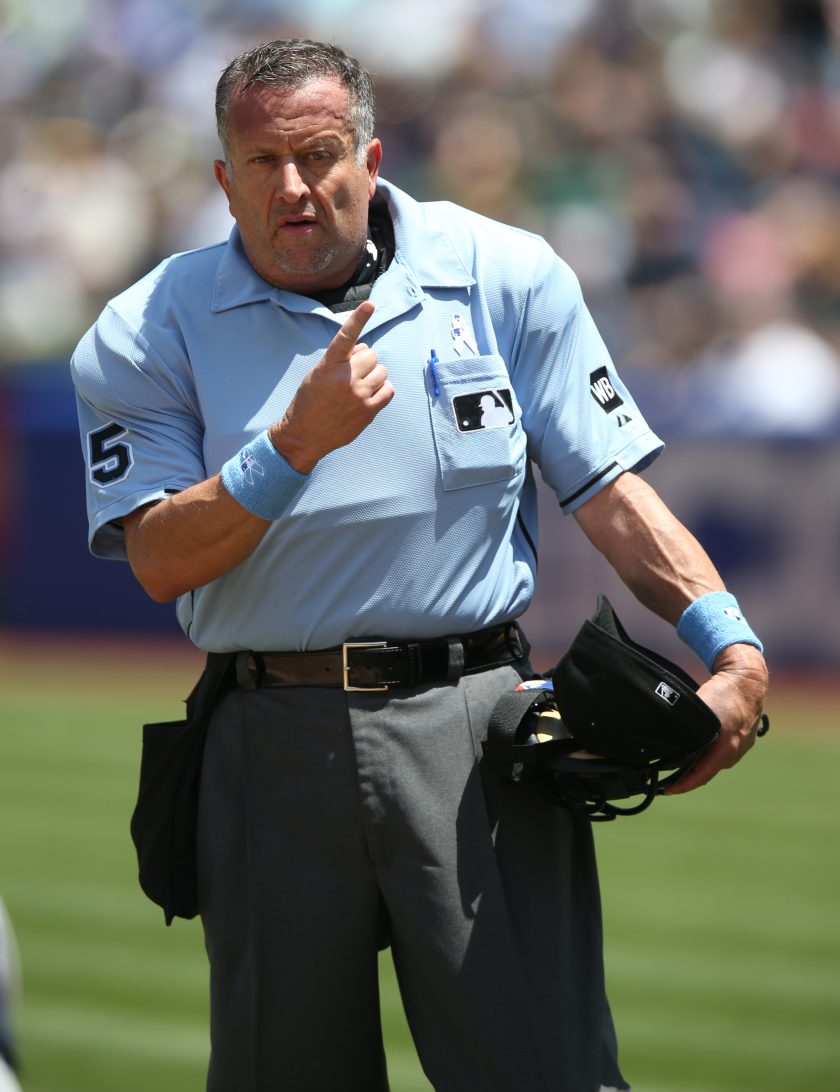 Scott had an inkling about his sexuality when he was in junior high school. It wasn't until he was about 19 that he really figured out who he was.

"It was one of those things where I realized I'd have to play the game," he said regarding hiding his sexuality.

Yes, this umpire was playing the game. A game he grew accustomed to when he became a MLB umpire. In fact, his job afforded him the excuse when people back home in Portland, Oregon, would ask why he wasn't dating any women. And conversely, keeping his private life private from his umpire friends was easy because he didn't worked where he lived.

It wasn't until 1999 that Scott realized some of his buddies had him figured out. Fellow umpire Derryl Cousins told him at a bar after a Spring Training game that he knew Scott maintained a different lifestyle and that it was OK. That started to break the rainbow ice.

"Maybe I wasn't as great an actor as I thought I was," Scott joked.

A few years later, Scott was in his first full year as crew chief in 2002. At his crew's first dinner with umps like Jim Joyce, Jeff Nelson and Ron Kulpa, Kulpa finally just blurted out what the rest were thinking.

Scott actually appreciated that. It made his "coming out" a lot easier. From then on, he was out among his peers and to the people closest to him.

Still, that doesn't mean Scott didn't hear homophobic jokes and derogatory terms in the locker room. After all, homophobia is baked into this country as much as baseball is. Scott even remembers one time before a playoff game in Tampa when one of his fellow umpires was telling a story and ended by saying, "now isn't that gay?" The umpire immediately apologized and Scott said he wasn't offended.

"Half the battle is you realizing what you just did," Scott said.

He continued, regarding jokes like that: "It didn't really prevent me from coming out. I just kind of absorbed them and moved on."

Fast-forward to 2014. Referee Magazine was doing a profile on Scott's life and career. Scott thought the story wouldn't be complete without mentioning his longtime partner, Mike Rausch, who he married the year prior and had been with nearly his entire Major League career, one that spanned from 1986 to 2017.

So Scott sent a photo of the two of them in to be used, knowing full well that he was basically outing himself. But he was ready. When one reader of the magazine sent the story to Outsports, a news website where the LGBTQ+ community and sports intersect, they wanted to do a full story on him. Two months later, after the season concluded, Outsports ran the story on December 2 and Scott's name blew up. 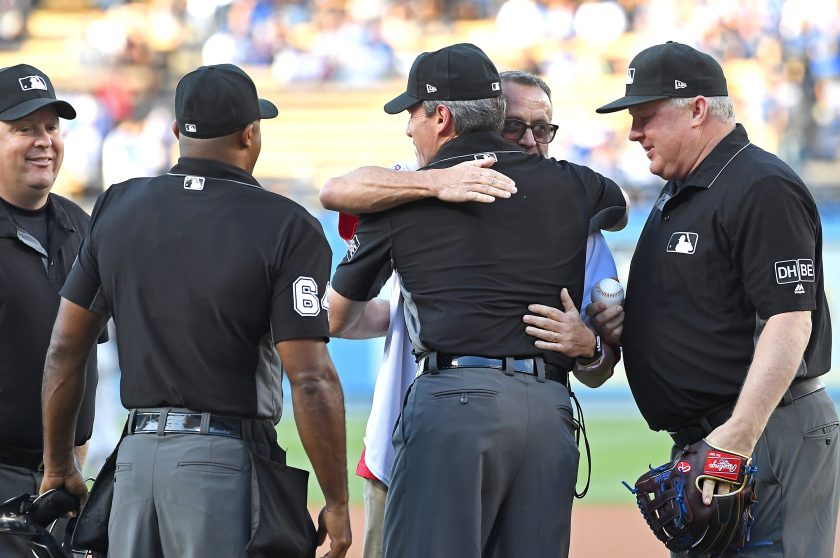 "I learned the power and the speed of the internet that day," Scott said. "It was really quite something."

The response was incredible. Fans wrote to him applauding him. The following Spring Training, he was standing near third base during a game between the Cincinnati Reds and Cleveland Indians. Outfielder Marlon Byrd came up to him, gave him a big hug and congratulated him. Later that same game, Joey Votto shook his hand and did the same.

It was responses like that, from fans and players across the globe, that inspired him to write an aptly-titled book alongside Rob Neyer, "The Umpire Is Out: Calling the Game and Living My True Self."

Scott has always wanted to be known as a good umpire who just so happens to be gay. And that's what he was. He's worked plenty of no-hitters. Seen many massive home runs. He's even worked three World Series. The first and third were both sweeps. The other one? 2001, the seven-game thriller that featured President George W. Bush's emotional first pitch after 9/11. In fact, Scott was at second base when Luis Gonzalez hit the bloop walk-off single in Game 7.

"Every time you see the highlight of the game-winning hit, you see me," Scott said, laughing.

Much like he did in that hit, Dale Scott has blended in his whole life. But that isn't the case anymore. He's out and proud and continues to inspire people like him in the baseball world.