"The Sandlot" is the definition of a timeless movie. The 1993 classic baseball film is about a group of kids who try to pickle "the Beast" after an autographed Babe Ruth baseball ends up in the monstrous dog's yard.

Along the way, we're gifted with a charming kissing scene between the bespectacled Squints and iconic lifeguard Wendy Peffercorn, who by the way is still a babe all these years later.

From Benny "The Jet" Rodriguez's unforgettable PF Flyers, lan 'Yeah-Yeah' McClennan's quips, to Michael 'Squints' Palledorous (played by Chauncey Leopardi) getting his moment with Wendy to the time Scotty Smalls closed his eyes and caught his first fly ball, "The Sandlot" is a movie many grew up with and still quote to this day. As a kid, the 1998 New York Yankees couldn't have taken down this baseball team.

There aren't more famous quotes than when "Ham" Porter told the rival team's leader, "You play ball like a girl!" or when he said, "You're killing me, Smalls."

It's been almost 28 years since 20th Century Fox released "The Sandlot" and these kids became stars, but what happened to everyone's favorite portly, freckle-faced catcher after he called his home run like The Great Bambino?

Who Played The Catcher in The Sandlot?

RELATED: Wendy Peffercorn is Still a Babe 27 Years After "The Sandlot"

Renna was originally born in Boston, Massachusetts, and moved to Los Angeles to pursue an acting career. "Ham" was certainly his breakout role, and he nailed it.

As the group's vocal catcher, Renna's character taught everyone how to make s'mores. He was also incredible at hurling insults.

Jerk, moron, geek, butt-sniffer, fart-smeller, toe jam-eater are just a few of those insults from one of the more memorable scenes from "The Sandlot." Then, he broke out the big one: "You play ball like a girl!"

Renna has reunited with his buddies from "The Sandlot" in the years since, and he's even recreated some of his famous lines:

Where is Patrick Renna Now? 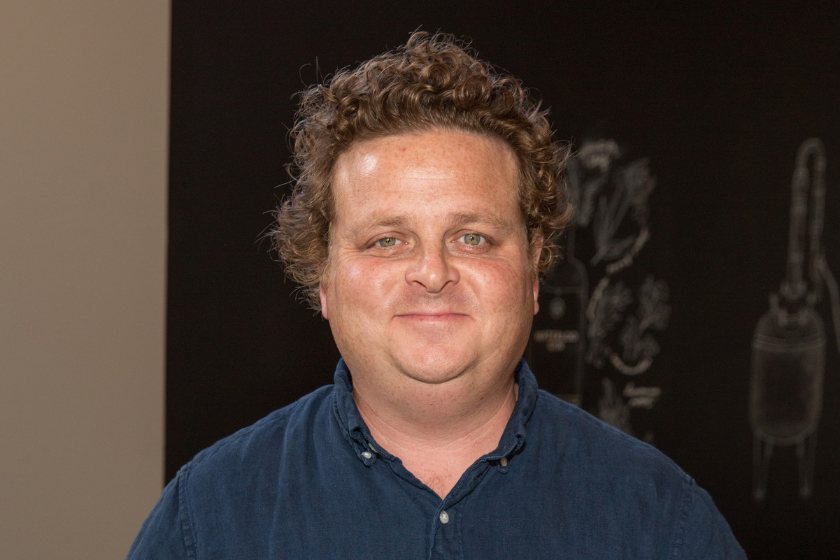 Today, Renna is 42. He parlayed his star role behind the plate into more jobs.

Renna has also been in TV shows like "Boy Meets World", "Boston Legal" (as Warren Peters), "The X-Files" (as Ronnie Strickland), "CSI: Crime Scene Investigation", "Salute Your Shorts", "Home Improvement", "Judging Amy" (as Ronnie Thayer), "The Closer" (as Jeffrey), "Bones" (as Pete Dineen), "Hell's Kitchen" (as himself) and Netflix's "GLOW" (as Cupcake).

When Renna isn't acting, he's all over social media. He also has a YouTube variety show called "You're Killing Me with Patrick Renna."

Ham eventually settled down and had little kids of his own.

Renna married Jasmin Renna. They welcomed their first child, Flynn Maxwell Renna, in 2017. Three years later in 2020 during the coronavirus pandemic, they brought another son named Liam into the world.

In August 2021, he posted a video of him "passing the torch" showing his son Flynn how to make s'mores just like he did in "The Sandlot." Of course, he didn't forget the one key rule: when the mallow's flaming, you stick it on the chocolate. The video had more than two million views within a day of posting:

Renna isn't the same kid he was when he acted in The Sandlot movie, but it looks like "The Great Hambino" is close to fielding his own team of players at home. Either that or he'll need to recruit Bertram Grover Weeks Let's just hope none of them use a Babe Ruth-signed ball to play with. Otherwise, they'd probably be killin' him.

This post was originally published on March 27, 2021, but has been updated.

MORE: Benny "The Jet" Rodriguez Pickled the Beast, But Where is He Now?