What those words mean to you says a lot about who you are. If they mean nothing to you, I am sure you are neither a Seinfeld nor New York Mets superfan. Suppose that simple declarative statement makes you think of the San Francisco-born St. Louis Cardinal-turned-New York Mets lefty first baseman All-Star Keith Hernandez.

His two-episode guest star run on Seinfeld in 1992 came as the result of an unwanted retirement. Hernandez, a five-time All-Star, eleven-time Gold Glove, twice Silver Slugger, and two-time World Series-winning baseball player, had extra time on his hands in 1991 due to back surgery.

Jerry Seinfeld, the comedian, loved Hernandez for his role on the Mets and wrote a script with Larry David starring the first baseman. Seinfeld's people contacted Hernandez and offered the baseballer a two-episode guest star role for $15,000 (that's $29,000 today).

Hernandez, having never acted before, was enticed by cash to give it a swing. The result is a classic Seinfeld episode that may have saved the entire Seinfeld series. Saving the series is nothing new to Hernandez--he was there in game six, after all. 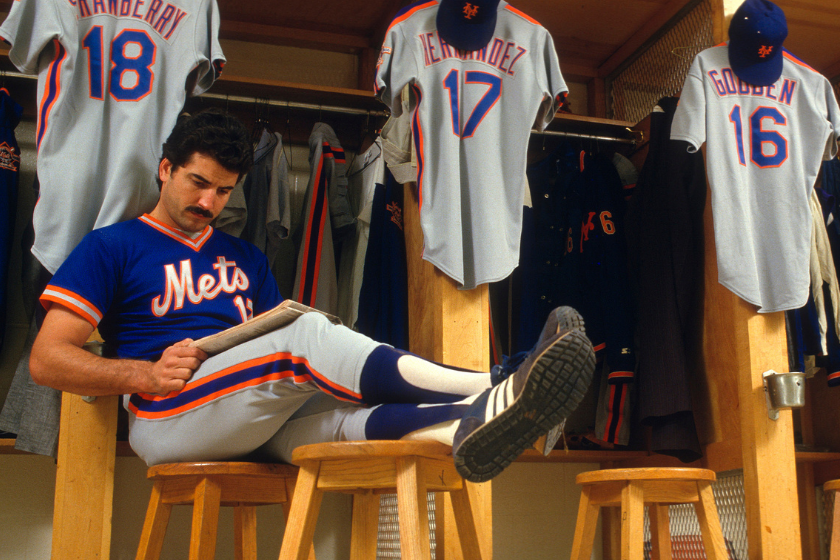 [From here on out, MAJOR SPOILERS. The two-part episode is available on Hulu.]

The Boyfriend is a two-part episode with four subplots. Classic Seinfeld.

The episode opens after a pick-up basketball game between Jerry, Kramer, and Costanza. Costanza and Jerry see Keith Hernandez in the locker room, who introduces himself as a fan to Jerry. Jerry and Hernandez exchange info and agree to hang out.

Their exchange leaves Jerry in a state of nervous limbo, akin to a schoolgirl waiting on a phone call. When Keith finally calls, Jerry is so nerve-stricken he isn't sure what to wear. (Jerry claims that happened in real life, too.) Keith meets Elaine, forming a comedy love triangle. Jerry is thrown into a jealous rage as Keith ultimately chooses Elaine over Jerry. When Keith asks Jerry to help him move, Jerry breaks up with the Mets Great.

Meanwhile, George Costanza commits unemployment fraud. He lies about a latex company named Vandelay Industries to his unemployment office. Still, He has his house of cards shattered by the wonderfully unsubtle Kramer. Costanza tries sweet-talking the officer by dating her homely daughter. The officer's daughter dumps George because he is unemployed.

Finally, Costanza swears to set up a meeting between his officer and her favorite Met, Keith Hernandez. Castanza rushes to Jerry's apartment to ask Hernandez to come to the unemployment office with him but arrives too late, immediately after "the magic loogie" concludes.

The magic loogie subplot has taken on a life of its own. Aside from the "I'm Keith Hernandez" line, the Zapruder-film conspiracy theory explanation scene is what The Boyfriend is best known for.

June 14, 1987, is the day in question. Far-reaching theories have since circulated the Internet about what happened on that day. Kramer and Newman had their version of the truth even after Jerry pointed out the flaws in their memories.

It took a face-to-face meeting with Keith Hernandez to straighten the conspiracy theorists out.

Hernandez was proven innocent when his testimony identified Roger McDowell as the elusive second spitter. Kramer and Newman then remember harassing McDowell in the bullpen all game, providing the pitcher with ample motive. (Darryl Strawberry was scripted as the second spitter but dropped out over image concerns.)

This new evidence corroborates Hernandez's claim to innocence, and the conspiracy theorists drop their accusations. Kramer and Newman agree to help Hernandez move and leave Jerry's apartment moments before Castanza arrives. Of course, by then, Jerry has also met the baby.

The episode's fourth subplot involves Jerry meeting a neighbor's baby. It's not crucial to the rest of the story but does provide an opportunity for clever wordplay and callbacks. It is a show about nothing, after all.

Rolling Stone ranks Hernandez's performance in the episode as one of the 100 Greatest Seinfeld Characters of All Time. Hernandez is no stranger to such accolades.

Series co-creator and star of Curb Your Enthusiasm Larry David always loved New York-area sports. He even portrayed New York Yankees legend George Steinbrenner on Seinfeld. So why have a New York Mets legend on the show? Because it's funny, that's why.

Seinfeld is Hernandez's biggest acting gig, and he would later revive the role in the two-part series finale. Unfortunately, his scene got cut for time; however, The Boyfriend still left its mark on the nineties' greatest sitcom's last episode.

The Finale is set in a courtroom, complete with a judge and jury. The gavel holder's name? Judge Vandelay, presumably of Vandelay Industries.

The former baseball player's guest role was a homerun on the series, especially for someone petrified because he'd never acted before. Hernandez, as he'd always done before, pulled it together in the face of mounting pressures and put on one hell of a performance.

It's a good thing he made his cameo after his baseball career was already over, or else he would've suffered Nice Game, Pretty Boy! taunts night in and night out. That would have been annoying because Hernandez's baseball career was even more remarkable than his time spent with Jerry Seinfeld. 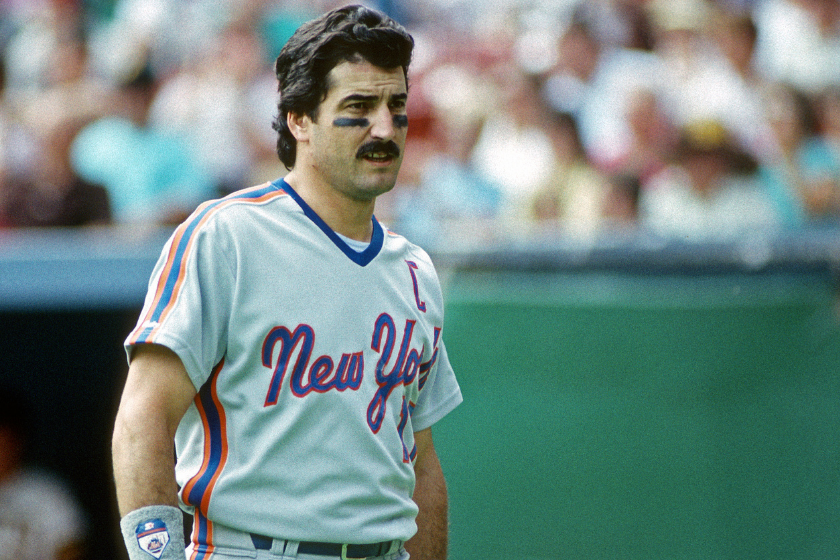 A quick rundown of his incredible Major League Baseball career: Hernandez won World Series with St. Louis and the Mets. He is a five-time All-Star and one-time recipient of the NL MVP Award. His eleven Gold Glove awards came in eleven consecutive seasons, the most by any MLB player ever.

He retired a Cleveland Indian in 1990, a year before getting the call from his agent to become a legend on Seinfeld. But the sitcom isn't his only television appearance - he's a regular commentator on the Met's SNY broadcasts and on July 9th, 2022, the New York Mets retired his No. 17, putting an exclamation point on a career that transcended the game of baseball in pop culture.

He's Keith Hernandez - a legend of baseball and comedy.