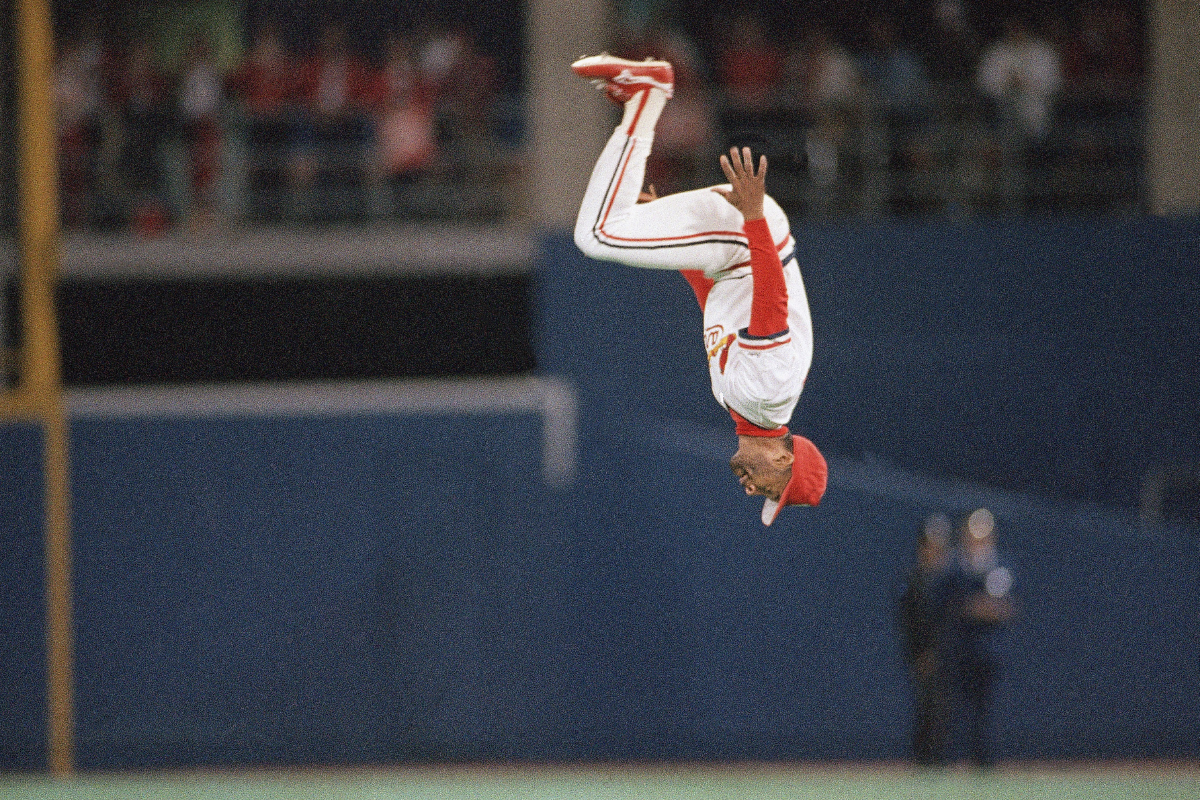 Hall of Fame shortstop Ozzie Smith flipped Major League Baseball on its back. Scratch that — Ozzie Smith made Cooperstown do a backflip.

The flippin’ infielder is one of the greats when it comes to America’s Favorite Pastime. But “The Wizard of Oz” is best known for his gymnastics moves, not bat flips.

On Opening Day and other special occasions, the St. Louis Cardinals star would show off his athleticism with an acrobatic flip.

A cheering crowd behind him, The Wizard somersaulted into the Hall of Fame.

Ozzie Smith joined the National League in 1978 with the San Diego Padres after balking at the Detroit Tigers. He finished second place for Rookie of the Year, making his rookie season baseball cards a wise investment.

Ozzie Smith joined Whitey Herzog, Willie McGee, and the St. Louis Cardinals in 1982. Is it just me, or were names better in 1982?

They defeated the Atlanta Braves in an NLCS thriller the same year. They would go on to defeat the Milwaukee Brewers in the World Series, bringing STL their ninth championship at the time.

The switch hitter earned an NLCS MVP after sending a series-winning home run in 1985 against the Los Angeles Dodgers. The home run allowed Cardinal fans, as legendary broadcaster Jack Buck put it, to “Go crazy, folks!”

St. Louis ran into a jam in the 1985 World Series against the Kansas City Royals. The Cardinals lost 4-3.

The Wizard swung his way to the NLCS again in 1987, this time facing the San Francisco Giants. After slaying the Giants in seven games, Smith lost the World Series to the Minnesota Twins and the National League MVP race to the Chicago Cubs. Call it a bad hop.

Smith landed his final backflip as a professional baseball player in 1996 against the Cincinnati Reds.

Despite Oz’s best choke-up, Houston won the division during his final season.

When Was Ozzie’s First Backflip?

Ozzie Smith first backflipped long before he joined the Cardinals and the Baseball Hall of Fame.

As the story goes, the ritual sprung in spring training with the San Diego Padres.

The position player never imagined he’d go around his horn during the playoffs or a World Series game, but the flip became his calling card and his signature move.

What Makes His Backflips So Legendary?

The backflip didn’t create Ozzie Smith; Ozzie Smith created the backflip. Sure, backflips existed before The Wizard, but no one else did it while wearing 13 Gold Glove awards.

In a sport full of athletes known for whiffing on athleticism, Smith’s slight show of acrobats surely blew some young fans’ minds.

But Smith’s true legend comes from his loyalty and character. Never joining the ranks of big market teams like the New York Mets, New York Yankees, or Boston Red Sox, Oz cemented himself in the hearts of St. Louis Cardinals fans forever.

That’s why when Oz does a backflip, The Wizard is pure magic.