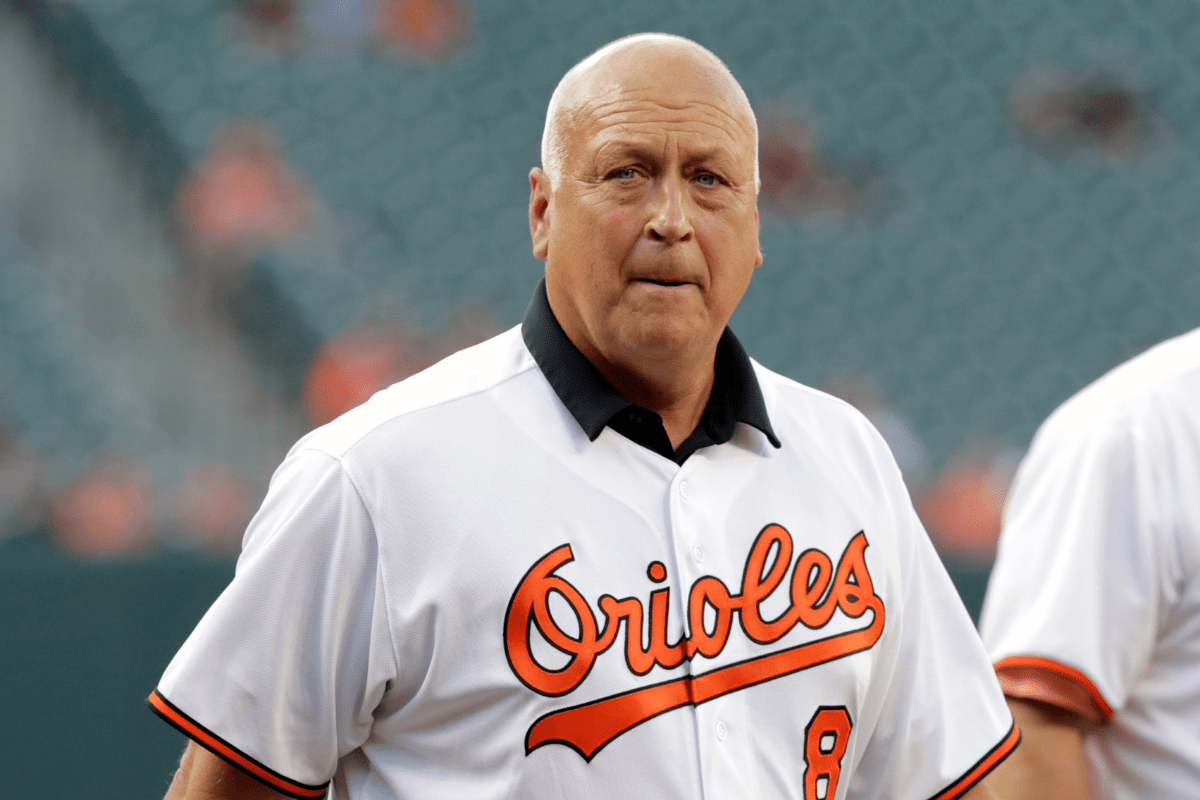 Though Ripken is barely fit to be the lead runner, his nickname is well-earned.

During one stretch of his 21 seasons, Ripken played in 2,632 consecutive games. The streak remains unbroken. Those numbers would load the bases in Ripken’s favor. He hit his career out of the ballpark and into the National Baseball Hall of Fame.

The batter retired in 2001. True to his philosophy, Ripken Jr. couldn’t retire his work ethic.

From helping the less fortunate to fighting his own health battles, the shortstop from Aberdeen, Maryland, has proven his mettle far beyond Camden Yards.

Rip Jr.’s Hall of Fame career had humble beginnings, but the batter was born on a baseball diamond (figuratively speaking).

Rip’s father, Cal Ripken Sr., taught Junior everything he knew about the game. Ripken Jr. reached third base in high school before being drafted by the Baltimore Orioles in 1978. Before he had “The Streak” in the American League, Ripken had a streak in a minor league.

Ripken Jr. played minor league ball in Bluefield, Charlotte, Miami, and New York before settling into his role as a shortstop in the MLB. He hit 25 home runs during his final season in the minors.

In his first season in the majors, Ripken Jr. won Rookie of the Year honors. It was his first Major League Baseball award of many; he would go on to win a World Series, two MVPs, eight Silver Sluggers, and a seat in the Hall of Fame after his nineteen-time All-Star career.

Avoiding the Baltimore chop, Ripken won the Gold Glove, twice. All this, of course, during a consecutive game streak lasting well-over 2000 appearances.

Ripken Jr. played every single MLB baseball team during that streak. From Atlanta to Toronto to Cleveland to Seattle; Ripken made his presence known in every baseball town.

Cal Ripken Jr. swung to retire after a Yankees game in 2001. His retirement was delayed by 9/11, but Ripken retired all the same later that year. Baseball’s Iron Man went out when he was ready, satisfied with the streak he’d left on the game.

A short aside about Jr.’s character in Backyard Baseball– Rip Jr. ripped teams apart. He even made the coveted Backyard Baseball cover. The Hall of Famer also made this peak Y2K commercial for the brand, featuring his youth baseball camps:

Ripken’s philanthropic streak is as impressive as his consecutive games. After breaking Lou Gehrig’s record nearly 25 years ago, he set up the Ripken/Gehrig Fund to raise money for A.L.S. research and support. Ripken continues to be active (a theme for the Iron Man) as Vice-Chair to his father’s Cal Ripken Sr. Foundation, which you can donate to here.

Ripken gave back to his hometown during and after his marathon career. His team set up a huge baseball complex in Aberdeen, Maryland.

The Ripken Baseball Experience Aberdeen Powered by Under Armour Youth Baseball Complex still actively hosts youth baseball camps and tournaments today from Maryland to Texas. The big leagues don’t get much bigger than this.

Cal Ripken Jr. has a family almost as large as his trophy collection. He is the son of professional baseball player Cal Ripken Sr. and Violet Ripken. Violet Ripken was kidnapped (oldnapped?) in 2012 but was safely returned. Her time in the dugout is a deep rabbit hole in and of itself.

Cal Ripken Jr. has three siblings: Fred, Billy, and Elly Ripken. Billy Ripken also enjoyed a career as a baseman, playing with his brother and the Orioles organization for six seasons before joining the Texas Rangers. When it comes to baseball, the Ripkens are a dinger.

Cal Ripken Jr. has two children. His son Ryan Ripken is signed with the Baltimore Orioles.

Major League Baseball’s former Most Valuable Player is now prostate cancer-free. Ripken learned about his early-stage prostate cancer for the first time within the last five years, though he only began to speak publicly about it in 2020.

The Hall of Famer has used his influence and platform to bring awareness to the disease that affects 1-in-9 American men.

The Iron Man keeps going, true to his Marvel nickname. He has proven himself a superhero for baseball players, underprivileged youths, and cancer patients alike.

The shortstop continues his incredible streak of life, well into retirement.

MORE: ‘The Kissing Bandit’ Smooched Baseball’s Best Players, But Where Is She Now?