The Boston Red Sox have a history with curses, and there might be a new one in New England. More than 100 years after the "Curse of the Bambino," some fans believe there's a new one brewing in Beantown: "The Curse of King James."

No, that's not an episode of a show on the History channel. It's a very real thought that was thrown out after the beloved Red Sox went on a historic run of losing and unfortunate happenstances after LeBron James called Boston fans racist. If your inner voice went "what the hell is this writer talking about?" when you read the headline, well, buckle up. There could be some wheels to this theory.

A Timeline of "The Curse of King James" 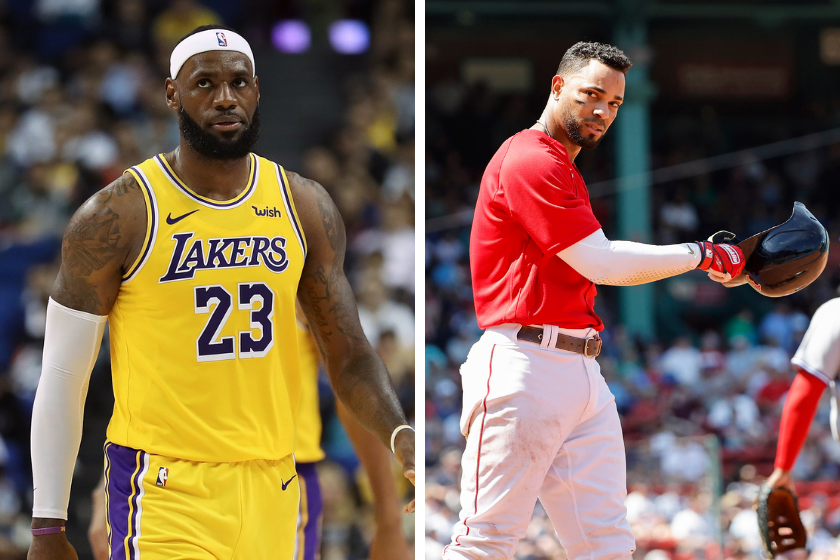 This story is probably best told using a timeline, which you'll understand here shortly. So let's just get right to it.

July 15: LeBron James calls Boston fans "racist as f***" in a conversation on his show, "The Shop." James, who is also a part owner of the Red Sox, blasts the city's fans and claims a Boston fan once threw a beer on him after a game. James isn't the first to call out Boston for being racist. Former MLB All-Star Adam Jones has said it as well. It's just an odd move considering James' stake in the Sox. That same night, the Red Sox beat the first-place Yankees, 5-4, to open a three-game series in New York. Boston is 48-43 at the time. It was a much-need win after four straight losses to the Rays.

July 16: The Yankees smoke the Red Sox, 14-1. Aaron Judge and Matt Carpenter each hit two home runs. Consider this the start of the curse.

July 17: Red Sox ace Chris Sale suffers a broken finger on his throwing hand when he's hit by a line drive in the first inning. He was making his second start of 2022 after he suffered a stress fracture in his rib cage during spring training. Also, the Yankees pounded the Red Sox, 13-2.

July 19: Red Sox players go 0-for-3 with two strikeouts at the plate in the MLB All-Star Game. Giancarlo Stanton, who plays for the rival Yankees, wins MVP of the game after going yard.

July 22: The Red Sox give up the most runs they've ever allowed, losing to the Blue Jays 28-5. Centerfielder Jarren Duran commits one of the biggest gaffes of the season, losing a ball in the lights and not even chasing after it to allow an inside-the-park grand slam. The infield also dropped a pop-up in this game. Some fans blame "Euphoria" actress Sydney Sweeney for cursing the team after she threw out the first pitch of this game. Make no mistake, this curse began long ago.

July 24: The Blue Jays sweep the Sox after winning yet again, 8-4. Boston commits three errors in the game. It's all just completely downhill for the Red Sox at this time. Then there's the statistic that shows this is the worst five-game stretch according to to run differential since 1901:

The @RedSox have been outscored by 54 runs over their last 5 games. That is the worst run differential over a 5 game span in the NL/AL since 1901: https://t.co/ZFyfGdrnvS#RedSox pic.twitter.com/e60d6iKCLh

July 26: After winning the first game against the Cleveland Guardians the night before, the Red Sox lose this one, 8-3. It's significant because they fell to last place in the American League East after the Baltimore Orioles (yes, really) jumped them by half a game. The Red Sox are now 49-49.

They fall to last place in the AL East, a half-game behind the Baltimore Orioles.

How Legit is This "Curse"? 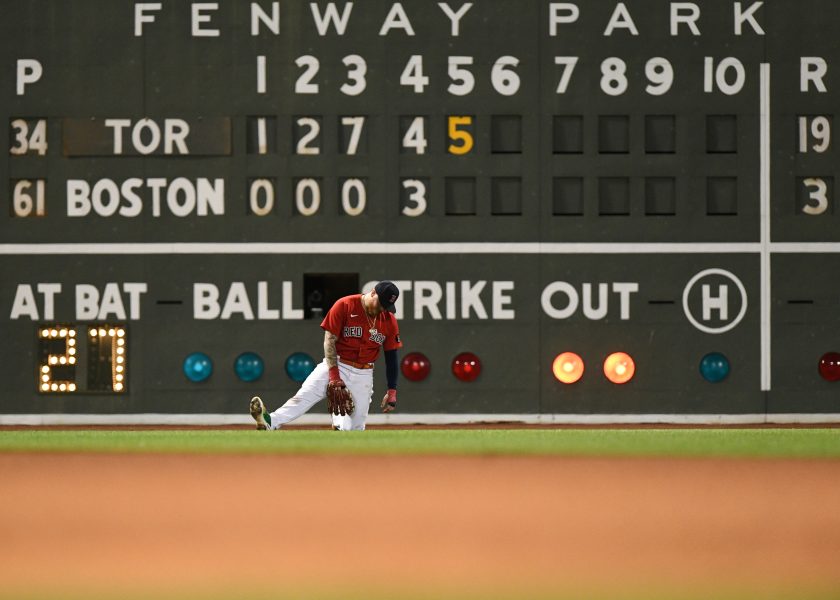 Is this really a curse considering the Red Sox were already losing a crap ton in July? Does the GOAT really have so much power in sports that he can completely curse a franchise? Why are there so many curses involving goats?

The first time I saw this theory was when Barstool Sports' Dave Portnoy tweeted it. Portnoy is a Boston fan, so it makes sense that he's searching for some sort of explanation other than the fact that the Red Sox are just a bad baseball team.

It?s time to legitimately ask whether the Sox have the Lebron curse? They?ve been outscored like 9,000-4 since Bron called all of Boston racist. Tough when a minority owner of a team calls all the fans racist. That?s how curses begin.

My take? LeBron didn't curse the city of Boston. The city's fans may curse themselves by being racist in some sort of karma-driven way, but it ain't Bronny's fault. The Red Sox had already been swept by the Rays before LeBron made his comments. Plus, I'm not so sure a player can curse a team in another sport, even if he's a part-owner of the team.

But if the Red Sox do keep up this horrendous pace to end the season, maybe "The Curse of King James" really does exist.