Fenway Park, the home of the Boston Red Sox, is the oldest active MLB stadium. The ballpark is truly iconic, filled with legendary moments, and should easily be on every sports fan's bucket list. Ask any die-hard baseball fan if they've ever been to Boston's crown jewel and you'll see tears well up in their eyes. Either that or they're a Yankee fan.

The largest attraction at the American League landmark, of course, is the Green Monster.

From its towering height to its manual scoreboard and several other quirks, the massive left field wall in Massachusetts is unlike anything else in Major League Baseball.

Any fly ball hit towards "The Monstah" can be a pitcher's best friend, a left fielder's worst nightmare, and the coolest fan experience of all time all in a matter of minutes. That's the beauty of seeing a Red Sox game in Boston.

Built in 1912, right off of Kenmore Square, Fenway Park is truly a gem, and the Green Monster off Lansdowne Street is part of what makes it such a special place.

The History of the Green Monster 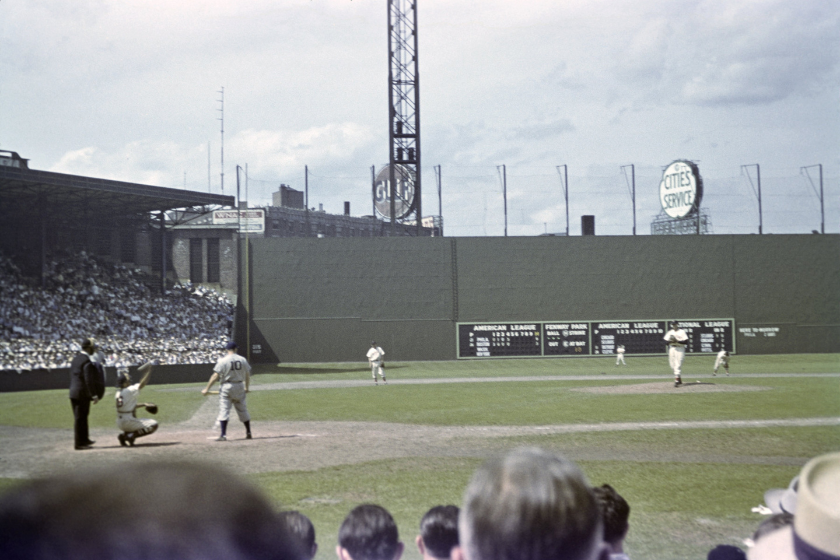 The Green Monster was always a part of the Fenway Park plans, but the nickname came much later, and it was designed for a much different purpose.

"The Wall" or "The Monstah", as many locals called it, was actually put up to keep fans away, according to MLB.com.

When the ballpark was originally constructed to replace the Huntington Avenue Grounds, having a tall wall in the outfield that hitters could smash line drives off of like it was going out of style wasn't supposed to be some cool, state-of-the-art feature.

Boston businessman John I. Taylor, with the help of architect James McLaughlin, thought having it would stop some unpaid Red Sox fans from getting a free show.

So Taylor built a 25-foot wall made of wood and a nostalgic legend was born.

In addition to The Wall, Fenway Park also featured "Duffy's Cliff," a 10-foot mound that formed an incline and extended from the left-field foul pole to the centerfield flag pole. It was named after Red Sox outfielder Duffy Lewis because he somehow mastered playing around that mound, which also provided seats for overflow crowds.

Everything changed in 1933 when a fire destroyed the ballpark, giving birth to the famous wall fans know and love today.

The Wall was rebuilt in 1934 using a concrete base and featuring a manual scoreboard, which is still used today. It also added a 23-foot-tall net "above and beyond the top of the wall" so home run balls wouldn't damage the businesses on Lansdowne Street, according to MLB.com.

That, of course, was taken down in favor of Green Monster Seats for fans in the early 2000s.

There are currently 269 seats atop the Green Monster, making it a hot commodity for Red Sox fans looking for an atypical viewing experience. Standing room-only tickets are also available as well.

How Tall Is The Green Monster? 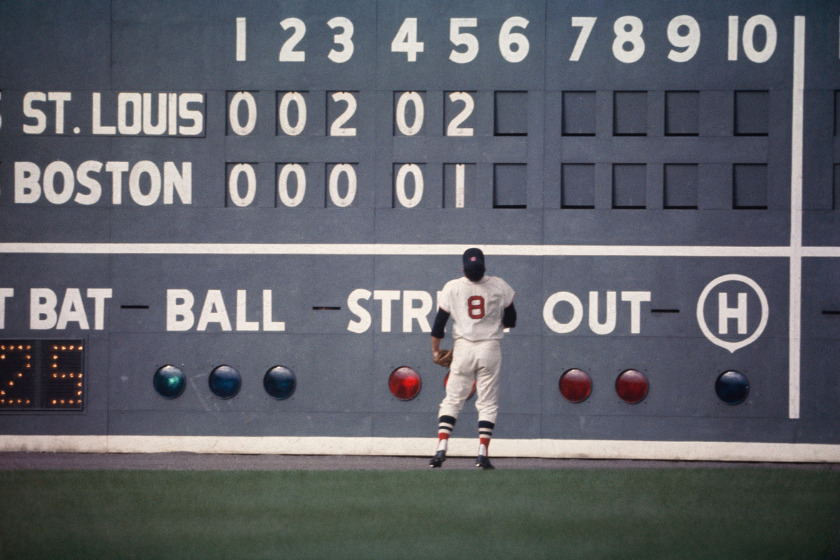 Photo by Focus On Sport/Getty Images

The left field wall is only 310 feet from home plate, so the height certainly makes hitting home runs a lot tougher. The huge Boston CITGO sign behind the wall can barely be seen at home plate.

Why Is It Called The Green Monster? 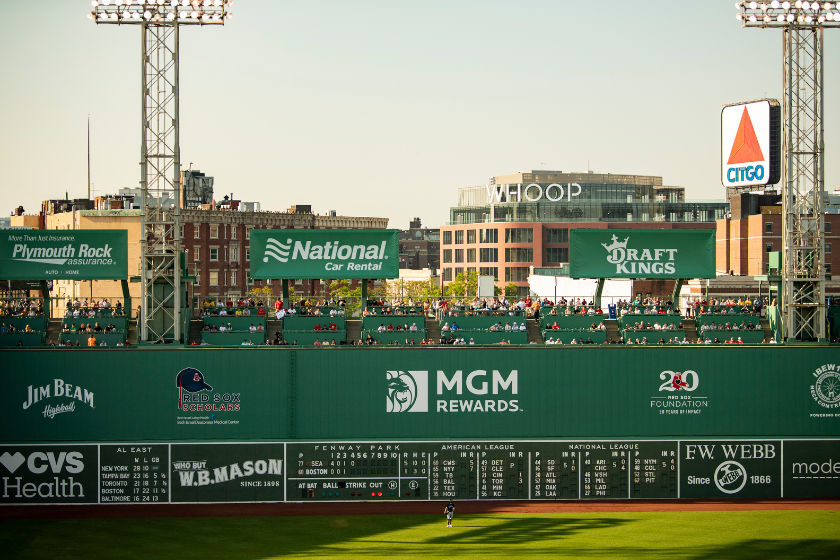 When the new wall of concrete and tin was built in 1934, advertisements were all over the place. That changed in 1947 when the ads were removed and it was painted green to match the rest of the ballpark.

That's how the Green Monster got its nickname.

It also gave the inspiration for the team's mascots: Wally the Green Monster and his little sister Tessie.

Red Sox fans can also put their own Fenway Park Green Monsters in their backyards or even in their living rooms thanks to Benjamin Moors paints, who released a selection of Red Sox-inspired colors to honor Boston's favorite baseball team.

The Green Monster Has Morse Code

A fact many don't know is there is Morse code on the Green Monster. The letters TAY and JRY are written in Morse code, which are the initials of former Boston Red Sox owner Tom Yawkey and his wife Jean Yawkey.

Left field isn't the only historic part of Fenway Park. Right field has some pretty cool features as well, including Pesky's Pole -- the right-field foul pole.

It was originally put in its place to help Red Sox legend Ted Williams hit home runs and fans from all across the world have traveled to sign it.

Whether it's an AL East regular-season game against the New York Yankees, Tampa Bay Rays, or Toronto Blue Jays, an inter-league showdown with the Pittsburgh Pirates and San Francisco Giants, an All-Star Game like the one in 1999 that saw Pedro Martinez named the MVP, a playoff matchup against the Oakland Athletics and Houston Astros, or a World Series win against the Los Angeles Dodgers, Fenway Park is a magical place.

And the Green Monster is always there to marvel at.