There is nothing better in sports than a towering home run. You know, the types of moonshots and dingers that need a tape measure to figure out how far they traveled. It's one reason why chicks dig the long ball, right Tom Glavine?

Babe Ruth. Mickey Mantle. Mark McGwire. Barry Bonds. Sammy Sosa. Ken Griffey Jr. Reggie Jackson. Jose Canseco. These famous Major League Baseball sluggers made hitting deep fly balls to left field, center field or right field look so easy. Sending one into a ballpark's upper deck or completely out of the stadium was their speciality and has always been one of the coolest parts of the game.

From Yankee Stadium to Wrigley Field to Coors Field, and everywhere else in-between, hitters have sent fastballs and breaking balls into orbit for decades.

As for the longest home run in professional baseball history, that title belongs to some guy named Joey Meyer.

The debate for the longest home run ever hit can get rather heated. Should the criteria be MLB only or do minor leagues and high school count? What about how the home run distance actually gets measured?

For example, New York Yankees superstar Mickey Mantle -- the Hall of Fame member with 536 career home runs -- reportedly hit a 634-foot blast against the Detroit Tigers at Briggs Stadium in 1960. It was once honored by the Guinness Book of World Records, too, but it was reversed by Bill Jenkinson and given to Babe Ruth's 575-foot home run bomb in 1921.

Although it wasn't in a major league game, there's no denying the home run Joey Meyer hit from home plate on June 2, 1987 at Mile High Stadium.

Facing a 2-2 count, the Triple-A Denver Zephyrs star took Buffalo Bisons pitcher Mike Murphy so deep that the cameraman couldn't find it. It was measured at 582 feet and still considered one of the longest homers of all time.

"It was just unbelievable," Denverite Mark Danuser, who sat in the third-base stands that night, told The Denver Post, "because it just didn't stop."

On June 2, 1987, Denver Zephyrs slugger Joey Meyer hit a ball into the second deck of the old Mile High Stadium. The home run was measured as having landed an improbable 582 feet from home plate. If accurate, it stands as the longest homer in professional baseball history. pic.twitter.com/OVGACIQVEB

Too bad there weren't more people in the left field bleachers that night to witness it. Meyer hit 18 total home runs with the Milwaukee Brewers during his career. But hey, he hit a freakin' 582-foot blast, so who cares?

On May 30, Miami Marlins slugger Jesus Sanchez broke the sound barrier and walloped a 496-foot shot through the thin air of Coors Field. It was easily the longest home of the season thus far, but it isn't quite the longest we've seen.

In 2019, Texas Rangers outfielder Nomar Mazara blasted a 505-foot home run against the Chicago White Sox at Globe Life Park, which is currently the longest recorded in the StatCast era.

He was tied with Colorado Rockies slugger Trevor Story, who hit a 505-foot shot in 2018 and hit a 518-foot homer in the 2021 Home Run Derby (we're only counting in-game dingers here). However, some corrective Statcast measures dropped that Story home run to 487 feet (only 487, you say?), which leaves him off the list of the five longest dingers in Statcast history:

Now, forget the Statcast era for a second and let us introduce you to some old-timers who have a 500-foot blast (or two) on their resumes. 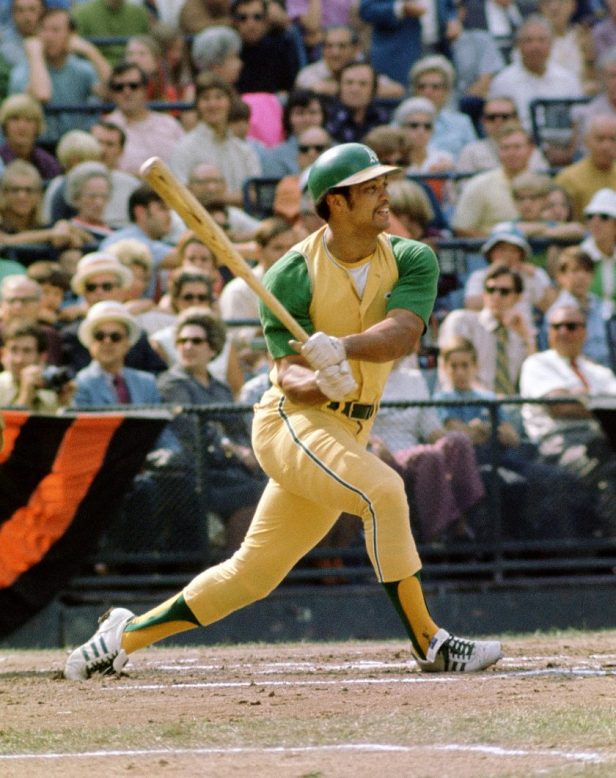 Reggie Jackson, a player many remember for becoming Mr. October in the 1977 World Series, once hit a 539-foot home run for the American League in the 1971 MLB All-Star Game at Tiger Stadium. Chicago Cubs star Dave Kingman once hit one far out of Wrigley Field. Mickey Mantle once hit a 565-foot moonshot at Griffith Stadium.

There are so many star players and fascinating stories behind the game's longest home runs, including blasts off scoreboards, rooftops, in the playoffs and with exit velocities that would make your head spin.

Here is a list of some players with 500-foot home runs in MLB history, according to Sportcasting.com and Bleacher Report:

If MLB's Statcast technology had been around for 100 years, we may have more accurate data for some of these estimates.

One thing is certain about each: these balls traveled a very long way.