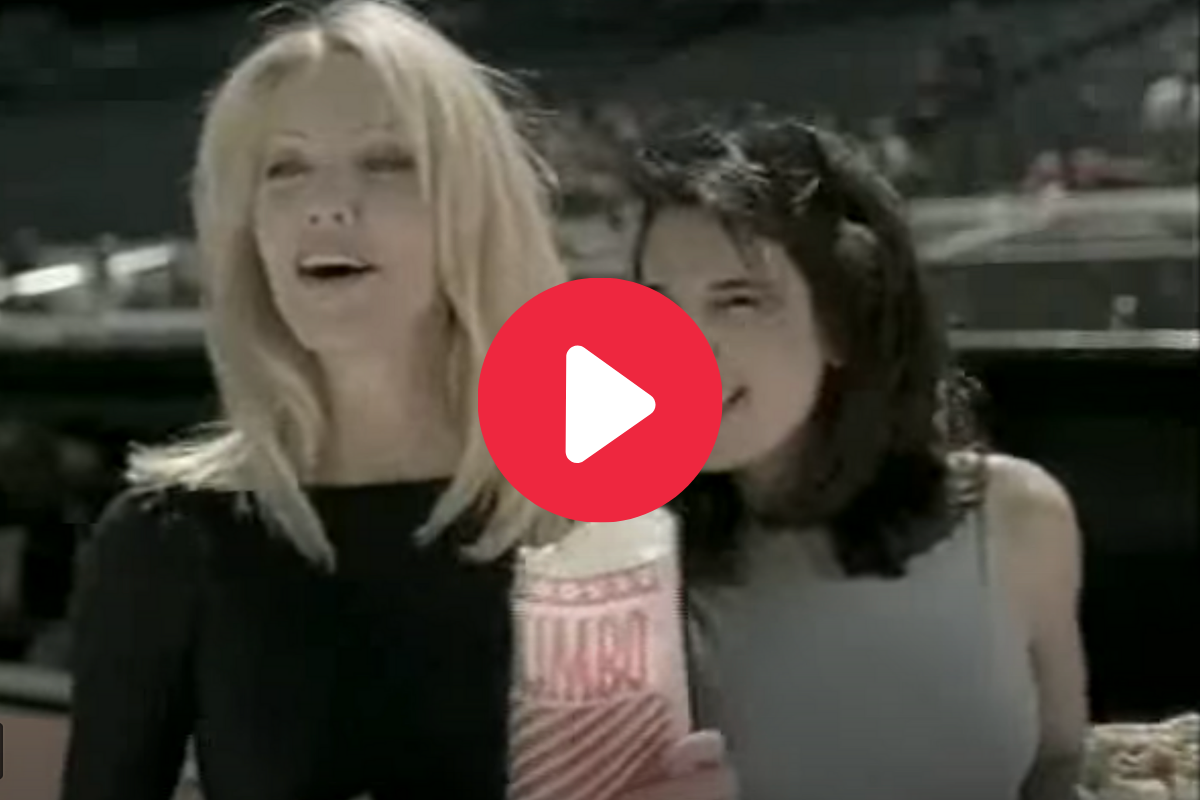 In baseball, nothing brings fans together quite like the home run. Sure, people might love crazy triple plays, eating sunflower seeds and the epic fights, but a blast over the fence pretty much cures everything in life, if only for a few brief seconds.

You want to know something else? Chicks dig the long ball. Atlanta Braves pitchers Tom Glavine and Greg Maddux taught us that in a commercial 20 years ago and it still rings true today.

This Nike commercial featuring the two Baseball Hall of Fame pitchers, St. Louis Cardinals slugger Mark McGwire and actress Heather Locklear was incredible when it was first released in 1999 and might actually be better now.

?How long are they going to worship this guy?? Glavine asked.

The start to the commercial was pure poetry. The rest of it was just perfect.

Glavine and Maddux went into a full training montage to become home-run hitters. The baseball players lifted weights, passed around medicine balls, ran stairs with baseball bats, hung out in the sauna, and even read ?The Science of Hitting? by Ted Williams and John Underwood, which you can still purchase on Amazon right now.

The Nike commercial was all about the Nike Air Max, one of the hottest shoes on the market back then worn by McGwire, who was coming off a record-setting 1998 season and belted 583 career home runs.

However, the world was taught a valuable lesson baseball fans never knew we needed: chicks dig the long ball.

By the end of the commercial, both Glavine and Maddux were Major League Baseball hitting machines at batting practice to get the ladies, but both were definitely more successful on the mound than at the plate during baseball games.

A 10-time MLB All-Star and two-time NL Cy Young Award winner, Glavine also took home four Silver Slugger Awards ? given to the best offensive player at each position. He had a career average of .186 with one home run and 90 RBIs.

Great power hitters? No. Respectable? Absolutely. Both led the Braves to the 1995 World Series title, too.

Knowing what we know now, that both pitchers are Hall of Famers and McGwire is not, how much do you want to bet that Heather Locklear would have chosen either Glavine or Maddux to begin with instead?

MORE: Barry Bonds? Before and After Photos Tell His Entire Story